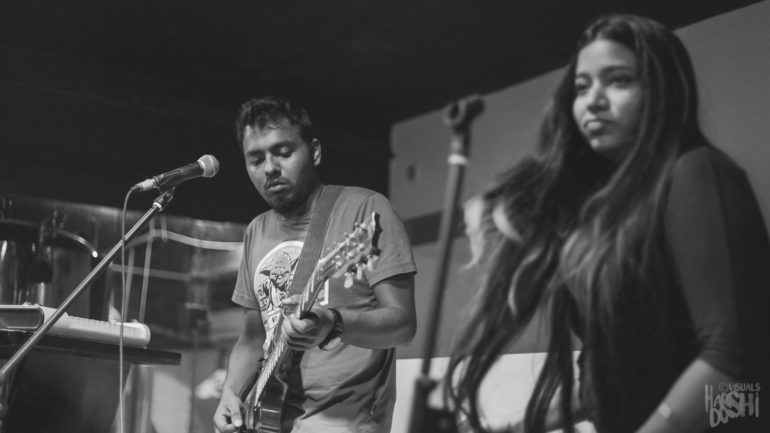 Kolkata based artists Paloma Majumdar and Adil Rashid have been performing together since 2016 and have now put out an EP, titled Alonely. The five-track album sees the duo compose breezy melodies that have been adorned with guitars and pop-jazz vocals.

‘Alonely’ sets the mood of the album, a folksy pop tune with the heavy strumming of Adil’s guitar to which Paloma sings. The song conveys the message that it’s okay to be alone even in the crowd, and celebrates individuality.

‘Fly A Little’ sees more space given to Adil’s guitar work, and one can see the sincerity in it. ‘Come Fly A Little Tonight’, Paloma sings invitingly to the listeners. ‘City Lights’ takes some time in finding its ground but when the hook arrives, it becomes Paloma and Adil’s entirely. This song too has a dreamy quality to it and is thoroughly enjoyable.

You wouldn’t be blamed for mistaking Paloma’s voice for Christina Perri’s in ‘Keep Me In Mind’. There’s a gentle piano line running through the song, with guitars and drums also staying in the background. This song has the quality that many miss from the indie-pop sound.

While the duo sounds like impressive newcomers in the first four songs, ‘Hold On Or Let It Go’ looks like the work of experienced musicians who have established their sound. From the arrangement which is more nuanced to the melody that stays with you for longer and has the most original stamp on it, the five and a half minute song is stirring.

Where Alonely misses the mark is the flow within the album – the mood of the tracks change quite often, if not lyrically, certainly musically. The regular breaks don’t let the melody stay with the listener for too long.

Adil Rashid is an established musician and a known face in the world of music in Kolkata, but it is Paloma Majumder’s voice that enthrals you through the course of Alonely. It’s warm, she has the nuances (there is a beautiful harmony on ‘Come Fly A Little’), she knows how to moderate it as per the requirement of the song, and she is always in control of her vocals. For large parts of the EP, Paloma’s vocals are enough to raise the quality of a song.

The duo has been together since 2016, making music for some time now. Paloma and Adil’s debut EP is impressive, and if this is what they sound so early in their career, we can’t wait to see what’s in store in the future.