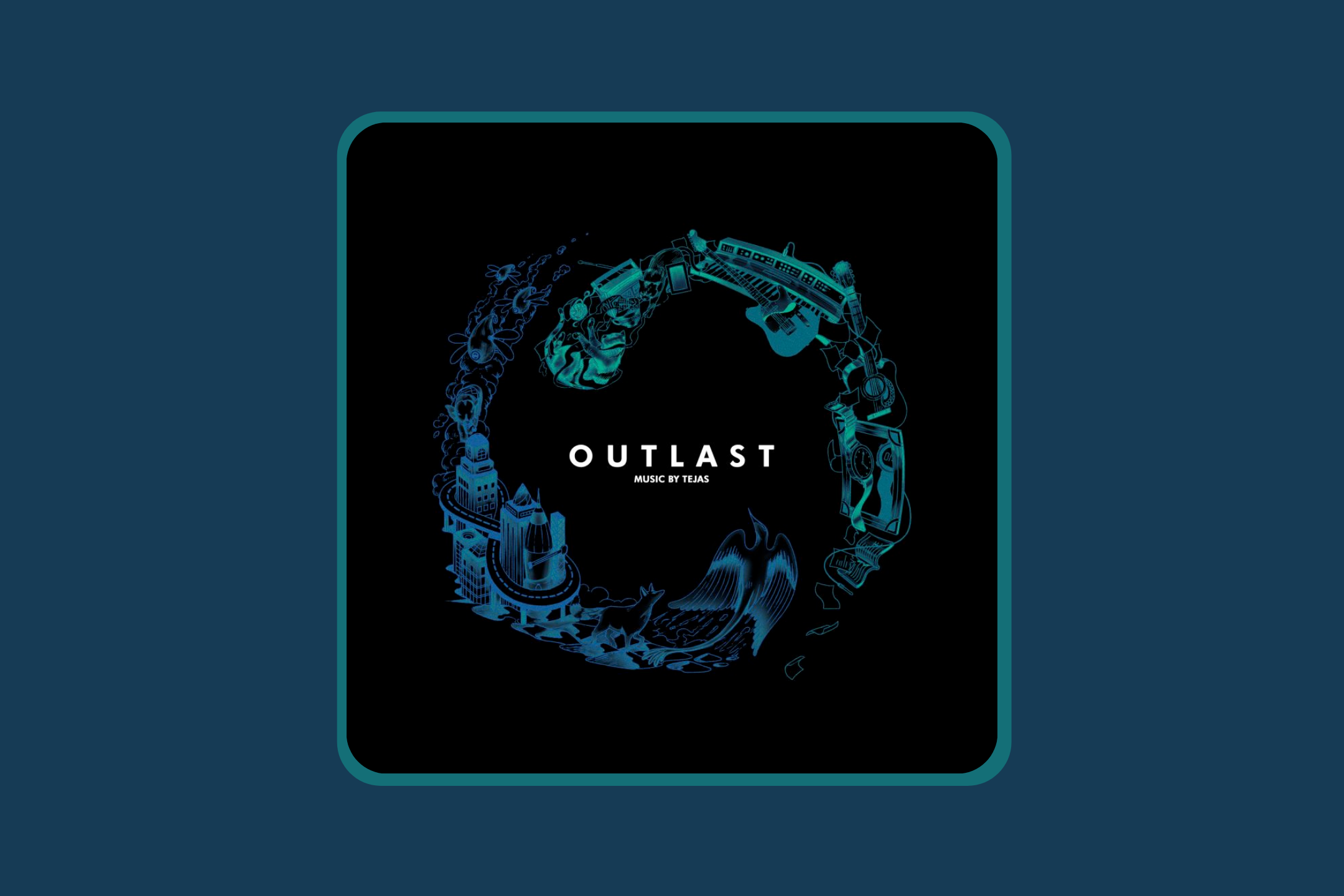 Tejas Menon aka Tejas is one of the most prolific singer-songwriters to come out of India in recent years. For many newbies like myself, he was the first artist that made us really take notice of the wider realm of Indian independent music. And now, he has quietly returned with Outlast, the final installment of the trilogy that began with the highly acclaimed 2014 EP Small Victories and 2017 debut album Make it Happen.

Listeners got a feel for his upcoming sound last year with the hopeful ‘Lead’ and ‘Bombay Doors’, an ode to the chaotic wonder of the city he now calls home. But other than that, he kept fans waiting four long years before finally unveiling his second LP, Outlast. This one faced the double whammy of being a sophomore record, already a tricky one to navigate, along with being his first full-length offering after a considerably long hiatus. And we’re pleased to report that the wait was more than worth it.

If it wasn’t clear already from the title, the album artwork illustrated by Vibhav Singh, or the track titles, Menon’s got legacy on his mind. It’s even a well-timed worry, and sure makes for some powerful songs. The album’s preoccupation with time plays out in unique ways across each track. Humans have long since fought to master time, and Tejas works through the complexities of desiring to do so. At times he fights to hold back an ending, while at other points, he coolly shrugs off its inevitably cyclical nature.

Kicking things off, the artist announces his own arrival with the aforementioned ‘Lead’. Brimming with horns, it’s the perfect theme song for Tejas if there ever was one. It carries that sentiment of sitting-with-the-growing-pains that underpins many of these tracks. He then questions the pop songwriter label while serving boogie-inducing dance floor goodness on ‘Figure 8’. It also features one of the best bridges we’ve gotten from him so far: “Why must I fight for another word/A smaller verse or refrain from it?/To hook you/Won’t make the cut for the radio edit.”

At the halfway point comes ‘Forget Conversation’, featuring buoyant fretwork and pop structures that recall the best of Shawn Mendes. ‘Is Anyone Listening?’ is a synth-laden foot-tapper that ticks away to the best part of the record. ‘Story’ is a cinematic meta-narrative that thrashes with emotional force and glimmers with hope in equal measure. The eponymous ‘Outlast’ is the kind of hauntingly orchestral ballad that will make you hold your breath, complete with a soaring guitar solo that makes for the most tender end credits as one can get.

What equally warrants praise is the collection’s ethos and emphasis on quality over quantity. Following a year where listeners have been inundated by releases–especially hyper-focused lockdown releases boasting variations of ‘We’ll be alright’–it cuts through the clutter, and refreshingly so. Of course, much of this has to do with the dream team of his band, featuring drummer Jehangir Jehangir and bassist Adil Kurwa, and collaborators, which include some of the scene’s most seasoned artists, from Aarifah Rebello to Rhys Sebastian. Outlast is what you’d call maximalist in terms of production, but all that is pared down to a cool seven tracks, a considerable cut from the ten tracks of Make It Happen. Menon prefaced the work simply by saying it was his most personal yet, and that’s the beauty of it. In doing so, it is so much more, so much bigger than himself.

And so, he continues to widen the contours of indie-pop, all the while emphasizing that the best artistry is a recipe, not a formula. Much like Make it Happen, this will go down as a staple in the genre. Tejas will be remembered for pushing past the tired tropes, familiar compositional elements, and cliched themes that continue to plague so many of his contemporaries. If you’re feeling stuck, play this album, and if it doesn’t gently guide you out, it will remind you that “last place is underrated”.