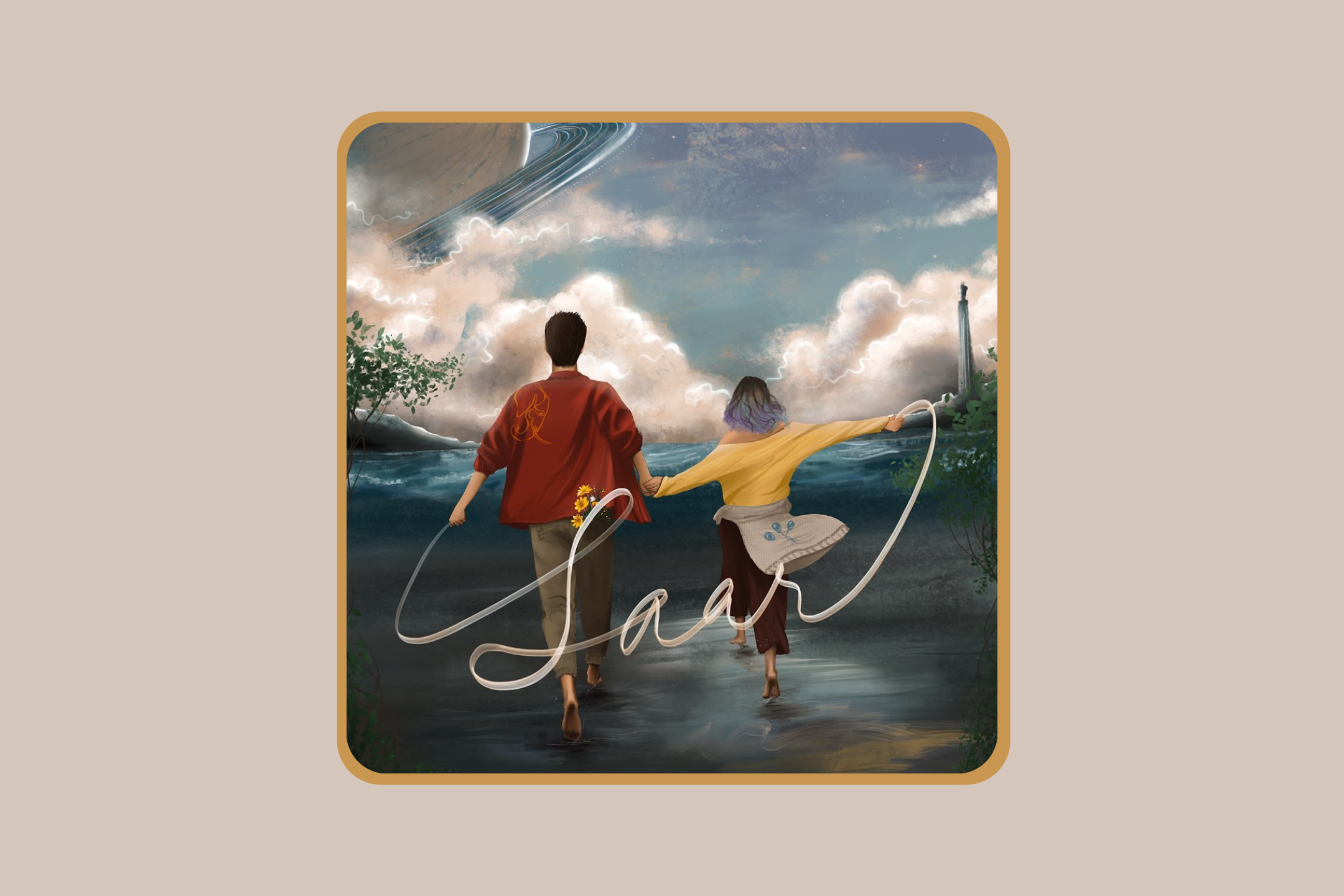 Twenty-something Osho Jain may seem a bit young to release a body of work as the summary (saar in Hindi) of all that he’s learnt so far in life. But debut albums like Saar are hard to come by. Helmed by a composer with a keen ear, this 9-track release anchors the acoustic sound he has come to be known for in fuller, more embellished arrangements—and to our delight—more pronounced stylistic references to Hindi poetry.

Whether you’re an ardent fan or simply a passive listener, you’ll probably agree that the singer-songwriter genre has quickly become a critical pillar of the independent music circuit here in India. This also means that it has since become rather bloated with hundreds of artists trying to capitalize on this moment.

That said, Jain’s work has consistently stood out in this space for his highly distinct style comprising a unique vocal delivery bordering on recitation, poignant lyrical imagery, and easy-listening acoustic instrumentation. The secret lies in how he infuses his songwriting and storytelling, informed by his love for old Hindustani poetry and literature, into the familiar signifiers of classic ‘singer-songwriter’ tunes.

At the heart of it, he has always been a minimalist when it comes to production and arrangement. We had referenced this understated quality to his sound in our past coverage of the artist. But the truth is, it takes a lot of tinkering to successfully juxtapose this kind of poetic lyricism with contemporary instrumentation and retro structures. He does it so well that on first listen you may not even realize what you’re listening to are essentially ‘fusion’ tracks.

In that sense, the artist has truly held his own as a storyteller for the modern age, reworking elements from Hindi classical music and literature for a new generation of listeners. The Indore native has previously cited Jagjit Singh as an influence, whose presence is felt throughout this collection.

The first few tracks are a standard Osho Jain affair. Opener ‘Humara Ho Gaya’ is a tender ballad broaching the turn from ‘mine’ to ‘ours’ over gentle acoustic strums. It is the first of four tracks featuring Sanchi, Osho’s partner who is also behind the whimsical album artwork of the pair frolicking hand-in-hand. The theme of new love continues with ‘Kya Dekhu’, a swinging piano-led ode to the honeymoon phase where Osho submits himself (and his songwriting) to the object of his affection.

In the follow-up, ‘Kaun Apna’, he and Sanchi turn their attention to the flip-side—the relentless cruelty and isolation of today’s times. It’s a timely number reflecting on the year gone by which emphasizes the importance of mental health and checking in on one another.

‘Likhta Hun’ is a deeply intimate moment where he muses on the healing salve of songwriting against a gentle crackling fire. But he enters full-blown ghazal territory with the blues-inspired ‘Mazhab Hai’. Take our word for it, you’ll definitely be hearing this in a Bollywood or OTT rom-com sometime soon.

The second half begins with the fan-favourite lead single ‘Tu Aisa Kaise Hai’, followed by ‘Sheher Me’, in which he warns the listener about the enigmatic yet life-draining allures of the city.

The dark, orchestral ‘Bohot Hua’ is perhaps the stand-out ballad in this collection, built around cascading walls of strings which capture the rupture experienced while consciously freeing oneself of a toxic relationship. The eponymous refrain and the sheer emotional onslaught of the instrumentation will have you breathing a long sigh.

He ends the album on a fun, foot-tapping note with ‘Pyaare’, supported by Pulkit Jain and featuring legendary Hindi poet Hullad Muradabadi. You can’t help but smile at all the nuggets of wisdom wrapped in cheeky lyricism.

The high points of the album are very much rooted in the incredible chemistry he shares with his collaborators, especially Sanchi. Ballad-heavy albums like this one run the risk of becoming lyrically monotonous, but Jain traverses that by constantly switching up his delivery and employing highly imaginative metaphors. The tracklist itself could have done with some re-shuffling and a few more moments of breathing space, but for a package of sonic observations on ‘life, love and existence’, we can’t complain.

‘Saar’ is a spirited selection of masterfully arranged, harmony-laden folk and acoustic vignettes into Osho’s world that were made to be revisited. It’s the kind of sincere, soul-affirming stuff that can move even the most hardened of us, and appeal to even those who may have ditched acoustic and pop songs for their tendency to be mindless or overly sappy.