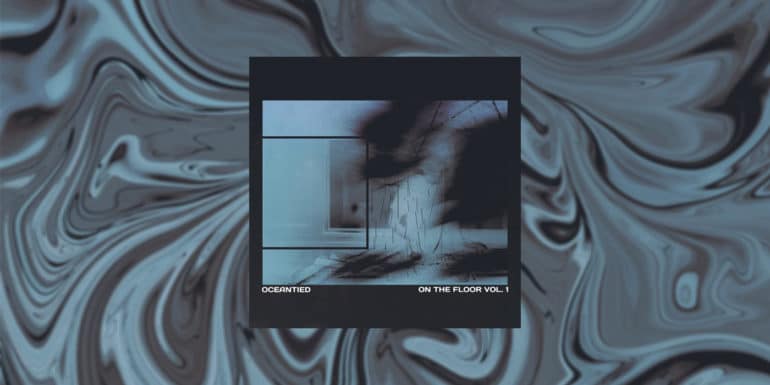 Oceantied continues to push the envelope with On The Floor

Oceantied has come out with the first volume of On The Floor, a new three-part EP series. Inspired by the past few years of DJ-ing, the series is a distillation of new-fangled intuitions from the club floors and his staple drum & bass, and hip-hop influences. With all EPs slated for release this very year, 2019 has been eventful for Oceantied given the releases of ‘Let You Go’ and the remix for Branko and Sango’s ‘Hear From You‘.

Oceantied, the solo project from guitarist Ketan Bahirat, has been on the block for a couple of years now. The name Oceantied came to Ketan on a trip to the beach. “I was making music there and named that project file ‘Oceantied’ and it stayed on.” The project is an exploration of Ketan’s electronic music sensibilities. His production has been influenced by footwork, drum & bass, hip-hop, and the likes.

Released with KRUNK, the new EP has been produced & mixed in its entirety by Ketan. Mastered by Shawn Hatfield at Audible Oddities, Shawn has been a part of the team since Ketan’s debut Tribes back in 2016. Fresh out of Red Bull Music Academy, Tribes, which had been in the works for two years, takes inspiration from Bahirat’s views of the world around him. His debut was a product of his bedrock in new-age electronic beats infused in footwork and jungle.

The EP heavily incorporates samples gleaned from post a sound-sourcing witch-hunt around the gullies of Bengaluru. Having been on tour at top-drawer clubs across the Czech Republic, Malta, Finland and Croatia, Ketan has brought back some renewed artistic notions to create his take on the city inspired modern-club music. On The Floor is a wicked cocktail of heavy 808’s, sub frequencies and contrived samples. All three tracks are solid heavy-weights in the 130 BPM space. His efforts present a darker, more intense projection of the Oceantied brand, one that amalgamates his traditional past with a more incisive future.

The EP cracks open with the formidable ‘Luru’, also the leading single on the release. The track doesn’t take long to establish a barrage fast-paced sound cuts. The track has an accompanying music video released as well. On the track ‘‘Flicker’’, Ketan’s acidic progression with a backing drum beat is a mellow banger. He ends the EP with ‘Work It’, an artful spacing of chopped up vocals and razor-sharp beats. We see Ketan push the needle further on his artistic tendencies with the new EP. This embracement of new sounds commands a veritable yes from us. What seeks to be known is if we will receive a fully realized three-volume series in the same vein of growth, experimentation and downright captivating.