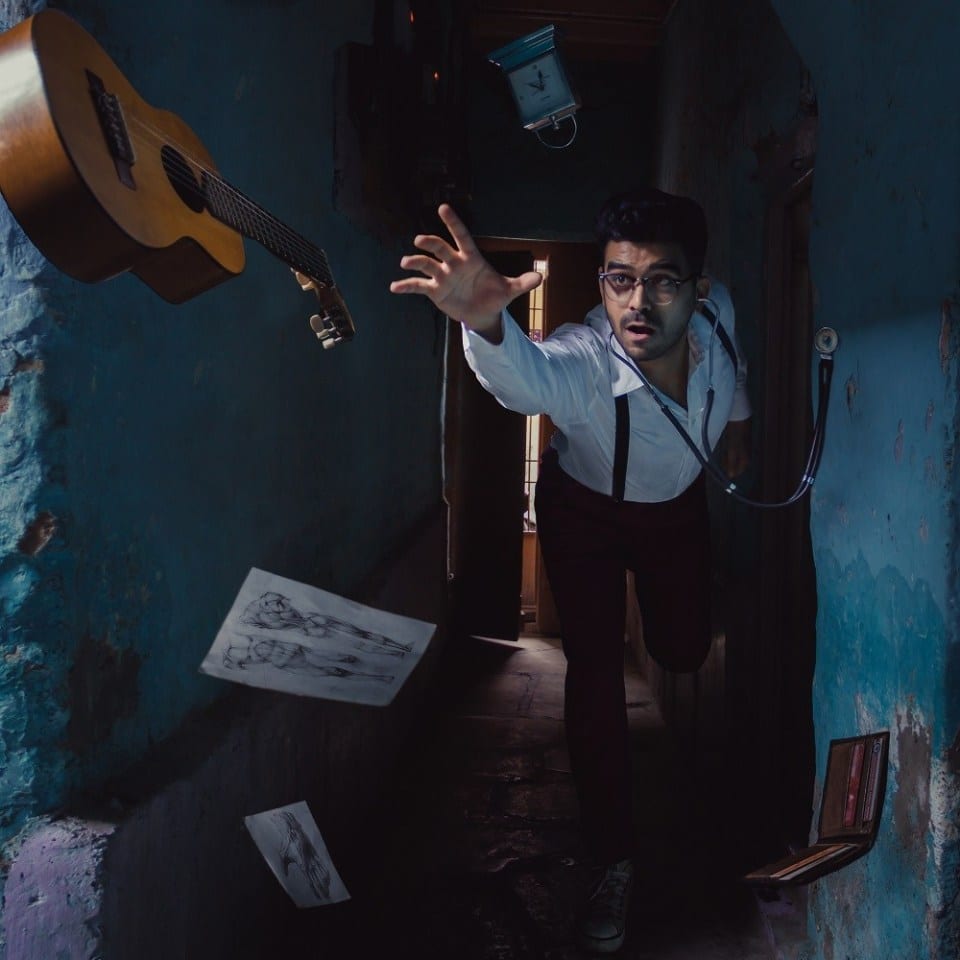 Change is the only constant, they say. The bellbottoms are passé, so are the waxed hair spikes of the early 2000s. But the classic white shirt on blue denims and a well-groomed undercut have been classic, timeless. Similar is the case with the good old country, blues and jazz. They never go out of vogue, do they?

Sunit Zadav’s EP Quarter Life Crisis works primarily because of this very old world charm that it harbours. But that’s not to put lightly the musician’s potent ability to invoke a varied range of emotions through his vocalisations, as is adequately evident in his songs from the album.

‘She Don’t Like Me Anymore’ is the quintessential slow burner, playing on its brisk chords and affable vocals. The orchestration is nominal and that helps put necessary emphasis on the lyrics, that speak of fresh heartache. The measured vocal melancholia adds to its relatable charm. The song gradually traverses towards a soothing chorus by vocalist Kruttika Sequira and culminates leaving you with an inexplicable sensory satisfaction.

‘A Single Day’ is again an instantaneous hook on the impressionable ear. Again, a steady, lax affair, the song ruminates on longing. The chorus and harmonies by Aarifah Rebello, once again are the perfect complementary foil to Sunit Zadav’s vocal efforts. Particularly impressive are his crisp enunciations, that are durable consistent across the EP.

‘Go Find Yourself’ is breezily written and composed and creates the same atmosphere with its similarly veined melody. The use of female chorus is uncannily reminiscent of AR Rahman’s immensely popular ‘Hosanna’ from Vinnaithaandi Varuvaaya, a song ironically quite far removed from the EP’s genre and potential target base. The song heads towards a groovy jazz driven percussive crescendo and finishes on a pleasant note. Sunit’s modulations towards the end, discarding his pleasant timber for a more aggressive one, works in favour of the crescendo he aims for.

‘Goodbye Worry’ is again in tandem with the EP’s easy-going tonality with a brisk, countryside acoustic personality. The lyrics, ruminant and introspective again, is flanked by a deceptively impressionable melody. The composition is celebratory and is one for the artist’s live gigs. There’s a sporadic fumble in his chorus improv, but the artist seems to have consciously retained it, reminding one of a similar decision that The Police had made with ‘Roxanne’. This one would make for a great sunny afternoon and upon the third odd ear, all you’d miss would be a Texan drawl.

Sunit Zadav visibly decided to conserve his best for the very last, for ‘Chandeliers’ is not only the best of the EP, but an absolute cracker and diametrically dissimilar to his other tracks. The song dabbles in the kind of minor scale ambient music that the delectable Sufjan Stevens has come to be synonymous with. Terrifically sung – Sunit is particularly impressive with his extremely measured falsettos- the song takes off slow and slowly brings in its percussion, much like what Dave Matthews did with ‘Studio #27’. The song then opts for a simple groovy end, to not overambitiously aim for an unnecessary peak point. This works massively in favour of the song as the listener would still be stuck in the consistent use of ambient sounds, triggering a very sweet earworm.

The use of profanity in the songs might turn some off, but it gels well with the lax personality of the artist’s songs. Kruttika Sequira and Aarifah Rebello deserve a special mention since their contribution to the EP, minimal as it may be, has helped create the personality it has. Sunit Zadav, who’s also dabbled in playback singing in Marathi movies is definitely one of the better products of Indian’s currently thriving indie scene, and his EP is definitely worth an ear. There aren’t any crises in his ‘Quarter Life Crisis’.