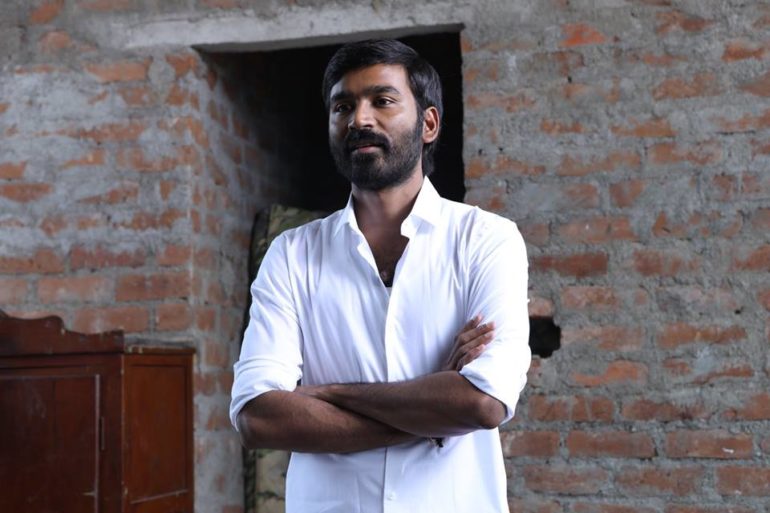 Santhosh Narayanan’s gradual yet near imminent rise to being Tamil Nadu’s successor to the throne erstwhile graced by Ilaiyaraja and AR Rahman has oft been challenged, courtesy the rise of other immensely talented musicians. But the composer, almost achingly consistent with churning out haunting melodies, has consolidated his superlative edge over his peers, with his 25th soundtrack, Vada Chennai. The work, an eclectic mix of all things SaNa, arrives jam-packed with ten songs, a mere month after Amit Trivedi dropped his bomb of a soundtrack for Anurag Kashyap’s Manmarziyaan (14 songs). It is perhaps the songs of Gangs of Wasseypur, another Anurag Kashyap movie, that Vada Chennai is most elementarily concurrent to.

Touted to be a rustic neo-noir crime saga, Vada Chennai has Narayanan dabbling in his usual folk experiments coupled with modern strings and bass. ‘Sandhanatha’ has generous dollops of Koothu, mildly reminiscent of D. Imman’s  ‘Dandanakka’. But the composer’s genius lays in infusing trumpet and trombone-driven melodies into his interludes and using his vocalists Ka Ka Balachander and Gana Bala optimally. The latter has also penned the lyrics.

Dhanush, who’s ironically more popular across the country as a vocalist than for being a competent, National Award winning actor (Why this Kolaveri, one might ask), is surprisingly restrained behind the mic in ‘Goindhammavaala’. An innocuous melody, the song is flanked by Santosh’s trademark orchestral brilliance, as minimal as it is, in the song.

‘Kaarkuzhal Kadavaiye’ starts off instantly reminding one of the infectious flute theme from Guy Ritchie’s ‘Snatch’. The tune has been credited to Sean Roldan, another terrific talent. However, the song diametrically shifts gears to conjure an acoustic melody up, only to again jump on to an ambient, mildly electronica driven terrain. Despite Sriram Parthasarathy rendering to his best ability, the song truly belongs to flautist Vishnu Vijay. While it might not stay with the listener a couple of months down the line, it’s the one that’s most likely to catch on the quickest. The song’s brisker portions might also remind one of ‘Sakhiye’ from the recent Telugu fair ‘Goodachari’ and ‘Kelamal’ from ‘Azhagiya Tamizhmagan’. Incidentally, the latter had also been sung by Sriram.

‘Maadila Nikkara Maankutty,’ much like ‘Eppadiyamma,’  ‘Mathiya Serayila,’ and Alangaara Pandhal,’ is an affable throwback to Santosh Narayanan’s work in Meyaadha Maan another terrific soundtrack that had a few of the best constructed rustic melodies in Tamil music. The composer’s ability to seamlessly vibe the bucolic charm of Tamil Nadu and western classical orchestration together is further accentuated here. The a capella also cements the song’s credentials as a commendable fusion of genres.

‘Eppadiyamma,’ simulating a stage act, has the evocative Sindhai Rev Ravi putting his best foot forward, doing an encore of the legendary Sounderrajan. ‘Alangaara Pandhal,’ crooned by Dholak Jegan is also a similarly veined song. ‘Mathiya Serayila,’ with its minimal background accompaniment, has been sung and written by Arivu. Though the song is bound to be situationally effective within the film, solitarily, it’s among the weaker tracks of the album.

‘Ennadi Maayavi Nee’ starts off with its eerily uncanny semblance to Santosh’s own ‘Kannama’ from ‘Kaala’. This, in turn, had seemed like a homage, albeit a delectable one, to Raja’s ‘Nee Partha Parvai’ from ‘Hey Ram’. Sid Sriram’s inimitable vocal range in one of his better turns in recent memory, has been put to optimum use in the song, incorporating a haunting melody with the accompaniments displaying stirring alacrity. The Strings by the Macedonian Symphonic Orchestra is also in top form.

‘King of the Sea,’ a predominantly instrumental theme, with vocal assistance from Ananthu, starts off shakily, but picks up the pace, soon as the Macedonian Symphonic Orchestra comes on its own. The ‘VadaChennai  Theme,’ starts from where it left off in ‘King of the Sea’. Though the track is considerably shorter, it’s also infinitesimally more sinister with the recurring trumpet and trombone dual affair from ‘Sandanatha’.

The soundtrack, with its mafioso themes and mofussil roots, is the closest India has seen get to the sub-genre Sneha Khanwilkar had phenomenally created for Gangs of Wasseypur. Though definitely not as versatile a soundtrack, it still manages to cover enough ground.

This might not be Santosh Narayanan’s best soundtrack yet. But it nonetheless manages to be one of the best soundtracks of this year is credence enough to his immense potential. Here’s to more from the man worthy of being the millennial’s ARR.