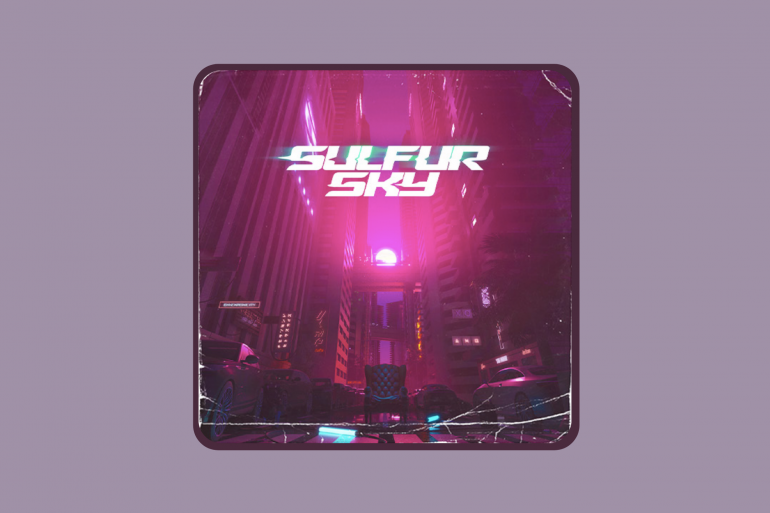 You’re surrounded by mercurial skies. The pink-orange hues of another world envelop you as you find yourself at the precipice. You’re on the edge of falling into something new, still holding on to what you know, though. You’re in the in-between, taking no steps back, moving only forward.

Well, keeping the romantic aside, that’s just one of the pretty pictures painted by Mumbai-based synth wave artist, Sulfur Sky (aka Siddharth Chopra), in his self-titled debut EP. The new project, a collection of 9 tracks, traces a grandiose audio-visual experience for anyone listening. In fact, it’s almost impossible not to be transported into some other moment or world.

With Sulfur Sky, Chopra attempts to “combine the past and the future to create the present”. Suffice it to say, he has succeeded. Brimming with “textures of the new retrowave and tones of 80s synth-pop”, this EP is a sincere experiment in the design of “future nostalgia”.

Quite aptly, ‘Time’, kicks off this journey to and from eras. Jam-packed with dreamy production elements, this one is a 3-minute-long manifestation of Chopra’s vision coming to life. With a bubbling techno-synth arrangement, supported by blurred vocals, ‘Time’ builds the soundscape that you’ll soon be immersed in. Rounded off in its design, the track offers a steady groove that invites you into this new world, as if to say “take a ride of these sulfur skies”.

‘Ascend’, the second track on the EP, picks up where ‘Time’ leaves you. Chopra’s echo-y vocalisation of the refrain, coupled with transportive retro percussion taps into an exciting emotional reserve. The track also throws some surprising guitar work one’s way, taking the ascent to a crescendo, breaking up any monotony that may have threatened the piece.

Somewhere along the way, techno samples creep into Sulfur Sky, but never overstay their welcome. ‘Are You There?’ and ‘Redux’ follow suit, striking the perfect balance. And the latter is where Chopra’s penchant for an engaging and all-encompassing rhythm section becomes obvious. Rounded off by haunting vocal samples, ‘Redux’ is a pulsating and intense sonic experience.

‘Synergy’ swiftly takes the intensity of its predecessors and turns the listening experience into a hopeful one. Abundant with sparkly synthesisers and energetic kickdrums, the track sets the stage for the most accessible piece on Sulfur Sky – ‘Home’. Wrapping you up in an air of familiarity, ‘Home’ finds itself peppered with flashes of the 1975. And in what seems to be signature fashion by now, Chopra doesn’t let you stray too far into comfort, breaking up the track with a mellow and skilful guitar riff.

The journey ends with ‘A Place on Earth’ and ‘Synchronicity’, both equally engaging in their sound, bringing you right back to the start of the album.

Laden with catchy 80s synth-pop, rollicking drums and futuristic vocal samples, Sulfur Sky is a well-realised moment in the artist’s musical experiment. With his fantastical designs, Chopra sets out to create a replica of time with the help of music. And so, the EP arrives as a dreamy, nuanced soundscape. Sulfur Sky is a journey, through what you know and what you don’t; from the past to the future. But, what’s special about this one is that it gives you the space to make of it, what you will.