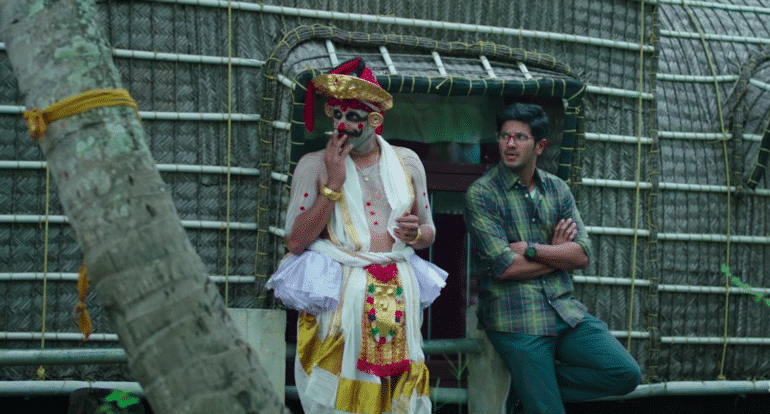 Road trip and coming of age stories have often been the canvas for some of the finest composers to showcase their music. Often they become part of our personal road trip playlists and Karwaan’s music has the potential to creep into many such playlists.

The album starts with ‘Chota Sa Fasana’. Composed by Anurag Saikia, it feels like the perfect road trip track/journey song, complementing the film’s sensibilities. The song has been penned by director Akarsh Khurana. Arijit Singh renders the song featuring a lot of ambient electronic sounds, beautifully. Saikia’s arrangement in the track is quite nice, with Ishan Das’ electric guitar particularly elevating the quality.

Composer Saikia’s other song ‘Heartquake’ has two versions, both quite different. He gets fellow Assamese Papon to sing the track. There are no doubts over Papon’s vocal abilities but the song includes a line called ‘main aashiq hoon, koi creep nahi’, and given the controversy surrounding the singer, it seemed like much thought wasn’t given to the lyrics in post-production. Khurana’s lyrics are anyway quite distracting because of the Hindi-English mix that doesn’t work.

Prateek Kuhad stays true to the kind of intimate songwriting he has become famous for. The piano, the drum and the indie-folk sounds in ‘Saansein’ are instantly charming, and it is clear how Kuhad has mastered this feel and genre. His other track, ‘Kadam’ has a lot of acoustic guitars and the mood is more wistful. The opening riff is pleasant and features throughout the song. The bass kicks in later in the track and gives the whole melody a more rounded feel. Prateek Kuhad, who recently released his new EP, has been the most significant act in independent music in the last few years and it is clear that his formula is working well for him.

‘Dhaai Kilo Bakwaas’ has been composed by SlowCheeta and Shwetang Shankar. An upbeat track, it also features some Malayalam lines that are supposed to add to the fun nature of the track. The song doesn’t stand out, especially with the complete change in direction of the melody during the rap section. It’s a shame because it starts on a promising note.

Composed by Imaad Shah and sung by Saba Azad, the Madboy/Mink duo, ‘Bhar de Hamaara Glass’ is perhaps the best song in the soundtrack. The Mikey McClearly style, especially because Azad has collaborated with him on several occasions in the past, shines through but it doesn’t seem repeated or wholly replicated. It stands out for the dream-pop sound, and the exuberance Azad brings in through her naturally sultry vocals.

An enjoyable soundtrack, Karwaan is an excellent case study of the advantages of having a multi-composer lineup – different, varying styles with decently engaging content.