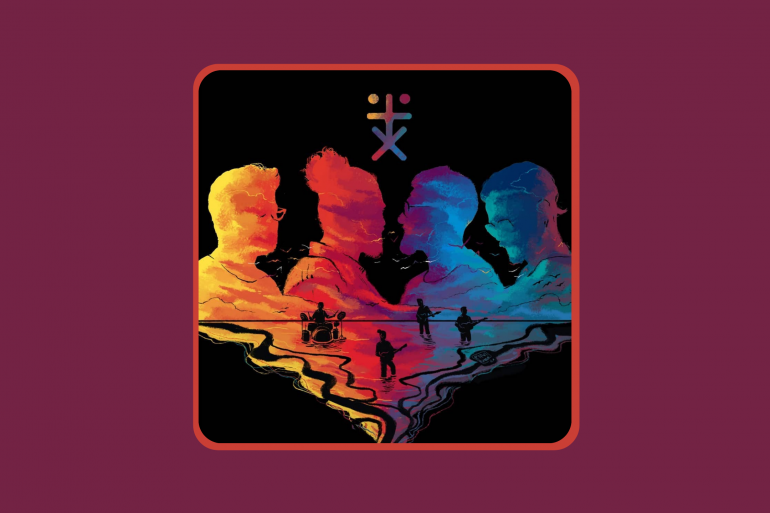 Carnatic jazz, conceptually speaking, is rife with the potential to be misunderstood. The purist will lose themselves in the controlled chaos, eyes rolling back in ecstasy. The novice hasn’t a clue of which way is up, brows furrowed in confusion as a grimace finds its way to their face.

At eye-level, there are several points of reference: John McLaughlin and his Mahavishnu Orchestra, the works of Al di Meola. Guitar Prasanna would be in there somewhere, hard to locate as he disappears up his own backside. At its core, the genre is about a conversation that varies its pace, falling into an occasional awkward silence before an epiphany takes shape.

Jatayu’s Chango Tales was a solid announcement of a band in control. The EP contained a series of well-constructed tunes that had plenty to say without exhausting themselves. A follow-up was long-awaited, and the group delivered soon enough with Moodswings. However, the band made the choice of looking backwards for answers this time; the EP’s titular track and ’69’ are from as far back as 2017, and regular fixtures of their live shows. Constructed during the pandemic, the EP built itself over casual hangs and group lunches – and it shows.

The overall sound of the new record is visibly relaxed, with everyone in the group sounding well settled in their roles. The opener and title track enlist Akshay Ganesh once again; a repeat from Chango Tales. Bouncing spritely in fives and engaging right from the start, the tune occasionally moves into a bluesy snarl but sticks to the rhythm set by drummer Manu Krishnan.

‘Dual Raga’ is a plodding tune at first, a pleasant lead melody that is bolstered by a steady backbeat and accessible chord progressions courtesy bass player Kashyap Jaishankar and guitarist Sahib Singh. Sahib impresses throughout the EP in his restraint, his phaser-laden guitar acting as the psychedelic friend to frontman Shylu’s frenzy.

’69’ follows and draws a clear line between itself and the previous tune. Hitting the ground running, the pace and ambition are in stark contrast. As previously mentioned, the song is from 2017 – fresh in thought and intent, unrestrained to a fault. The song’s “head” is the best bit, hummable even with the timing hoops to jump through. The most striking feature at this point is how good this record sounds. Each band member is crystal clear in the mix, Kashyap’s bass is an especially exciting meld of low rumble and menace. Manu’s drum work is a far cry from the aggression he usually doles out during his heavy metal stints, choosing elegance and grace and most importantly, space.

At this point, however, there is subjective fatigue, that is noticeably felt. ‘Salad Days’ has its fair share of moments with the guitar interplay, but feels like a chore as it drags towards the EP’s end. Nothing has really changed for one to feel this way; Shylu’s guitar is still emotive in every way, Sahib’s delayed guitars skipping alongside. Manu spits fire at the earlier observation as he descends into a miniature drum solo that harkens to the very skin he’s shed.

Then the EP just, sort of, ends. Flatly. Maybe that’s the underlying issue with a genre such as this; Instrumentalists spread their wings wider as flights of fancy ascend higher and higher, only to drop like a lead balloon when the time comes to reel it in. Not the closer one would imagine, the excitement ebbing away as the track comes to a sputtering halt. Almost like it has overstayed its welcome and is hastily trying to book a cab to get the hell out of there.