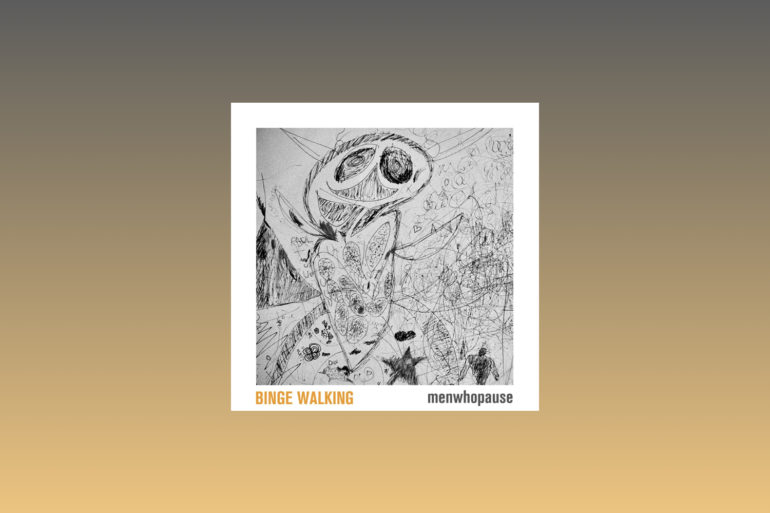 Before you want to unpack this sort of opening statement, what does immediately strike you is a very familiar voice that makes you do a double-take. Sometime last year, Menwhopause’s former vocalist Sarabjit Chadha returned to his place in front of the mic and a few jam sessions later, Binge Walking was born in all its psychedelic and atmospheric deliriousness. Chadha, who featured on the 2006 album Home and 2011’s Easy left the band a few years later, with Menwhopause’s bassist Randeep Singh taking over vocal duties and the band adding keyboardist Shiv Ahuja for 2017’s exceptional Neon Delhi. Chadha’s raspy, sublime croon now returns almost as if nothing had changed at all.

But to back up a bit, a lot has changed for Menwhopause. They’ve toured India’s North East, worked its backs off with the Ziro Festival of Music in Arunachal, linked up with Austin’s indie label Chicken Ranch Records and performed at SXSW a few times over. Neon Delhi was a harsh love letter, but the years haven’t exactly been kind either, considering guitarist Anup Kutty and bassist Randeep Singh were both accused of sexual misconduct when women spoke up against harassers across the board with the #MeToo movement. The band refuted all allegations made over on a blog and all public social media posts naming Kutty and Singh have been taken down.

Perhaps ‘Little Lies’ is addressing this, even in its easygoing, atmospheric synth-led manner. They muse on the idea of lies and privilege, picking up fuzzy riffs as they go along. Neon Delhi held back nothing when it aimed at the stench of privileged ignorance and national apathy, but ‘Wondrous’ is perhaps Chadha’s way of writing something much less direct – somehow drawing parallels between open defecation and shame. He drills in the refrain right through the four-minute track, which means this might be Menwhopause’s closest radio-friendly song.

Layered guitars and a swirling synth line go over a robotic beat from Aveleon Giles Vaz on ‘Off-Kilter’, another meandering but trippy musing on time. It’s where you can tell Menwhopause probably just sat down on a jam and fleshed out a solid idea. Even more certain in its psychedelic seemingly endless jam origins is ‘This Place’, Ahuja’s synth lines eddying from front to back and Chadha’s delay-heavy vocals coming in with Kutty’s sharply focused guitar lines that break into angsty riffage. When you’ve been in the game as long as Menwhopause – more than 17 years – it’s not likely that you repeat a formula, especially when you’re in rock ‘n roll. ‘She Devil’ is pretty close to ‘This Place’ in terms of mind-bending intent and totally turn on, tune in, drop out, just more destructive as it grows louder and louder.

The band turns to Vaz and Ahuja to create a more electronic lead for ‘Mellow Breeze’, which is half-robotic in its beat for a while, unravelling slickly with Chadha’s reminiscences. He squares up and offers, “Not scared. Not sorry. No remorse. No regret.” They close with ‘No Awnings’, something of an antithesis when it comes to a song about nature, considering Chadha invokes the sun, “mountains made of trees” and rain over a completely unsettling, sometimes disjointed lead melody.

But that’s what you can expect from a band who have often loved to offer jadedness and cynicism as solace. The end goal might be comfort, but there will be plenty of uncomfortable introspections along the way.