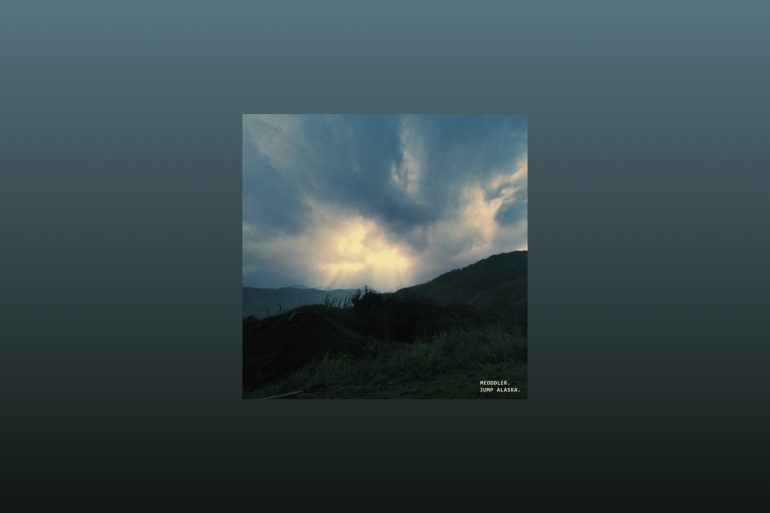 Medddler delivers a conceptual wall of sound on Jump Alaska

It is hard to believe that Medddler is a one-man act. Over the course of 7 years of recording, mixing and arranging music, Mumbai-based producer, guitarist and composer Angad Bhatia’s musical palette has reached far and wide. As his alter ego Medddler, he has released music with multiple other Mumbai-based bands namely Festacorn (progressive metal), CandyFloss (electro-synthpop) and GreyFade (punk-rock).

But Medddler on his own is a different animal altogether. His debut EP under this moniker, Jump Alaska, is a tight, no-frills 20-minute experience, written with multiple phases and emotional switch-ups. He describes the inspiration behind this project as an attempt to manipulate sound waves in carefully crafted patterns to explore different areas of his mind.

Throughout the record, there are a few core ideas that make up the basis of the music: unpredictable traversal up and down a large dynamic range, dense textures and changing time signatures. All of these ideas converge in the best possible way on ‘King’s Court’, which also happens to be the longest track of the EP, clocking in at almost seven minutes. The track has a heavy post-rock vibe with multiple layers of fuzzy guitars stacked on top of each other to fill the space with a dense texture. The following track, ‘Artery Intima’ turns this up to eleven with the gargantuan wall of overdriven guitars, designed to suffocate the listener, though in a good way.

However, not all tracks on the EP are just dense textures. The haunting lead melody on ‘Pause’ is dissonant and powerful with blaring, abrasive sounds towards the end. The glitchy intro on the closer ‘Parachute Prarie’ follows a similar structure and is said to be Medddler’s perception of a sky-dive before heading to green grasslands. It is a good payoff for the tension that he builds up so carefully on the preceding track, ‘Artery Intima’. Every single track is relentless and packed with shifting ideas – with the exception of ‘January’. The pop-grunge flavour on the track and repetitive riff make up for an experience pale in comparison to the rest of the EP.

Medddler describes this body of work as his attempt at portraying “themes of tranquillity, escapism and equanimity”. The extent to which the listener would resonate with this intent is dubious, at best. However, as a 20-minute emotional journey, Jump Alaska is absolutely relentless. The payoff you feel after trudging through the abrasive soundscape is very satisfying. Digging beneath the dissonant walls of sounds that he crafts, one can find expertly crafted progressions, catchy drum grooves and an overall well-produced and orchestrated body of work.