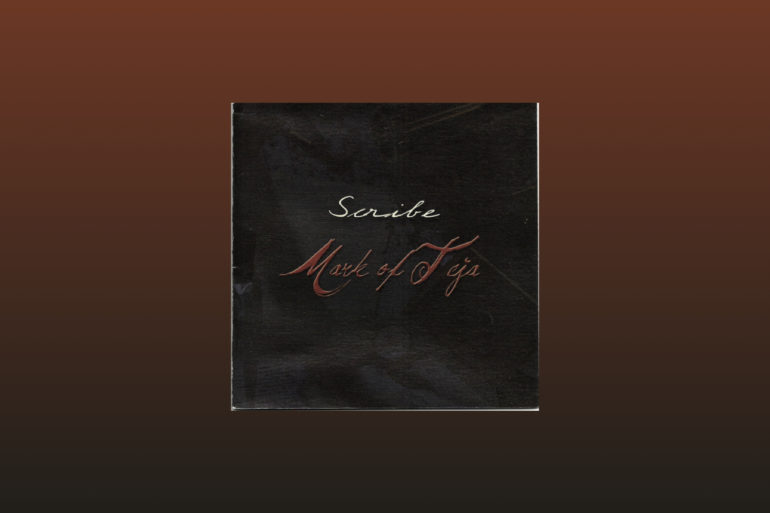 Scribe pitch the fun-metal flag with ‘Mark of Teja’

Around May of 2010, I received what would be my first ever advance copy of an album for review purposes. It was the soon-to-be-released second album from Mumbai’s self-styled hardcore band Scribe, its front cover embellished in dark blue, black and a murky hue of red and called Mark of Teja.

And just like that, if you’d watched cult Bollywood comedy Andaz Apna Apna, you knew that Scribe was perhaps in the most serious movie fan club in the world. They took the themes and characters from the movie and built it into their universe of power-drunk industrialists and mad science. But it’s so understated in the album inlay and generally in the band’s history that perhaps the concept wasn’t that important, the music was.

New Delhi’s latest label on the block, the erstwhile Grey and Saurian, was ready to make sure Mark of Teja was right on par with their releases so far – including Bhayanak Maut’s untitled record – when it came to production value and promotions. All this, in hindsight, made the album one of the more disruptive collections of music for its time.

By 2010, Scribe’s outgoing drummer Niraj Trivedi made it count by clearly helping the modern metal outlook on Mark of Teja, while retaining the destructive hardcore chops.  The title track, the centrepiece on the album, is an all-out djenty riff-fest that doesn’t even feature any of vocalist Vishwesh Krishnamoorthy’s maniacal personas. Guitarists Prashant Shah and Akshay Rajpurohit are the ones duelling on this one, with bassist Srinivas Sunderrajan never missing his cues for chaos.

There’s plenty of rhythmic calisthenics on show throughout the 14-track record. Live staples such as ‘RSVP’ and ‘Street Archana vs Vice Varsha’ are surefire moshpit mobilisers. At the same time ‘DemonPra’ brings brutality and ‘Heidi’ shows off their liking for instrumental prog acts like Cloudkicker. Songs like ‘Kamla’s Back’ and ‘M-Power’ explore the darker, sombre side of Scribe, bouncing riffs off the wall like a hardcore band would but never relenting in tempo. It’s perhaps the most imposing side of Scribe, with its foot on the pedal, one that sometimes settles down into a wave of lush ambient, guitar-informed loops, like on ‘Don’t Say’.

The rest of the time, the trademark Scribe that parties down and is a laugh riot is on display. They mine their love for Hinglish humour and some typically Bombay slang (and bureaucratic Marathi on ‘1234 Dracula’). ‘I Love You, Pav Bhaji’ jumps from 0 to 100 on the fun-metal scale, seeming like almost each band member is trying to outwit the other in their parts, as Krishnamoorthy begins rattling off instructions to make the beloved dish. The buoyant happy-hardcore vibe of ‘Dum Hai Toh Aage Aah!’ shows just how laterally Scribe can think, placing an emphatic song alongside seriously emotionally intense tracks like ‘Kamla’s Back’. ‘1234 Dracula’ is paced like a rollercoaster ride in all its djent goodness, while ‘Judge Bread’ sees Krishnamoorthy beginning to show how theatrical he can get on the mic and why he’s irreplaceable.

In their disruptive ways, Scribe wasn’t necessarily walking alone in the Indian metal sphere. After all, there were bands like Demonic Resurrection, Third Sovereign and Infernal Wrath repping death metal, Bhayanak Maut and Inner Sanctum bringing monster grooves, plus Undying Inc. getting intensely technical. But the paths seemed to have diverged like a tree growing branches and Scribe were arguably on the road to becoming India’s bona fide metal party-starters with Mark of Teja.