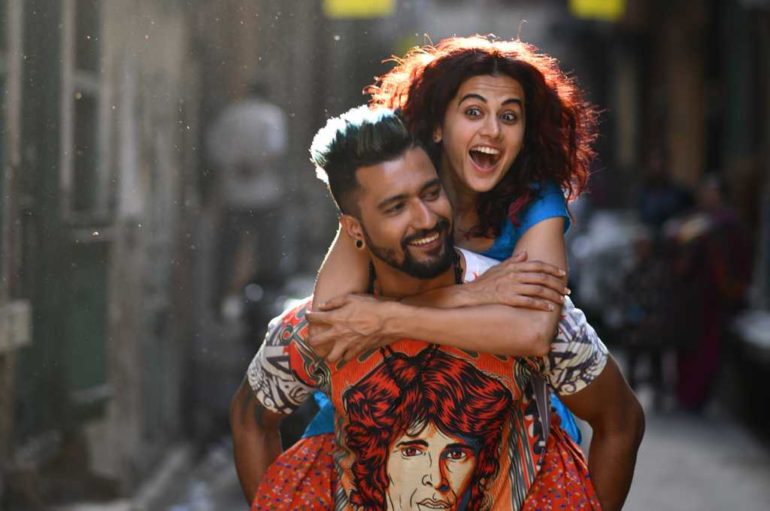 Getting Amit Trivedi out of his insipid period is Anurag Kashyap’s Manmarziyaan. Kashyap is masterful in using the soundtrack of his films as a narrative device instead of using songs purely as an ornamental tool, and Manmarziyaan is no different. The movie, set in Amritsar, requires the sound and words to be Punjabi and Trivedi and Shellee do complete justice to it.

‘F Se Fyaar’, the opening track of the album is the perfect Punjabi hip-hop track for film music lovers, with a good balance of melody and rap. The whole movie pretty much revolves around modern-day romance, pyaar, and made up and obvious portmanteau for lust, fyaar. Shellee’s lyrics are light and meaningful – ‘Pyaar vich Raanjhe Majnu lutt gaye / Fyaar waale jagah milte hi jutt gaye’. Mast Ali sings the song with the required groove and Vicky Kaushal raps along nicely.

In ‘Daryaa’, the melody soars and Shahid Mallya and Ammy Virk sing the tune with conviction. Deveshi Sehgal’s ‘Unplugged’ version of the song is a bit jarring exclusively but the usage of both the versions in the film is exemplary. The fuller and more soaring version is used for the relationship arc of Vicky and Rumi, and the stripped down, more bare rendition is used for Robbie and Rumi.

Trivedi creates a beautiful melody for ‘Grey Walaa Shade’, a song that encompasses most of what the movie is about – love cannot and will not conform to a set category of rules. Feelings can often find a home in the fuzzy area that cannot be defined. The Punjabi earthiness comes out beautifully in the instrumentation. Jazim Sharma and Harshdeep Kaur do a great job handling the vocals. The electronic sound and the structure and rhythm of ‘Ishq Nazariya’ can make for an interesting choreography, which is exactly what happens on the screen with the dancing twins making their first appearance, eventually becoming a motif in the film. 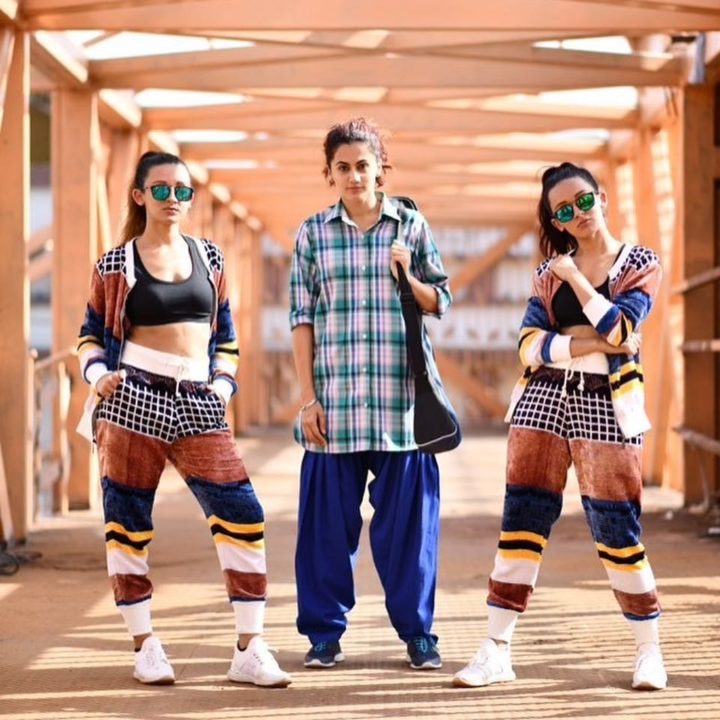 ‘DhayaanChand’ is the quintessential pre-Udta Punjaab Amit Trivedi we have craved to see again, not the shell of the unimaginative composer we’ve seen earlier this year. He innovates and moves the song forward keeping the listener hooked and surprised. Nikhita Gandhi steps in with ‘Jhalli Jhalli Jhalli’  and her delivery of the lyrics is so addictive that you’re left wanting more of her part (rather than the catchy ‘Dhayaanchand’ bits). Trivedi uses a variety of instruments to bring out the Punjabi flavour of the song including the tumbi, bugdu and dhol. On the screen, Kashyap uses his motif, the dancing duo, for this song and they ably support in his effort to convey Rumi’s anger and frustration.

What is brilliant about this soundtrack is that Amit Trivedi creates engaging and quality formulaic songs. A lot of the tracks on this album carry a heard-before sound, but it doesn’t reduce the quality, all the more so because of its usage in the film. ‘Chonch Ladhiyaan’ and ‘Sacchi Mohabbat’ are such template songs with similar structures (sung by different male-female combinations), both use Arshad Khan’s israj prominently. ‘Jaisi Teri Marzi’, the title track, could also feature in this category.

Equally, songs like ‘Kundali’, ‘Jala Di’ and ‘Fyaar Pe Duniya’ are quite situational. Even though either Shellee’s engaging words or Trivedi’s innovativeness (combination of dubstep drops combined with a Punjabi hook in ‘Jala Di’) features in these songs, they don’t necessarily have a lasting impact.

Amazingly though, all of these — the template tracks and the situational ones — work as part of the original soundtrack because they’re essential to the narrative and have a function.

‘Halla’ (a personal favourite) conveys the angst and anger of Robbie, the lyrics and the psychedelic composition alike. Jyoti Nooran displays amazing vocal prowess in the song and the techno arrangement is perfect for the melody that Trivedi builds. ‘Bijlee Giregi’, the rap track is dedicated to the feisty ‘cutie pie nahi kutti pie hai’ Rumi and needs to be enjoyed on full blast.

After coming together with Divine recently, Trivedi gets Prabh Deep to perform ‘Sherni’ for this album. It’s great to see another indie rapper making it in a big album and ‘Sherni’ will show the masses why the indie world has been raving about the Delhi-based rap sensation for some time now. Prabh Deep has also penned the song and his idiosyncratic triplet flow shines on this track. Amit Trivedi’s booming bass and rattling hi-hats and the overall desi trap production form a fantastic canvas for Prabh Deep to spit his words on.

There are countless film albums that remake songs or make a template pop/rap song usually featuring Badshah as a promotional tool. In such times, the marketing for Manmarziyaan through the ‘Wake up to Manmarziyaan’ campaign is empirical evidence that promotional songs don’t need to be tawdry.

It’s not every single time that the filmmaker’s vision behind different tools is clear. Manmarziyaan’s OST, however, is somewhat obviously suggestive (primarily because of Shellee’s marvellous lyrics) that the songs could easily be going on in the characters’ minds. The songs are woven beautifully and enhance the emotions that the characters are feeling. It is also clear that the soundscape we witness while watching the film is a collaborative effort between the lyricist, composer, writer and filmmaker. Which is exactly why we should consume and appreciate even the formulaic songs in all their glory.

The Manmarziyaan album is enjoyable stand-alone but is so much better accompanied with the film. The magic of Anurag Kashyap also lies in how he uses the soundtrack of his films and Amit Trivedi creates a stunning OST for him to indulge in.