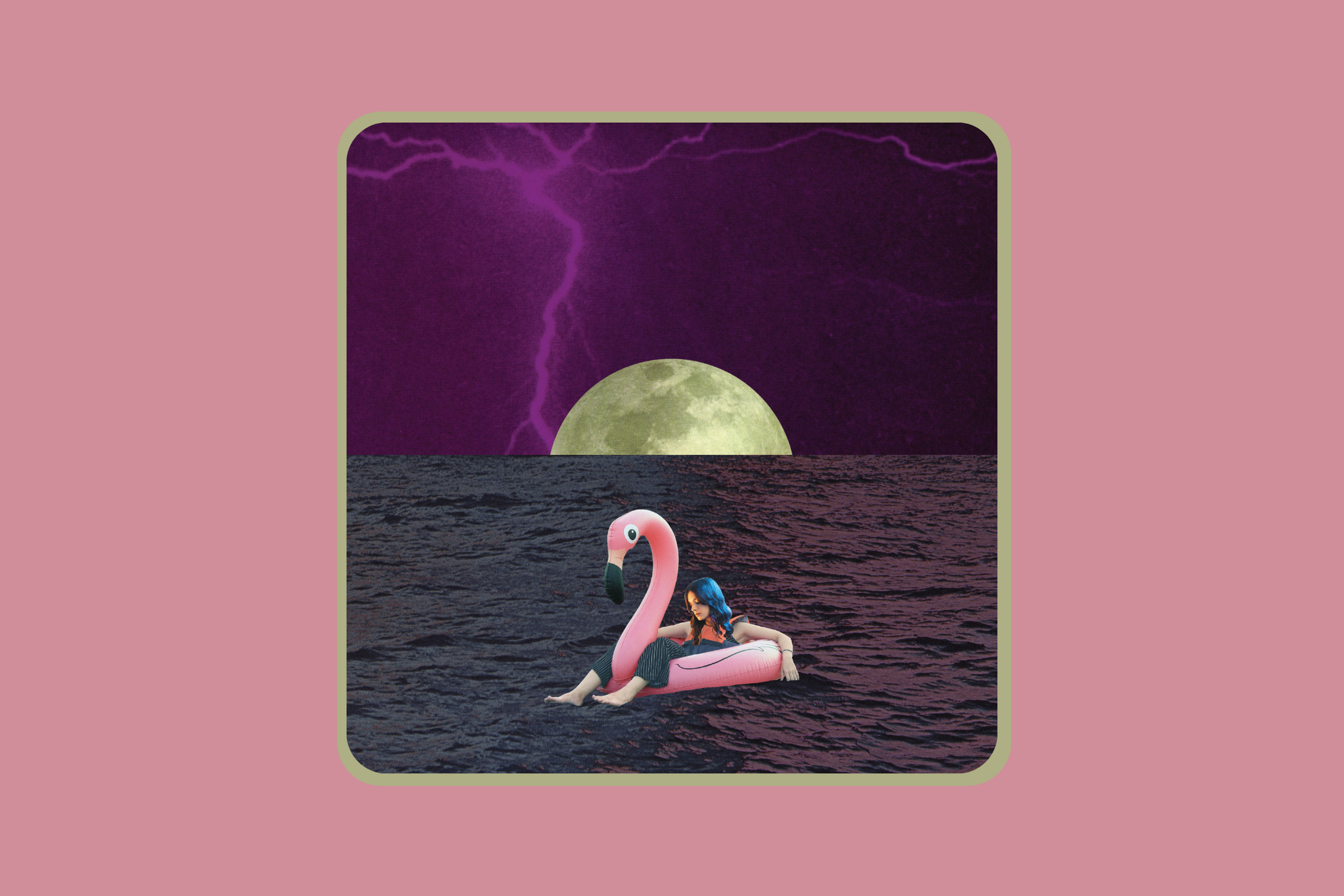 Following her breakout 2017 folk-pop EP Rush, Chennai singer-songwriter Mali quickly became a household name in the independent scene, with the wider world recently catching up. Between getting selected for Spotify’s RADAR program for emerging artists to a spot in the 2021 Forbes India 30 under 30 list, Mali aka Maalavika Manoj had a lot of new eyes on her ahead of her debut LP, Caution to the Wind.

The cover art features the Chennai artist draped sullenly over an inflated flamingo as a storm rages on behind her. The collage does great to show what the album represents—things are bad, but hey, at least we’re coasting on a pool floatie, right? The growing pains are now placed front and centre, no longer cloaked in romanticism. To throw caution to the wind, after all, is to go through with something without fearing the consequences.

The three lead singles made it clear that her sound was evolving, but that’s something we’ve come to expect from Mali, who is known for her unique production choices. But perhaps no one could have predicted that she would swerve this sharply from her acoustic roots and to such wonderful effect. Aided by Indo-Canadian producer Arnob Bal, she takes a leap from being Mali the singer-songwriter to bring her visions as a producer to life.

Sonically, Caution to the Wind seems to be roughly divided into three sections. ‘Live Again’ is a moody, propulsive kick-off to the whole affair – dark and synth-soaked with thumping, life-affirming percussion. It’s followed by the twinkling ‘Absolute’, a quietly biting commentary on the powers that be, which was unveiled last year. Its choral elements and soaring strings reign in classic pop territory as she asks: “Did all your fame and fortune drive integrity away?”

Fan favourite ‘Mundane’ and the infectious ‘Cabaret’, bound to be a hit at gigs, recall the best of classic danceable, shimmering ‘80s pop. This middle section of the album is great fun, balancing the emotionally-charged themes with a playful, experimental energy. Maybe it was just this writer who couldn’t imagine Mali’s voice on something like a club banger, but the upbeat dance grooves of the first half suggest it could be a winning combination.

The sprawling ‘Age of Limbo’ serves as a great bridge to the third, more stripped-down leg of the collection. In what is probably one of her best tracks, the forlorn ‘Horoscope’, she tearfully confronts free will and superstition. The energy picks up again with the irresistible riffs and textures of ‘Sitting on the Fence’, before swirling to a gentle close with the sardonic ‘Really? Not Really?’.

But let’s be clear, this is not just another throwback album inspiring escapism. There’s a sharp focus on the future, playing out over the course of the album, particularly on ‘Horoscope’ and album closer ‘Really? Not Really?’. Here, things get quite meta as she picks apart her personal success and relationships. Ultimately, the album culminates in a question mark of sorts, fitting, considering the pivotal precipice she’s at in her career. From brilliant highs of bubbling synthpop to icy vocals and brooding downtempo textures, Caution to the Wind boasts of a variety that is sure to catch longtime fans by surprise. Mali peels away her softer, unassuming side for a more self-assured avatar that finds solace, power, even, in the face of the unknown. The kaleidoscopic record is a self-contained mirror to the hodge-podge of current times, radiating her confidence as an artist and up-and-coming producer. Watch out world, because Mali has arrived.