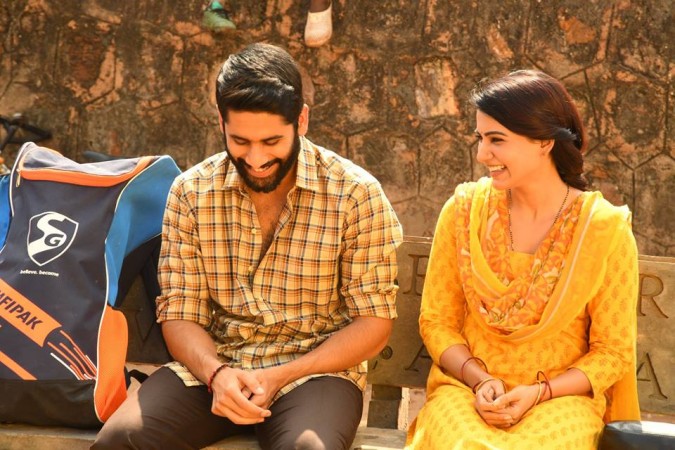 The rise of Gopi Sundar as one of the most bankable composers in Telugu filmdom is not said or registered enough. He continues to be wondrously prolific in his home turf as well; quality does take some hit though (a few songs stood out last year despite working in more than 10 albums in Malayalam). But his Telugu trajectory is a far more appealing story today.

This year doesn’t stand in the way of his admirable consistency either – Samantha Akkineni and Naga Chaitanya Akkineni starrer Majili is Gopi Sundar’s prompt and rewarding effort.

‘One Boy One Girl’ works only partly due to its over-used template (especially, the oft-stereotyped Telugu-isation of English words). The montage might work better on screen, but it is strictly average as a stand-alone song. The soundtrack takes no time to course-correct – ‘Priyathama Priyathama’ is a fantastic ear-worm, that instantly hooks us with its opening strings and melody. Chinmayi has been getting many lovely tracks in Telugu lately, and her stellar form shows here. The subdued haunting nature to this melody and Chinmayi’s singing hark back to the lovely ‘Ra Ra Rakumara’ of Govindudu Andarivadele. The addictive ‘Ishtamaina Sakhudaa’ hook is rehash of Sundar’s own work in Malayalam last year (‘Neeyam Sooryan‘ from Kamuki). The melody and structure of ‘Priyathama’ work much better, the borrowed hook notwithstanding.

‘Naa Gundello’ is much more lively, thanks to singers Yazin Nazir and Nikhita Gandhi sounding full of verve. Nadhaswaram is a lovely accompaniment through the track. The charanams are a bit repetitive but the song, with such a zing to it, rises above the banality. Nikhita Gandhi sounds even better in the other number she briefly features on, ‘Yedetthu Mallele’. Her portion with the backing harmony, minimal orchestration, and the general feel, all hark back to rustic AR Rahman of the 90s. Think ‘Rasathi’ and ‘Kollayile Thennai’. The song is bang on in the choice for its lead singer too; Kaala Bhairava communicates the mood lucidly, especially in the lower range when he goes ‘Cheliyaa’.

‘Maayya Maayya’ comes across as the least appealing track of the album. It is intense – the much-sought-after singer Anurag Kulkarni trying to deliver on its promise, but it does falter in its arrangement.  In places it does remind one of Harris Jayaraj, like where it transitions to softer regime near the middle. ‘Ye Manishike Majiliyo’ is the celebratory song of the album, headlined once again by Chinmayi, and the underrated composer-singer Arun Gopan. But it is the kid Baby Anusha who steals the show, despite featuring occasionally in it. The song has a lovely rhythm, and the orchestration here works just right.

Gopi Sundar is continuing to keep up fantastic work in Telugu – it is still early 2019 and Majili is already an evidence.