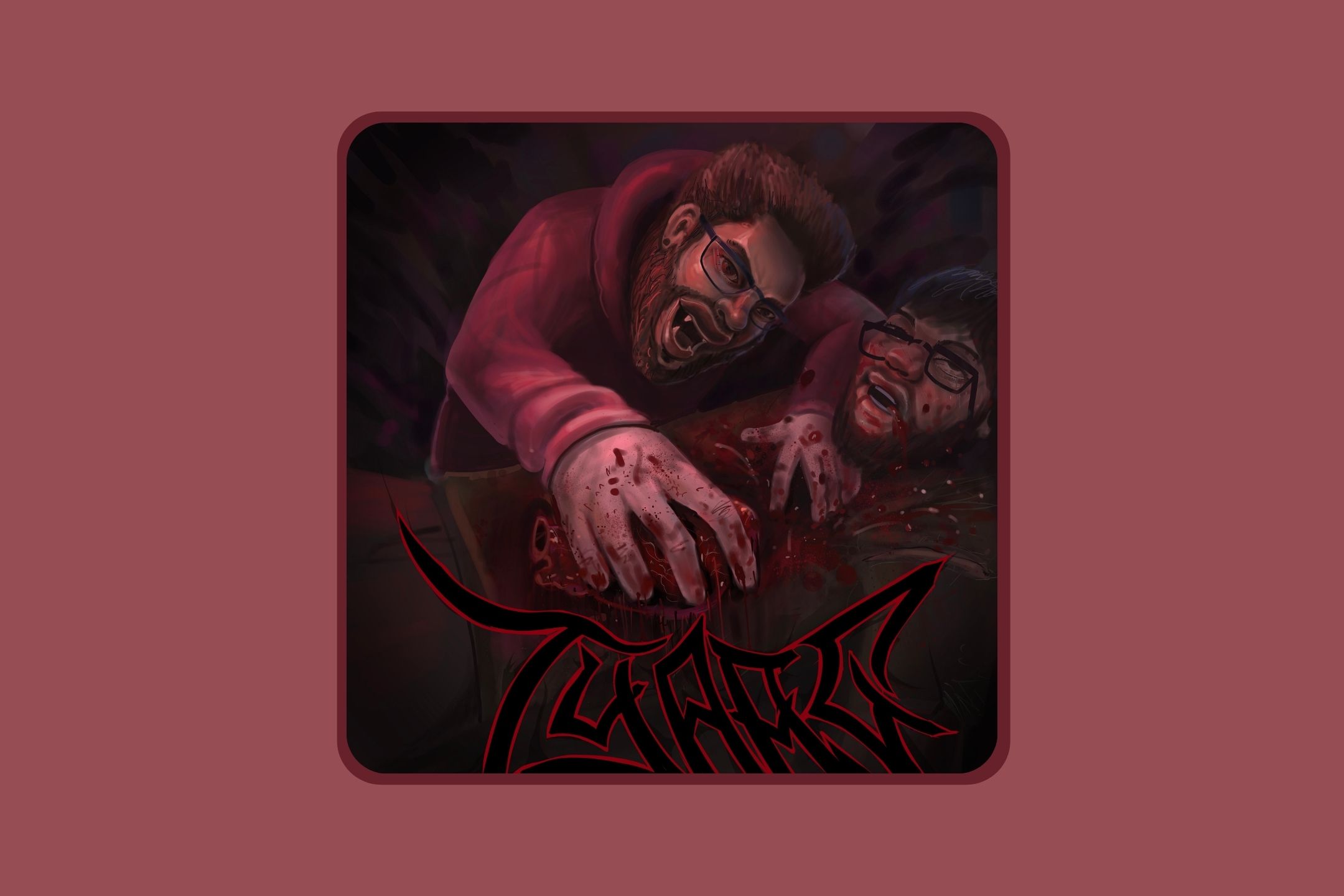 Maharya bares his heart on his hard-hitting debut EP Tyaag

There’s something morbidly fascinating in the artwork choice made by hip-hop artist Maharya on his debut solo EP Tyaag. The depiction of a vampire (?) version of the rapper extracting the heart out of what is presumably another version of himself is made by graffiti/street art mainstay Zake. It’s straight out of a death metal or grind album cover, complete with the typography used for the title.

While there are no blast beats—let’s just say hip-hop operates at a whole other tempo compared to metal—nor are there blistering riffs, what Maharya seems to borrow from metal is tapping into the murky depths of his inner psyche.

Joined by a handful of peers in the Indian hip-hop scene, Maharya clearly establishes himself well outside of his work with the Swadesi crew. That’s evident right from a glance of the tracklist, which shows that Maharya avoided the easy path of just teaming up with any of his Swadesi crewmates, knowing fully well the firepower that the likes of MC TodFod, MC Mawali and 100 RBH.

Maharya makes Tyaag all about himself but not in that braggadocious, self-absorbing way we’ve often see rappers adapt for what they consider their best work. ‘Banda Shaant Sa’ – which strings along a classical-informed melody by AP Issa Banger and Harry Spark – opens on a confessional note about how much Maharya beats himself up about his failures, musing about how he’s always kept his head down compared to some rappers. He’s joined by rapper Dakait, whose breathy, quickfire flow is a counterpoint to the verses that came before.

On ‘Sapne’, Maharya enlists rising beatsmith Zero Chill, whose grandiose yet eerie treatment allows for the rapper to unravel about the challenges he’s faced along the way, but never shaking his conviction towards achieving his dreams. Again, he deftly avoids coming across as self-centered, rather addressing the listener as a fellow dreamer. On the wavier production of Wwoolfyy on ‘Phonies’, Maharya takes down the music industry suits, middlemen and rappers themselves who dictate narratives, leading along audiences. It lays out an important perspective of harsh truths in the fast-moving world of hip-hop in India, including why female rappers are often never heard or fade away and how conscious rap is never given its due.

Again, it’s never comes across as a mournful lament, rather becoming an eye-opening take on the system and what needs to be challenged. When Maharya does make it about himself, it’s on ‘Bindaas’, which talks about keeping his head down and soldiering on in the face of any hurdles. Joined by a surprisingly incendiary turn from rapper Yashraj (a role he took on with total gusto on his single ‘Raakh’), ‘Bindaas’ has all the makings of a self-assuring bop.

A production team of Bluesanova, StoneyWolf, Collective Beats turn up on the closing title track. While there are in fact distorted guitar riffs and melodies, it’s more rage, emo rap-rock than anything else. Maharya pours it all out and takes a match and kerosene to it all, making Tyaag EP a powerful statement from one of rap’s finest.