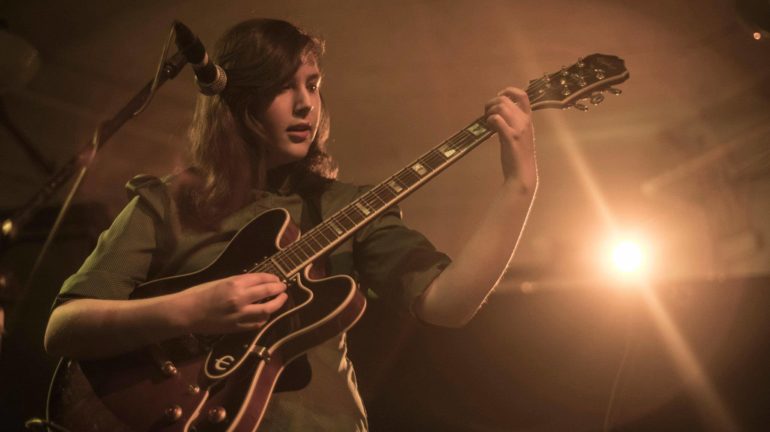 Lucy Dacus Historian is a masterclass in album execution

Indie Rock is not dead! That’s the feeling that stays with you through Lucy Dacus’ Historian.

She’s just 23 but Dacus is easily among the finest in her genre and her age bracket. For someone who had as good a year as Lucy Dacus did in 2016, with her debut album No Burden receiving critical acclaim and her signing to Matador Records as a result, it seemed hard that she would be able to top that early high. Did she peak at 21? Historian is a conclusive proof that Dacus has so much more in store. Historian is a complete album in every sense.

The album opener ‘Night Shift’ begins softly and builds slowly. Dacus sings softly at first, her voice accompanying the acoustic guitar, but as the song progresses, she gets support from the bass and drums and the singer then lets her voice loose, demonstrating the quality of her vocals and sets the tone for the rest of the album. There’s a certain quality about ‘Addictions’ that makes it a memorable track, one that stays for longer with the listener. ‘Timefighter’ and ‘Next of Kin’ has lush orchestration; the former starts slowly and suddenly explodes, with the power of leaving a fan of rock in awe.

“If the body and life were something we could divide,  I’d deliver up my shell to be filled with someone else”, she sings on ‘Nonbeliever’.

Lyrically and thematically, the album is so strong and one questions whether Dacus is in fact, just 23. There are different characters throughout Historian – from a lover to a friend to her grandmother. The album is thoughtful and filled with details.

It was an incredibly smart choice to name it Historian because the album does seem like a documentation of events, things and people.

The high mark of the 10-track album could be ‘Pillar of Dust’, the second last track on Historian. While it hits the seven-minute mark, you don’t feel the time, you appreciate it all, even the religious imagery and the solemn lyrics make their way through to you. The song flaunts Dacus’ warm voice (she almost sounds like Hannah Reid of London Grammar). “I am weak looking at you/A pillar of truth turning to dust,” Dacus sings. There are moments in the song where she switches places with her grandmother (Lord, have mercy on my descendants/ For they know not, what they do) and sings in first person pronouns. The song is incredibly powerful and showcases Dacus’ ability as a songwriter.

On Historian, without taking a lot of risks, Dacus does everything she intends on, expertly. The album sounds well planned, well written, well composed and really well structured. Each track contains something powerful and is unbelievably executed. Historian really sounds like the work of a veteran artist, not a 23-year-old who is just getting started.