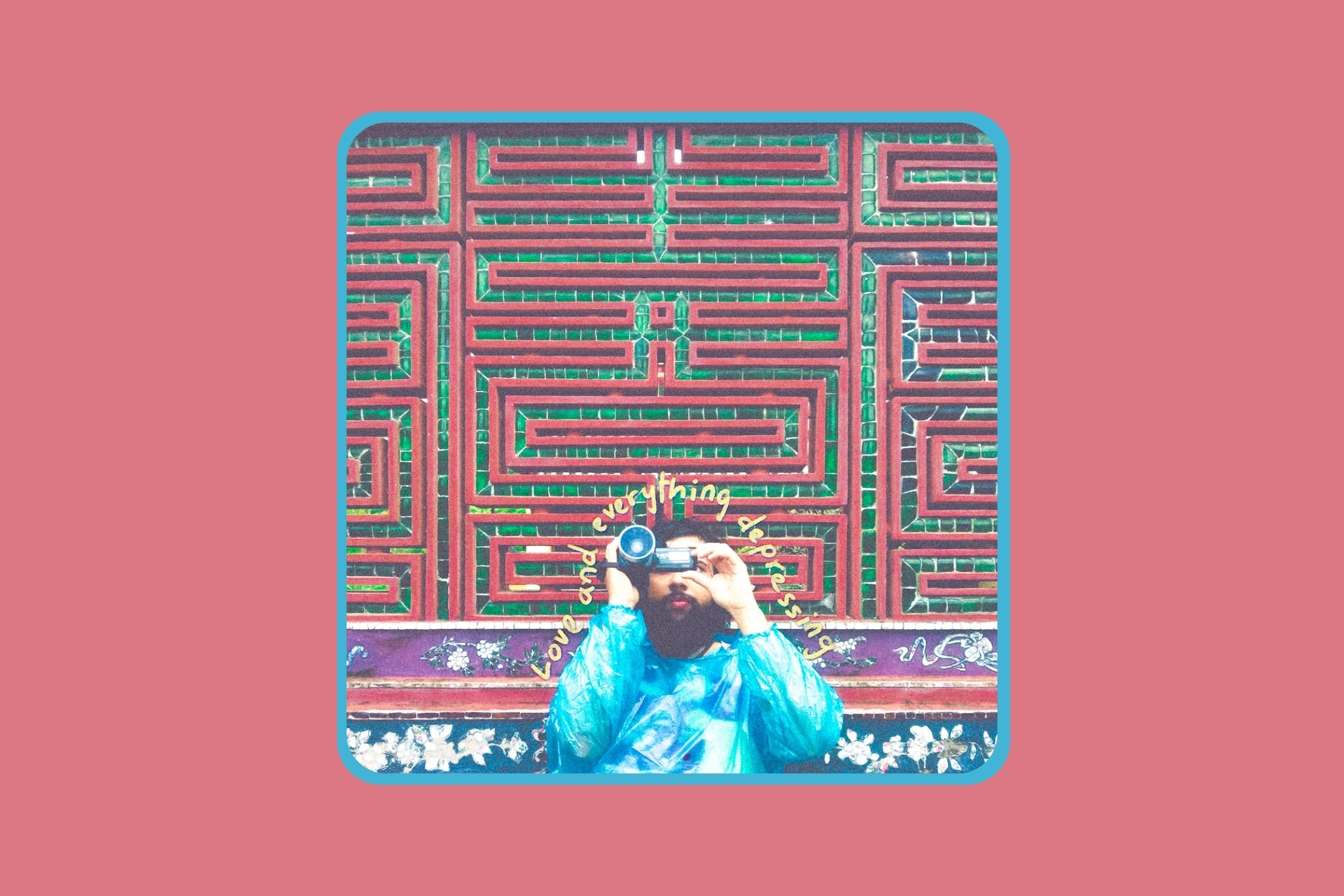 In a world where pop music has been reduced to nothing but repetitive monotony, it is refreshing when an artist introduces their ingenuity to the pop sphere, resulting in the birth of a one-of-a-kind sound that is worth vouching for. Shoumik Biswas aka Disco Puppet has been successful in executing just that in their album Love and Everything Depressing, which takes electro-ambient elements and orchestrates them in a way that defies the boundaries of a cookie-cutter pop record. The musician’s endeavours have resulted in the creation of an experimental soundscape that celebrates the narrative of love, sadness, and the uncertainty that comes with growing older.

This is Disco Puppet’s fourth full-length feature that comes after their tinnitus and hyperacusis diagnosis, both conditions that interfere with the patient’s hearing abilities. Their previous records, Aranyer Dinratri (2019), Princess This (2017) and I’m Going Home (2017) consisted of strictly electronic scapes that experimented with polychromatic sonic elements to establish Disco Puppet’s signature sounds. On Love and Everything Depressing, the musician has chosen a more traditional approach to songwriting, mostly taking the help of instruments and vocals to chronicle their musings.

Most of the tracks on the record employ simple two or three chord progressions strummed or played in an arpeggio motion on the guitar and ukulele, and slowly builds up from there. At some point, they break to introduce a change in rhythm or key, only to bloom into a kaleidoscopic climax. This whimsical play of sounds enables the artist to experiment with numerous ideas, be it reverb-drenched synth lines, mellow vocal accompaniment, or Indian classical textures.

The album commences by introducing broodier tracks in its palette that emanate an uncanny sense of longing while also retaining a sense of cold nonchalance. This is especially noticeable in ‘Come Over’ and ‘Everyone’s Ded’ which consist of dreamy vocals, instrumental harmonies and rich electronica elements.

It quickly moves on to the wistful ‘Speak Low’ which is a lesson in love learned the hard way. The pain of heartbreak is carried throughout its soundscape before distorting into a dazed verse accompanied by peculiar rumbling drones.

‘Spring (a blade of grass emerges from the earth)’ is the definitive turning point of the album’s narrative. The musician acknowledges the end of their carefree days and the forthcoming of the burdens of adulthood. It’s as if they are afraid of the ongoing process of change, but cannot help giving in to it.

Finally appreciating this period of metamorphosis in ‘Change Is Good’, the musician flaunts their ability to blend various sonic colours to produce something completely unexpected. Using tabla and theka in the climax to introduce a dance texture to its overall sleepy soundscape, they establish the album as a true indie pop record.

The next four tracks continue to explore Disco Puppet’s bitterness towards growing up. In ‘Down on My Luck’ they reminisce about their lonely inner child, brooding about how much things have evolved over the years. The track incorporates a heavy climactic end, something none of the others get to see.

‘Interested Few’ depicts their desperate desire to find answers, which is evident in its accompanying soundscape. Starting with a gentle strumming on the guitar, it eventually transitions into bubblier textures and then goes back again to the initial strumming to bring it to an end.

‘No Job’ is the musician’s venting box to rant about the superficiality of a capitalistic regime where labour equates to self-worth and their lack of motivation to indulge in the same. They remember the simpler times in childhood and ask for love and acceptance even in moments of disorientation.

Taking the baton from the previous track, ‘Slumber’ croons about periods of inactivity and the inability to express one’s emotions and crippling depression. It is set against the backdrop of a vivid medley of sonic components that slowly distort in the outro, signifying the musician’s dissociation from reality.

The last track of the record incorporates Bengali vocals, Disco Puppet’s mother tongue. Roughly translating to “in the evening”, ‘Shondhey Tey’ puts the album to sleep with its nocturnal textures.  The wacky vocal effects in the outro are a major downer though, which kind of ruins what could have been the perfect end to the album.