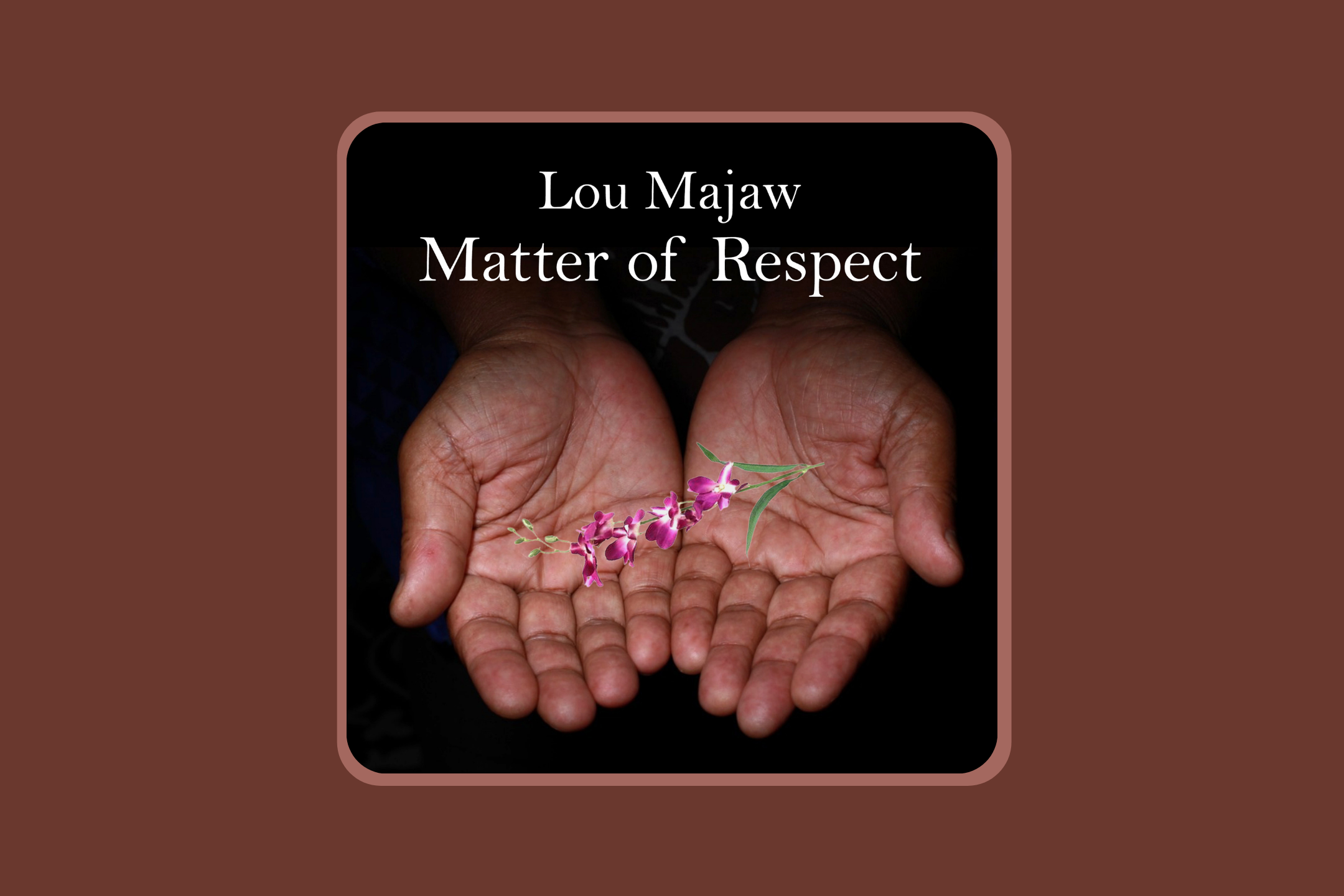 Usually, people mellow down with age. But for the 74-year-old rockstar Lou Majaw, age only seems to add fire to his youthful energy. On his fourth offering Matter of Respect, he has gone all guns ablaze to bring out his heaviest record yet in a career spanning nearly six decades.

The album opens with the hard-rocking ‘Judas Kiss’, where Majaw’s gravelly voice tells people to beware of backstabbers lurking on the various paths of life over the masculine riffs on two grungy guitars. This trend is taken up several dissonant notches on ‘The Ghost Revisited’, easily his murkiest song. The dual guitar work goes beyond chords and solos to emanate controlled wails and screeches that complement the song’s stormy theme.

Such a blood-and-thunder soundscape is quite a departure from his previous albums, especially his last April Shower, which seems like it was wrapped in honey syrup when compared to this. One reason is that Majaw, who wrote and composed the material, relinquished creative controls of arrangement and production to two guitarists as a tribute.

“Matter of Respect is dedicated to the two most accomplished musicians Master Arjun Sen and Sumith Ramachandran. As the sun shines on you, may it shine on you forevermore,” reads Majaw’s note in the album sleeve.

But at his core, Majaw is a simple singer-songwriter. His wisdom is found in the words he sings. Some themes that keep recurring in his albums are close association with nature, which could result from living in the green mountain ranges of Shillong, and universal love for mankind.

On ‘The Little Man’, this comes out really strongly: ‘Hey little man, take a look around you, the world needs everyone’. He encourages the common man to come out of his nuclear world and lend a brotherly hand to his neighbours. Considering the horrific condition of India today where citizens are coming together to help each other survive, while the government builds palatial houses, this song speaks volumes.

He further chides the common man on ‘Shadow of the Sun’ for forgetting his dreams and the joy of living by becoming a slave to the system in the battle for survival. A blues-rock effort, the dense guitar solo, seeks out dissonant fields within the pentatonic format.

The concept of home is illustrated twice on ‘Come Home’ and ‘Home’. While the former is a blues shuffle in the Texas tradition, the latter is a lesson in majesty. Grand sounds of horn instruments blow over an expansive acoustic soundscape – it indeed evokes warmth when Majaw’s voice asks to be taken to the ‘highest mountains’ and ‘cosmic playground’, where he knows he is bound. While this could be an allusion to death, it could also be a reference to nirvana – which one attains through spirituality, or in his case, music.

This song, along with ‘I Care’ and ‘True True Loving’, both of which appeared on previous records, balances out the album’s heaviness with their tenderness. However, ‘Rose in My Garden’ is the odd one out with funk rhythms and jazz-based piano movements.

Alternatively, Matter of Respect is also a celebration of electric guitar wizardry. With three guitarists plugging in for it, it was naturally bound to be inclined in this trajectory. This is the sound of the present that is informed by an accumulated wealth of experience and skill from the past.

In a nutshell, it is an eye-opening offering by three veteran musicians who have had a hand in shaping the Indian music scene, even though their contributions might not be so well acknowledged.