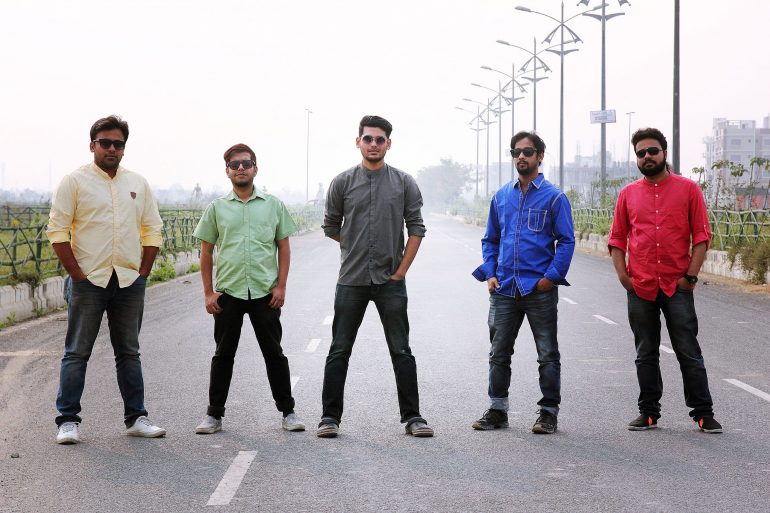 The Grooverz conceptualized their virtual concert as a film

“The new normal is not normal for any of us,” said vocalist Kaustav Banerjee as he opened the virtual concert ‘Dur-e Sur-e with the Grooverz’ last Sunday. Indeed, these words summed up the entire experience of attending a concert through a screen. While the physical vibrations of blasting speakers could not reach the audience, the energy of a live show certainly did, as did the powerful musicianship.

Though the Grooverz is primarily a Bengali rock band, like most other bands in Kolkata, it cut its teeth playing English covers in pub gigs. So the setlist consisted of Bengali originals from their upcoming album as well as a few popular English rock numbers of bands such as Queen, The Eagles and Bon Jovi.

Streamed live from BlooperHouse Studios, the sound production was top-notch, barring a few technical glitches at the beginning. The fine balance could be most appreciated on the tender tracks ‘Onyay Abdar’ and ‘Phire Ashbo’. While the usual output was heavy on the ears, these allowed the keyboardist Pratick Dey Sarkar to work dreamy spells on arpeggiated rhythms, with an unmissable influence of 80s synth-rock. Another soft number was the Hindi original ‘Chhipi Jazbaat’, which they performed for the very first time to rave responses.

Though lyrical themes revolved mostly around love, the presentation was far from mushy. Their sound was straight-on rock but borrowed significantly from heavy metal. The heft came from drummer Dipayan Ganguly who rolled out double-pedal routines for the consistently rock-solid rhythm section.

But unlike other rock bands which rely more on the guitar for solos, here the parts were equally shared by Pratick and guitarist Subha Chakraborty. Interestingly, the solos played on the keys followed a guitar style, leaving Subha free to add grungy rhythms to the driving sound. This was most evident on the song ‘Maajhi’, which was inarguably the most ferocious track in their repertoire and spoke about struggles, conflicting realities and existentialism.

Kaustav understands the frontman’s job and carried the band with the sheer force of raw energy, even when he head-banged or air-guitared during solos. One almost felt bad for him as it was evident how dearly he missed feeding off the vibes of a live audience. But the cherry on top was bassist Sunny Bhattacharya. From playing slick riffs and intelligent fillers to ominous double-stops and supporting chords, he was a smooth operator.

The most interesting aspect of the concert was how it was conceptualized as a film. The interaction between the characters of Kartik, a musician who is driving cabs for money during the pandemic and Jasmine, an actress who just has had her heart broken, made up the storyline while the songs carried the plot. The previously shot film clippings were artfully inserted between songs being performed live.

If the comments were any measure of enjoyability, the audience really grooved. But the sheer number of requests for covers was rather disappointing. It raises a bigger question of whether indie artistes deserve a better and more open-minded audience.

Over the course of the nearly two-hour concert, one could feel that the band is comfortable with a certain style and likes sticking to it. There was not much thirst for outside-the-box experimentation. The same applied for the commonplace guitar tones which could have used more colouring, especially on the softer tracks.

But all said and done, it definitely was a rocking show. Going by the encouragement of senior musicians and appreciation by the audience, everyone seemed to log out with smiles on their faces.