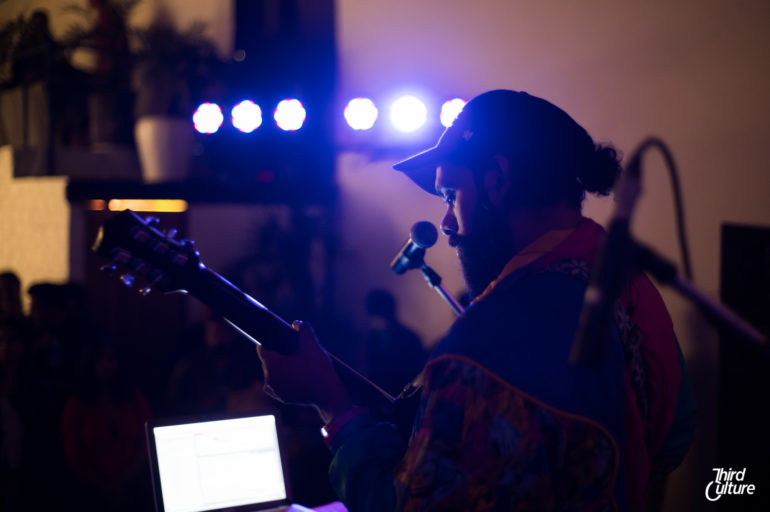 Montreal-based singer-songwriter Peter Sagar brought his solo project Homeshake to Delhi last Saturday, performing a seamless, hypnagogic set at Space10, for the second of three shows in the India leg of his tour, presented by Third Culture. Despite heavy rain, fans flocked in large numbers to IKEA’s new design lab in South Delhi, which did a great job of hosting Sagar and cohorts.

Tickets sold out within a week; luckily for the steady line of people waiting outside, shivering in the chilly Delhi air, passes were available at the gate for a nominally higher price. Wrists were marked with sharpies instead of the regular stamps or bands, which I am inclined to chalk up to a DIY-approach rather than unpreparedness. Inside the studio, the atmosphere was one of anticipation for the show to begin.

JBabe (solo project of The F16s’ frontman, Josh Fernandes) opened for Homeshake, and I couldn’t have imagined an artist better suited for the job. It also became infinitely clear that a rap album from him, should JBabe take that direction, would be a runaway hit. Riding on the backs of his wildly popular debut lo-fi album Play The Piano Drunk Like A Percussion Instrument Until The Fingers Begin To Bleed A Bit, Josh switched effortlessly from and between instruments, manoeuvring the synth and mixer to create a soundscape that sounded as lush and complete as the record itself. While the sultry electronica of ‘Antibambi’ and ‘Guyver’ stole the show, it was ‘I’ll Get The Cheque, We’ll Split the Regret’ that put the crowd in the right headspace for the headliner act.

The show started late on account of rain, which meant it was well past nine by the time Homeshake went up. Not taking long for soundcheck, Sagar kicked off with their recent crowd-puller ‘Just Like My’, sending fans clamouring for the front row. For listeners who’d been a part of Homeshake’s meteoric rise – from his In the Shower days and even further back, when he was a part of Mac DeMarco’s harem – their set was nothing short of a dream come true.

Sagar performed most of the tracks off his fourth and latest studio album, Helium, mixing it up with a generous number of his earlier downtempo explorations. With the bleary-eyed lo-fi R&B from Midnight Snack and Fresh Air, they couldn’t go too wrong. ‘Call Me Up’, ‘TV Volume’ and ‘Give It To Me’ stuck out immediately as fan favourites, with the audience shouting back the lyrics for ‘Khmlwugh’ and ‘Every Single Thing’ that closed the soiree.

What made for attentive listening, however, were the newer tracks – ‘Like Mariah’, ‘Other Than’, ‘Nothing Could be Better’ – and how well they create a congruent body of sound along with the rest. One could argue that Homeshake’s songs melt into the next, but there is an impressive amount of subtlety involved in his compositions that play around with eclectic sound effects and time signatures – savouring every note, leaving the audience hanging, coming in when they expect it the least – to amp up the energy.

For many like me, Homeshake is a band they got introduced to in college – their crisp drums and warm guitar lines were the stuff of hazy afternoons, the very embodiment of laid-back and ultra-chill. A mix of youngsters and nostalgia-mongers made up most of the audience, trading interesting (read, nerdy) trivia over beer (courtesy Bira) and dance. It seems as if chatty crowds are commonplace at Homeshake shows, probably because Sagar is not an interactive performer, preferring to get lost in the music and expecting the same of his fans. Luckily, the overwhelming cascade of chatter at the back did not really dampen the experience, because of Homeshake’s extremely dedicated fanbase in front who bopped their heads from beginning till end, to the sounds spun by Sagar, assisted by drummer Greg Napier, bassist Brad Loughead, and guitarist and keyboard player Mark Goetz. 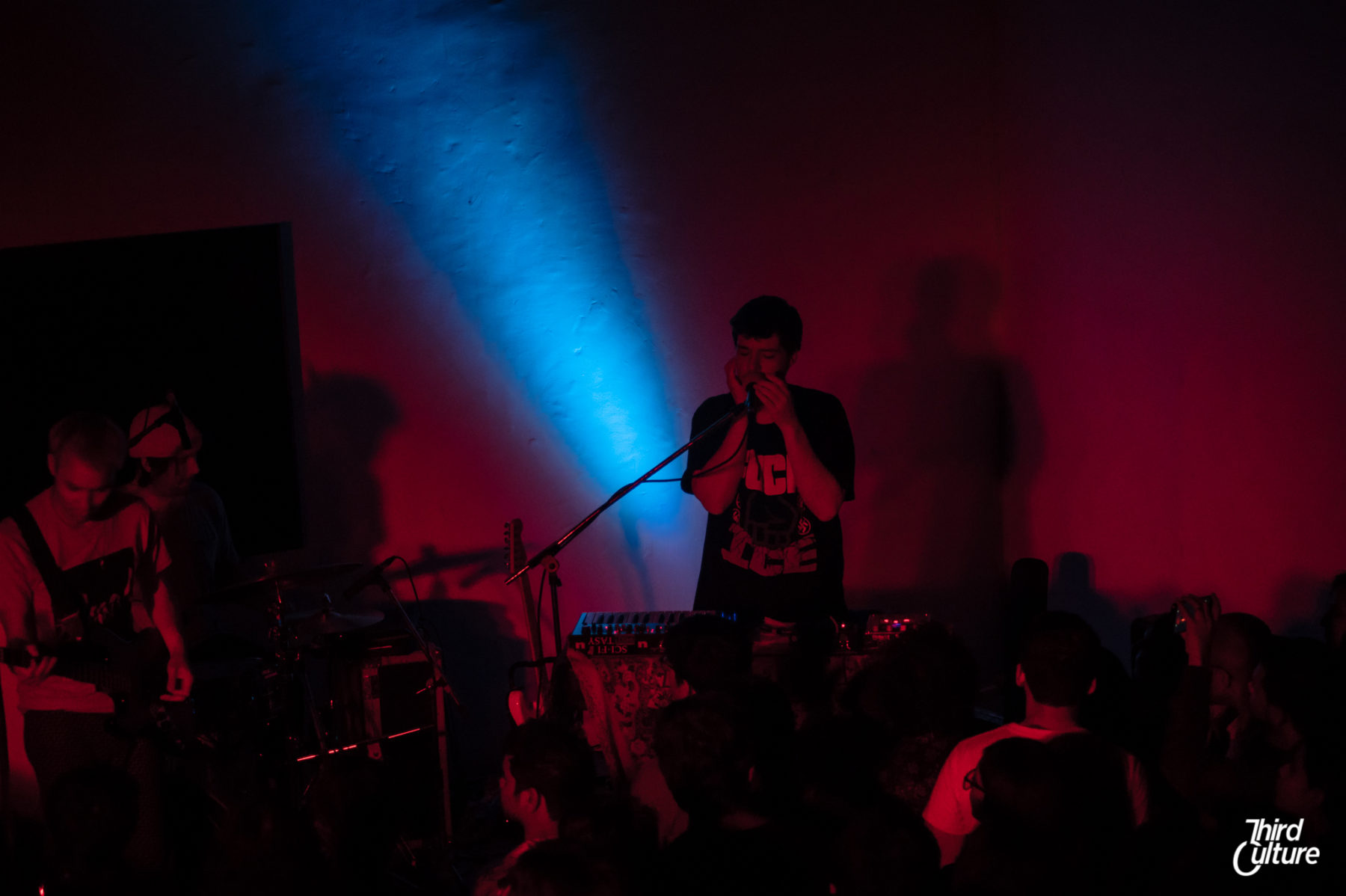 The volume for Sagar’s vocals could have been turned up a notch, but it might have been a conscious decision on the band’s part, keeping the boxy space in mind. Apart from a few exchanges with the sound engineer (re: drums), the band seemed pleased with the show. Especially with the handsome turnout “despite being so far from home,” as Sagar put it while signing off. Donning a glow-in-the-dark T-shirt emblazoned with “Fuck I.C.E.”, he also made sure to address the socio-political turmoil in Delhi, giving a shout-out to all the fans who’d come out for his show, wishing them safety in the un/foreseeable future. By the time they wrapped up, the rain had stopped and the happy crowd traipsed out of the Dhan Mill compound, blissful relaxation plastered on their faces. The verdict was clear – they couldn’t have asked for more.

Homeshake also performed two other sets in Mumbai and Bengaluru respectively on February 28 and March 1. Stream their latest album Helium that was released last month.