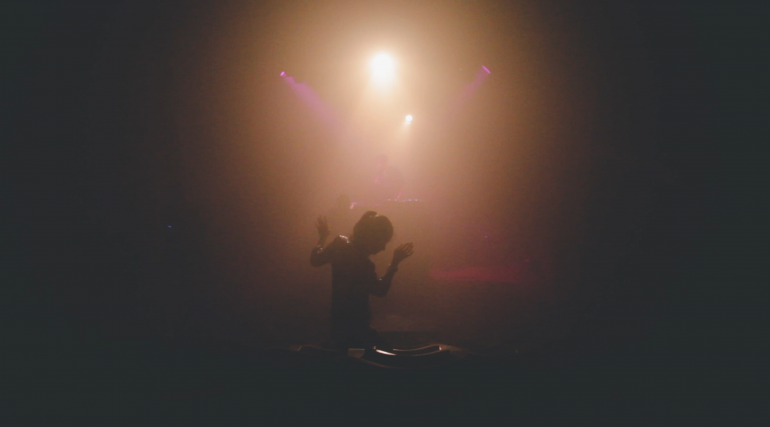 On the occasion of India’s 74th Independence Day, Suryakant Sawhney aka Lifafa performed an online concert. By not jumping on a trend mindlessly and offering something that fans will remember this event for, Lifafa and team have set a high benchmark for online gigs in the Indian independent music scene, just as Sawhney did for alternative music last year with the release of his sophomore album Jaago.

After Jaago released in early 2019, the supporting tour received an exceptional response. Similar to the live setup he used then, last night’s online concert also involved strobing lights in a dark room, with Sawhney standing on his elevated platform next to his console. Going by the comments on the Skillbox platform where the show took place, he managed to transcend the viewers even if only through their screens. Rana Ghose of REProduce took on-camera duties for the show who decided to go for an extensive multi-cam setup, which automatically felt more engaging and interesting. The lighting was done by Abhinav Khetarpal of Tech Quartet who, notably, also worked on the very well-received visual arts, sound and design theatrical show Dastaan LIVE from two years ago. Both the lighting and camerawork were great additions to an already stellar performance.

Sawhney performed the show at Akshara Theatre of New Delhi where he was also joined by his wife Surabhi Tandon who gets the credit of “dancer” for the show. During Sawhney’s performance, Tandon took on the role of compensating for the lack of an audience. Her dancing throughout the show was a genius touch – showing, and not telling, the audience what the gig is supposed to feel like.

The visuals were stunning, given that the show was advertised as a live stream. The comments section consisted of two kinds of messages – fans repeating lyrics of his released songs, and them wondering if the show was actually streaming live.

Sawhney played some of the instant hits from Jaago along with four brand new tracks from his upcoming album – the name and art for which were revealed theatrically (a curtain was drawn) towards the end of the show, and moments later on his Instagram. His next album is titled Superpower 2020 and it will revolve around themes of failed nations, marital life and ecstasy, as reported by The Wild City a few hours before the show. The new tracks were the highlight of the show, giving the hungry fans something to chew on until the album comes out later this year.

Online concerts have lacked innovation and creativity. Instead of adapting to the new visual medium, most artists have succumbed to the limitations of the screen, thereby leaving their patrons dissatisfied. Lifafa’s online concert is proof that if you put in the effort (and money) to offer something through which the people paying to watch can get the worth for their money, you will find patrons to support your craft, even if they can’t lurk around for post-gig hangs. Watching music performances from the comfort of your couch only now started feeling like a good idea, and you don’t even have to pay for overpriced cocktails and food.

After the show was over, only the promotional artwork for the gig was available to stare at which, coupled with sudden silence, can be instantly underwhelming at online concerts. As a final and beautiful touch, a soft electronic tune kept playing for several minutes after Sawhney had left the screen, allowing the viewer to smoothly transition out of the experience. With this event, Suryakant Sawhney and Pagal Haina have made the online medium their own. This wasn’t just another gig. This was a show, complete with a big reveal at the end.