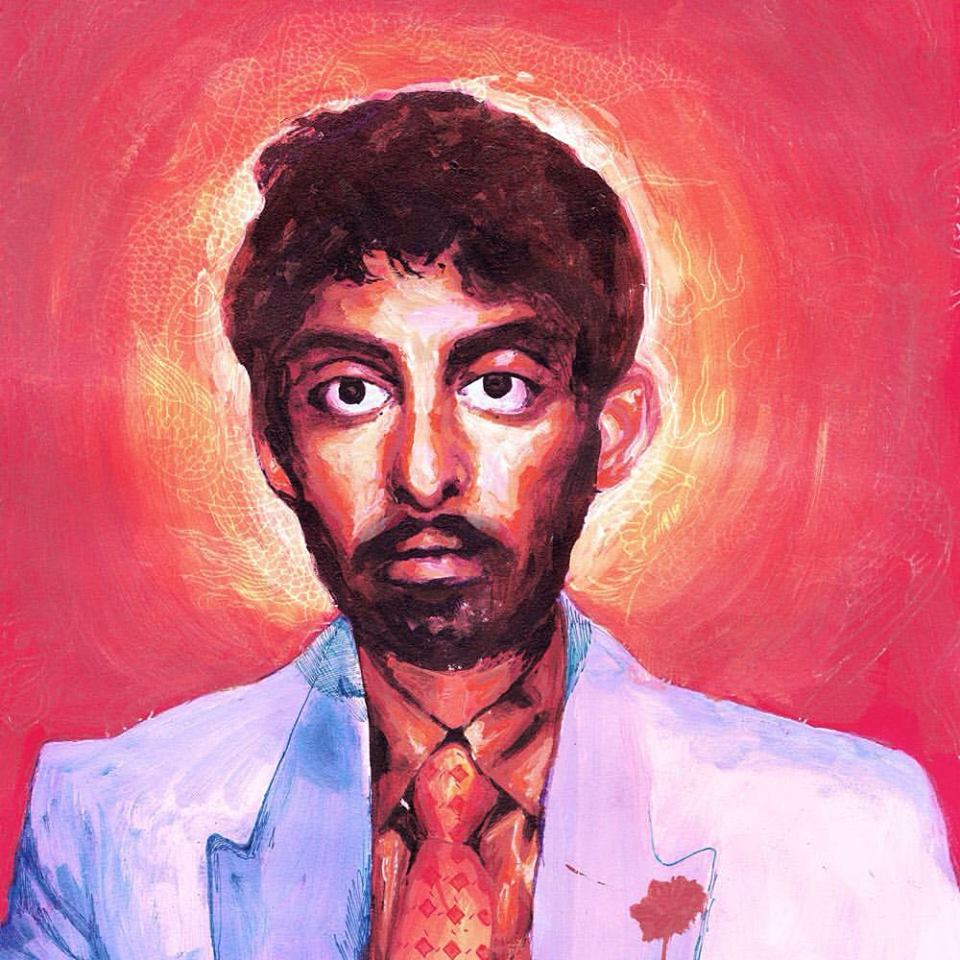 Suryakant Sawhney has flourished in the music scene since 2011. Stripped down to his core, the frontman of Peter Cat Recording Co. is a songwriter, and the guitar is his cardinal instrument of choice. Whilst writing for Peter Cat, he chanced upon electronic music and kickstarted his solo project, Lifafa, in 2012. Lifafa was initially meant to be a covert affair, a secret side project of sorts. A cursory glance at the material and it is evident that the influences and sound of the band bleed into his solo project as well. And this is only natural with the production techniques getting mixed up. Lifafa, however, holds its own strong essence. “Lifafa is slowly transforming into a manifestation of not just my emotional but political/social ideas as well. It’s being dictated by my search for some sort of identity,” says Suryakant.

On his nine-track debut Lifafa I, he found himself recording almost all of the samples himself, at churches, train stations, and parties alike. With his next release, In Hi Ko, Lifafa found himself departing from the glitch-hop of Lifafa I to more disco-influenced sounds. We see this locus of thought continue its trajectory on his latest album release Jaago. At eight songs and a runtime of 32 minutes, we catch a vivid glimpse of the impressions Suryakant has amassed.

The album opens with the sombre ‘Jaago’. This is a melancholic call, in typical Suryakant fashion, urging the nation to wake up. It transitions into one of the most uplifting of drops, creating a warm but inviting synth space. ‘Chaku Chidiya’ features an arrangement of impossible sounds, the layering of whom one would bet against until they heard it. Suryakant’s lush baritone is the lynchpin making ‘Chaku Chidiya’, arguably, one of the best cuts on the album. Articulating his feelings of earnestness, the easy-breezy ‘Nikamma’ features some of his most sticky lyrics within an envelope of deep piano synths.

A markedly odd bird amongst its companion, Lifafa’s chops as a producer shine bright on ‘Candy’ featuring fellow New Delhi-based producer Hashback Hashish. Suryakant knows when to dial down the vocals, and when he needs to capitalise on them. The album immediately transitions into a loud, Bollywood-esque disco fever with the foot-tapping ‘Din Raat’ and the cascading ‘Ek Nagma’. With the album closer ‘Mjrh’, we come full circle. It is a glowing orb of sound, with Suryakant’s poignancy soaring through on lyrics like “Saans jayegi, jab mein saphal”.

Lifafa has toured all across Asia and Europe. Having played up a multitude of ideas from our culture, he is on a quest to figure out how to implement this music back home. Jaago feels awfully Indian. Maybe it’s the soaring piano chops that are grounded by the melancholic Hindi lyrics. Maybe it’s the earthy beats in ‘Nikamma’. Or perhaps it’s the 80’s disco din in ‘Din Raat’. Maybe it is even the sounds of the familiar “rail gaadi” at the start of ‘Mjrh’. The album is a double-edged sword. It serves the familiarity of Indian music set against the experimental soundscapes of electronica. With Lifafa, Suryakant seems to have achieved an artistic catharsis, and we can only hope this inspires loftier projects to come.