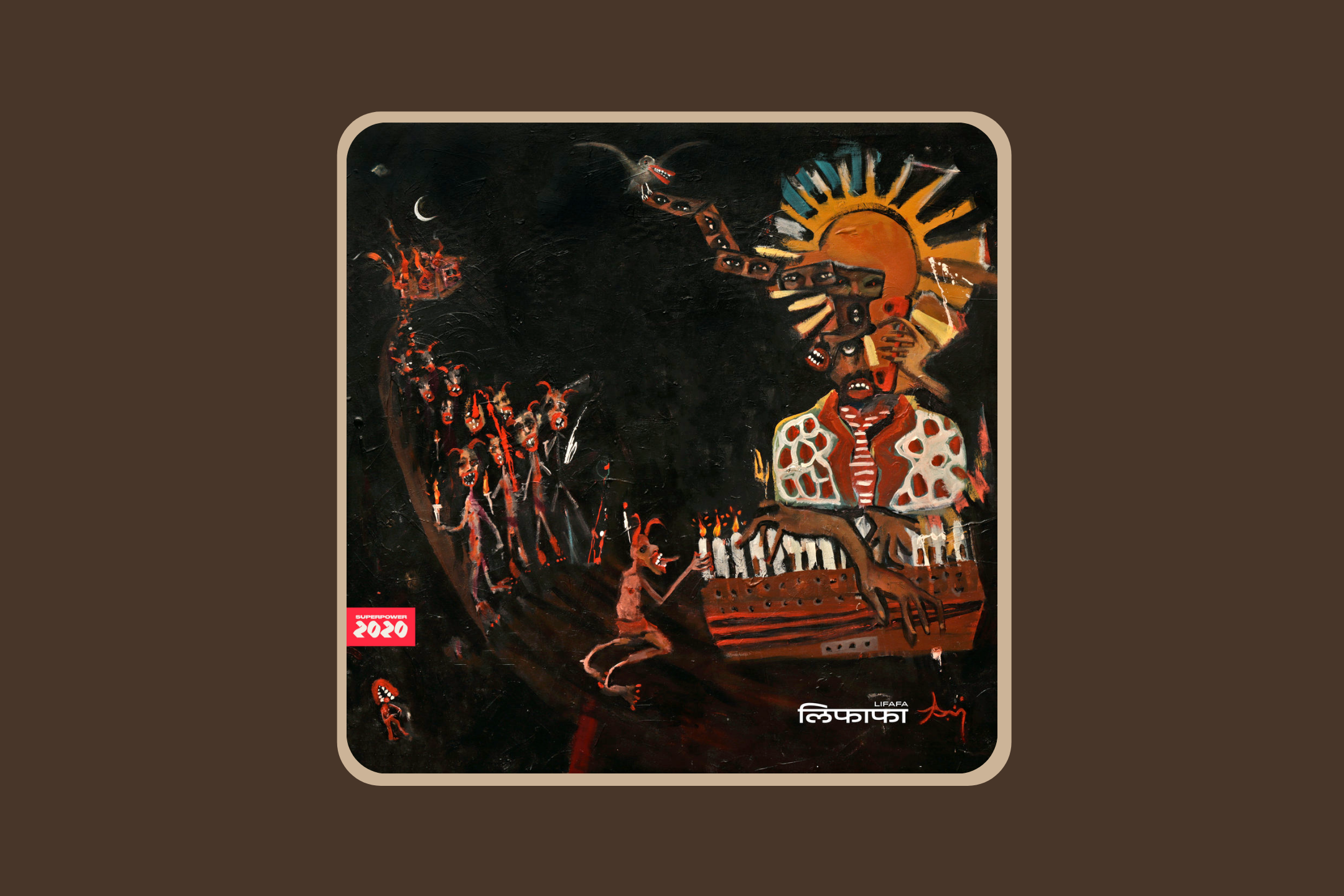 Lifafa sheds all semblance of structure and tonality on Superpower 2020

Suryakant Sawhney, widely recognised by his stage name Lifafa and even more widely known as the frontman of Peter Cat Recording Co., has been a revelation ever since he stepped on to the Indian indie music scene with his eponymous album back in 2013. Never afraid to experiment, the Delhi-based musician has received critical acclaim for both solo and band work as he constantly challenges the boundaries of his potential.

Alas, with SUPERPOWER 2020, he has ventured too far. This 8-track collection, which Sawhney describes as very difficult to finish “from both personal and technical perspectives”, has no semblance of any structure or tonality.

In the context of the past year, it would be arduous for anyone to produce anything creatively. That Sawhney managed to pull off an album full of dissent and anger against the ruling powers that be is a phenomenal exercise. The album’s name and song titles are obvious potshots, while the artwork by Aditya Singh is a haunting reminder of the day and age we’re trying to survive in. Unfortunately, that’s where much of the praise for the album ends. Sawhney tries to do too much throughout SUPERPOWER 2020. His attempts at providing an overwhelming musical experience to the listener using a barrage of mixed sounds does not work; instead of a fulfilling journey, it comes off as tacky and try hard.

While there are plenty of examples to stress this, none are more evident than on ‘Laash’, which starts off with one percussion too many and ends with a confusing at best and off-putting at worst choice to autotune his voice. On ‘Mann Ki Baat’, he again tries to build the song up to a level that doesn’t exist; the end just feels like being cheated out off a payoff. Another instance of no payoff is the end of ‘Acche Din’ which sounds like when a 12-year-old me mindlessly plucked on an old, untuned guitar because I’d just discovered Avril Lavigne’s ‘Complicated’. There are multiple such questionable selections as far as the musical style of the album goes.

While Lifafa has always been a hit or miss songwriter, lines like “Hum hi hain tere liye chaach, tu hai humare liye glass,” from ‘Laash’ and “Yeh zameen hari, yahin karne do tatti,” almost make you do a spit-take when you listen to them. It’s obvious that Sawhney was going for the shock element, but misses big time as the flow of the songs completely juxtaposes itself too abruptly against the writing.

Perhaps the only coherent track of the album is ‘Wahin Ka Wahin’ — not a coincidence that it is reminiscent of Jaago, Sawhney’s sophomore album that most indie fans could not get enough of. Sawhney is arguably at his peak here; allowing his vocals to be a supplementary element to the mélange of percussions, flutes, and electronic beats. The crescendo which ends into the final 40 seconds of the song is pure ecstasy, and shows just how high Lifafa’s potential is — and how much more he has to give.

‘Mandir’ is almost too fitting a closer for the album. Featuring fellow New Delhi-based electronic producer Hashback Hashish, the song sounds like noise from the get-go. It manages to gain some semblance of identity in between it’s 13:15 runtime but the track overall is the musical equivalent of a migraine.

In the end, SUPERPOWER 2020 ends up sounding like someone tried to reproduce Lifafa’s earlier works from memory, on Soundtrap, with ear plugs on. He’s eager to blend a bunch of sounds that don’t necessarily work together, and in the end, it results in a jarring milkshake of half-baked tracks that have been painfully overproduced.

Almost instinctively, I’m waiting on an Abhishek from Hauz Khas whose entire personality is listening to Lifafa to explain to me why SUPERPOWER 2020 is an avant-garde piece of work; that I lack the ‘vision’ and to ‘understand the depth and profoundness of Lifafa’s work’. Perhaps that’s where the problem begins — without acknowledging that our favourite artists can produce some misses from time to time, we can’t truly appreciate their other hits.

Idolising someone blindly and defending them endlessly just because you liked them in 2014 never really works out, and that was Sawhney’s bigger message from his latest work. Just unknowingly, he became an enabler of what he was trying to speak against.