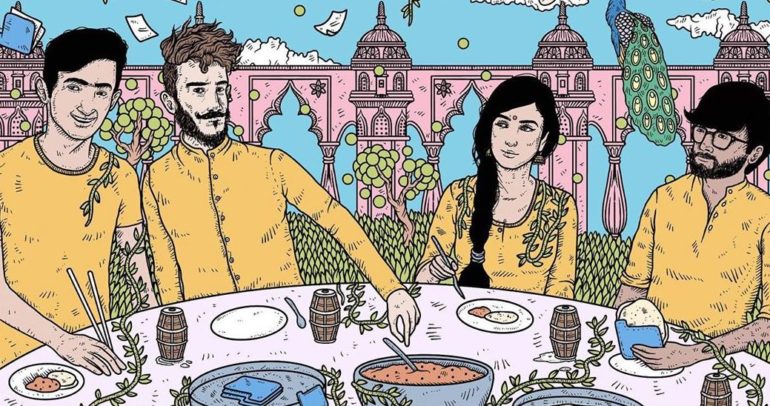 Leftovers by Aditi Ramesh is an experiment in changing tastes

Change is constant, but at which point is the change complete? This is the question that befuddled the writer when he sat down to pen down his thoughts on Aditi Ramesh’s latest EP Leftovers.

A follow up to her stylistically and thematically formative Autocorrect, this four-song EP has a majorly different sound.

It is much more complex, layered and has a hardcore jazz base which her earlier work was hinting at. But it comes as at the cost of the Indian musical elements taking a step back, though her unique Carnatic style vocals have much more clarity as evidenced on the opener ‘Origin’. The guitar solo is a distortionary alien beast, which is again unleashed in the third track ‘Don’t Be Rude’. This time, however, it takes on the properties of a space machine, made up of a million buttons, which turn on and off synchronically.

The transitions are well thought out, each passing into the tender territory of Aditi’s vocals as she urges people not to be rude as it causes trauma to ones at the receiving end. It is also the most expansive track, musically, and both bass and drums get separate space to tell their tales.

‘Folders’ starts with the guitar emulating a child barely able to express what it wants, as the words illustrate the psychological battle in our minds and the trouble we take to classify everything going on in our lives and trying to just live in the present.

The band is trying different things and finding their sound. It’s not crystal clear yet, but it’s solid, tight and imaginative. The possibilities are endless. Only ‘Outro’ is a complete deviation from the set soundscape. Based on Raaga Abhogi, the short verse from a Sanskrit scripture captures the entire essence of the EP and the quartet’s bond, which is beautifully illustrated on the cover art.

The 18-minute record deals with relevant themes, though they are not as powerful as the ones in Autocorrect. Simplicity too has gone for a toss. Quite like leftover food being spiced up with unusual elements, Leftovers is an interesting and tasty record, but not soul food.