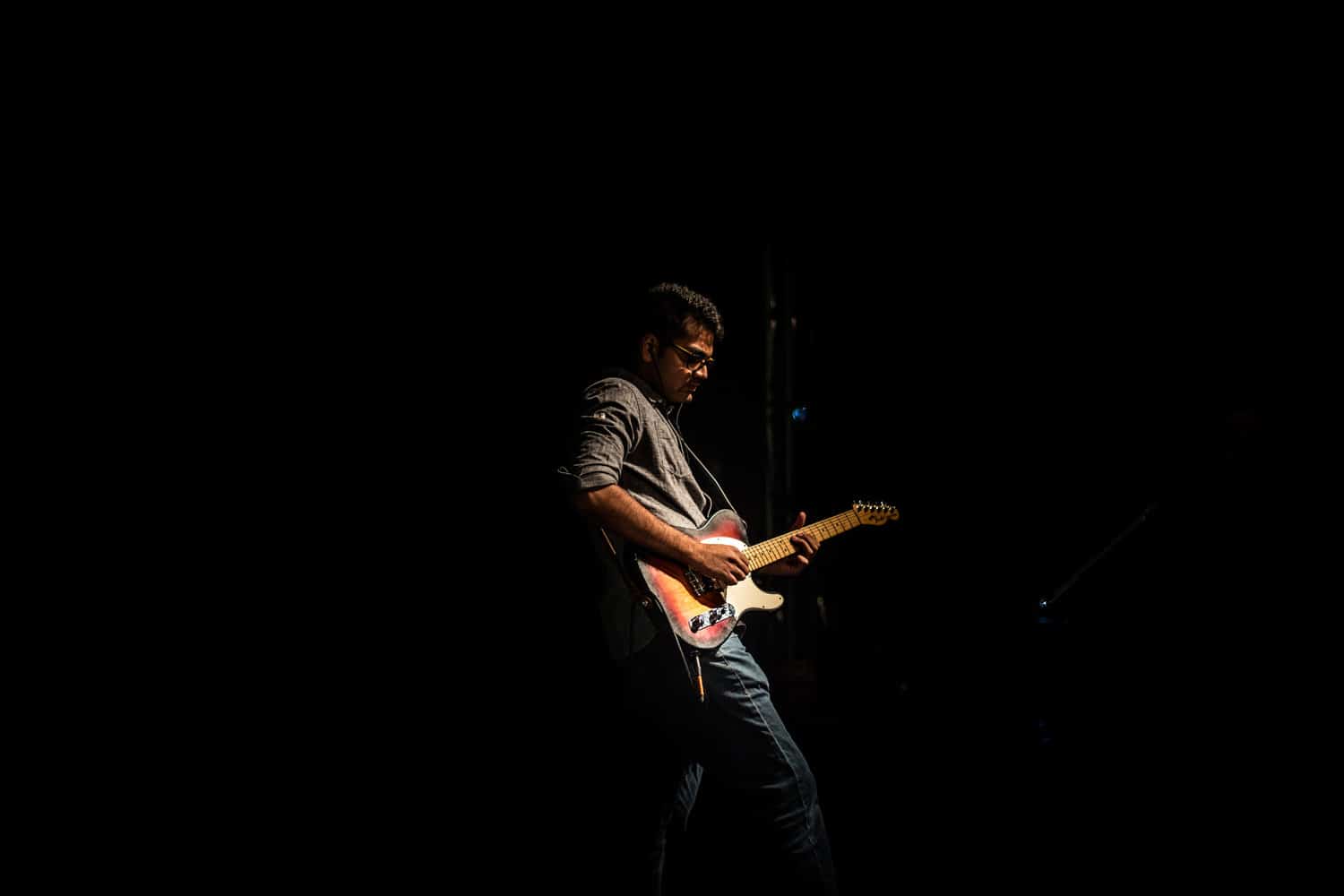 As far as immensely talented youngsters go, Kush Upadhyay needs little introduction. After picking up a guitar at age 11, he would go on to play multiple live venues at Mumbai at the tender age of 13. Since then, he has dominated the airwaves by being a session musician for many blues-rock bands across India like Kanchan Daniel and the Beards, Louiz Banks’ Guitar Synergy, Overdrive Collective and his own Blues/Rock oriented instrumental project called The Kush Upadhyay Group. As a solo artist, Kush has previously released three EPs that resound with technical mastery and musical innovation.

This brings us to his latest release, Soon You’ll See The Old, which was mixed, mastered and produced by none other than Blackstratblues. With someone as accomplished as Warren Mendonsa behind this project, one has to wonder how far above the stratosphere will this record rise.

Kush Upadhyay can be seen pushing his boundaries beyond his heavy blues/progressive rock background on this EP that features Jai Row Kavi on drums, Azamaan Hoyvoy on vocals and Nathan Thomas on bass. He conspicuously flaunts his 80s hair-metal and 90s grunge/post-grunge influences on his sleeve. The record’s beautiful artwork gives away its introspective and often melancholic aesthetic. The EP is a technical marvel with a strong backing — but is this enough to sell it?

‘I Don’t Flaw’, the opener is an aggressive, hard rock juggernaut, which borders on thrash metal. The track effortlessly shifts between orchestral and angelic passages and hard-hitting arena rock riffs layered under vocals that scream self-introspection and the narrator’s aversion to conform to social norms. ‘Feels Just Like Bliss’ features more formulaic structure and riffs. The track is another example of impressive musicianship; although the brazen imitation of the thrash metal acts that we are all familiar with gets tiresome. There also a lot of interesting production choices with the eerie screams and psychedelic percussion towards the end with shifting time signatures.

The title track is the most compelling and melancholy cut in the record with an airy and atmospheric backdrop. We are also treated to slightly pessimistic and introspective lyrics that reflect on recent changes in the protagonist’s life and him trying to cope with them. The instrumentation masterfully mixes post-grunge with prog rock, resulting in a curiously hard-hitting track. Its heavy yet moody and ties in beautifully with the themes of the album.

‘My Friend Fudgeface’ is a more of a dirty and grimy track. It features a curious production choice where the vocals linger in the background, shrouded by the instrumentals. The lyrics on this track are on the nose. The closer, ‘Don’t You Steal My Love (I can Provide it)’ is exactly what you think it is about. It is by far the catchiest and most upbeat cut in the EP with groovy basslines and layered, atmospheric voices at the intro.

Technically, the entire EP is nothing short of a joyride with every musician on top of his game. We are subject to ample nostalgia and there is a new and interesting spin to the old tropes. However, Soon You’ll See The Old falls short when it comes to Azamaan Hoyvoy curiously restrained vocals. This is especially striking considering the focus on the instrumentals, consequently, the vocals come off as bland. This, coupled with the painfully direct and somewhat cliche lyrics makes this EP fall just short of a masterpiece.