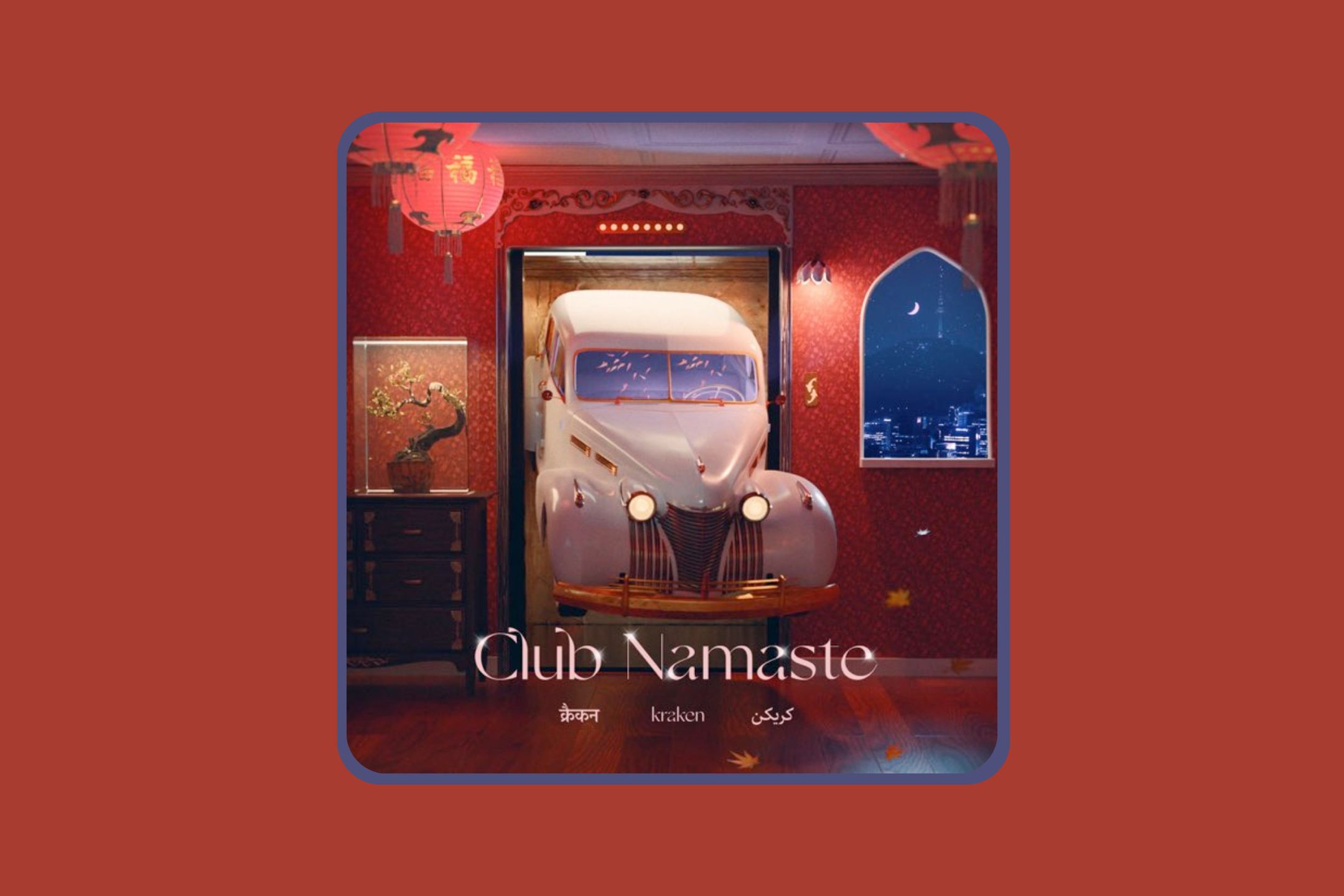 Kraken’s Club Namaste is an example of experimentation gone right

Much to their fans’ delight, New Delhi-based rock band Kraken finally share their crowdfunded sophomore EP, Club Namaste, which marks their first release in five years and comes as a promise fulfilled. A month ago, their lead single ‘Khan Market Gang’ teased a taste of the familiar-yet-experimental nature of the record, causing much excitement and anticipation—it’s safe to say that Club Namaste lived up to the hype.

A part of what makes Club Namaste so appealing is its subtle crossover into the hip/hop and R&B spheres, making it much more accessible to the masses in comparison to their agro-rock, progressive leanings in debut EP LUSH. The production is more elaborate throughout, and it’s especially evident in the intro ‘Club Namaste’ which serves as a gentle welcome to the EP and makes space for ‘Body Text’s bouncy entry. ‘Body Text’ is built upon Moses Koul’s signature guitar tone and soon takes a refreshing turn as Vipul Verma spills a hip-hop verse into the mix.

With this EP, Kraken has blurred a few genre-defining boundaries, and it is apparent in ‘Empty Beds Lose No Sleep’, which is an amalgamation of R&B, trap and electronic music. Vipul’s impressive vocal diversity and keyboardist Reuben Das’ synth licks, combined, expand their defining sound to a far yet reachable horizon. It also stands to be a red carpet for the lead single ‘Khan Market Gang’, a loving tribute to their homeland, New Delhi. According to the release statement of this single, “Delhi to them is a pocket of many worlds, containing diverse cultures and a variety of people all brought together under an umbrella of unspoken acceptance.” It pulls off a sing-along chorus, snazzy, just like the accompanying music video directed by Naina Bhan.

The track, and arguably the record, reaches a kind of climax in the outro of ‘Khan Market Gang’ as the instrumental takes over and shines a focus on the tabla which merges surprisingly well with Moses’ iconic guitar licks. However, ‘You or Someone Like You’ presents as a typically mellow club score, which sounds a lot like what you would have expected Kraken to usually make. It’s perfect to groove to on the dance floor, but comes off as repetitive and dry compared to the rest of the record. Its pop overtones follow a generic chord progression that leak into the essence of ‘Members Only’, the last track of the record, which works well as a breather to the listening journey hitherto.

While the record sounds complexly engineered, the band aims to be able to play every single sound in their live performances as well, which is how they’ve worked around it.  Referencing late night parties, G&Ts, class actions and satire tied to the city’s elite class, the 7-tracked EP, all in all, does a good job at being a cultural product of India’s famous capital. It’s sensational to see Kraken cross their familiar thresholds but remain so accessible through this EP, making one fantasize about the exciting possibilities of their next musical venture.