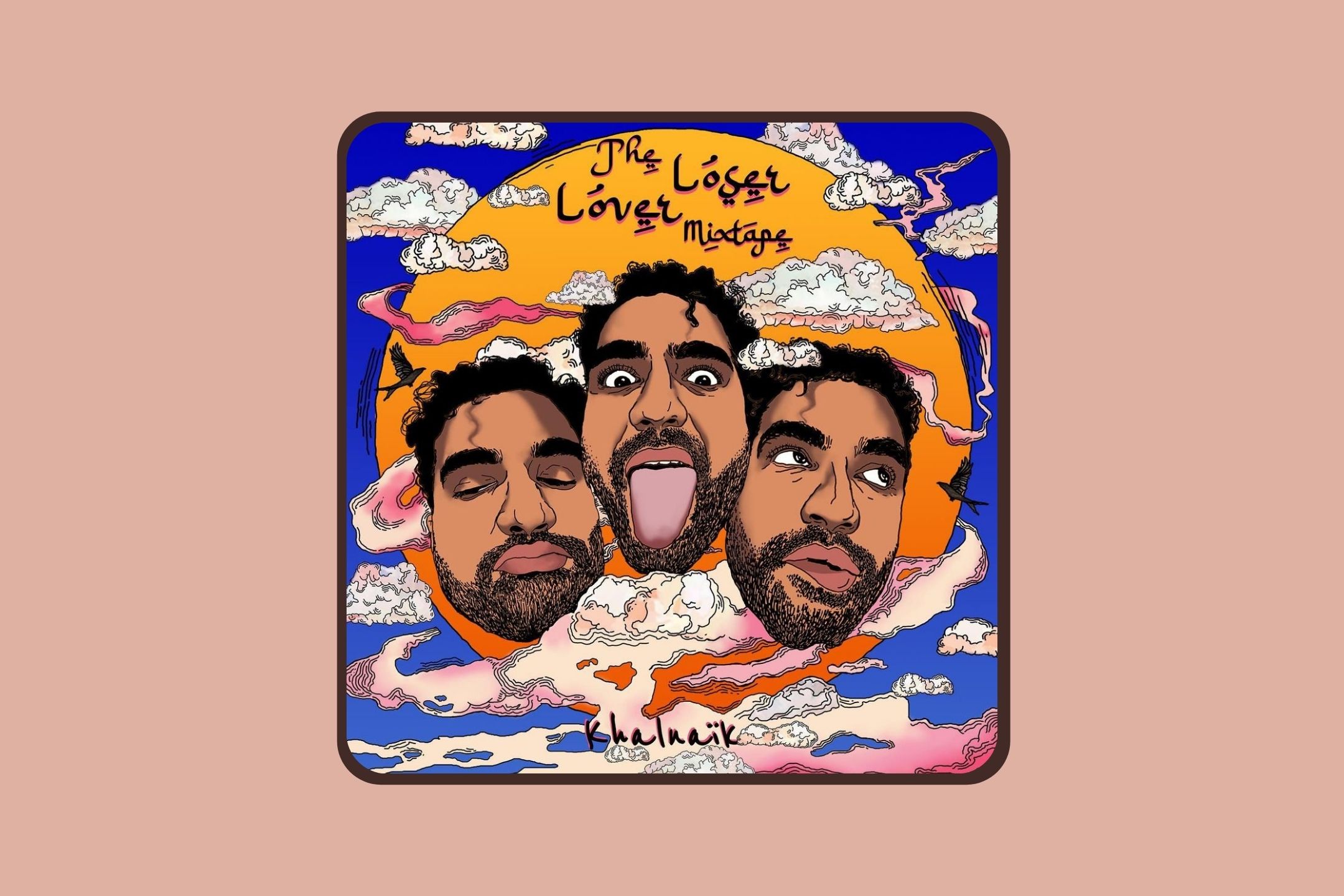 If you’ve been on the internet for the past year, you’ve probably come across one of those pastel video montages telling you to romanticize your life with a reminder that you are the main character. And amid this call to own one’s narrative now more than ever, one of the many things music lends us this similar ability to mythologize an aspect of ourselves, a memory, a moment, a feeling, a time forever.

Goa-based musician Yash Naik, who goes by Khalnaik, leans into this idea and runs with it on his 6-track debut EP The Loser Lover Leela. The visuals and narrative themes of the project are drawn from a combination of tarot card symbolism and stories of the Ramayana.

Naik described the project in a statement on Instagram as “the journey of the fool who prevails through trials and tribulations, through temptation and redemption, to his ultimate heart’s desire.” The acts, each comprising two tracks, were unveiled over three days fittingly culminating on Dussehra.

In the first act, Khalnaik sets up the protagonist as a person standing on the precipice of finding love. On the guitar-led opener ‘Two Oddballs’, the artist invites vulnerability and assuages any misgivings. It ends with a delicate and gorgeous verse by Radhika Mohite, which the song could definitely have used more of. However, Khalnaik’s compositional chops really start to shine with the soul-soaked Hindi follow-up ‘Ghayal’, much fuller with its layered and dreamy washes of keys and electric guitar. This earworm broaching listless love is a complete earworm thanks to its pop structures and infectious instrumental hooks.

If the opening chapter felt a bit safe, he dials up the project’s experimental quality in the second act, consisting of ‘Waxing and Waning’ and ‘Durga (Surrender) in Raag Mishra Bhairav’, with themes centring around following one’s intuition and letting go. ‘Waxing’ is another meditative guitar-driven ballad that scores high on songwriting but starts to feel frustratingly slow, being nearly twice as long as the rest of the tracklist. Luckily, a fitting climax comes with the left field ‘Durga’, rooted in Indian classical music elements and Middle Eastern instrumentation carried by darker percussive textures. The dramatic shift in mood and tempo to a hypnotic, beat-driven rendition of traditional chants is a pleasant surprise.

Finally, in the blissed out final segment, the artist dips his toes into alt-R&B ambience with ‘Miracle’, complete with weighty, reverb-drenched vocal textures and a tormented register channelling Joji. Pop-rock leaning ‘Jack Out The Box’ marks the resolution of the hero’s journey—telling the story of a character named Jack who finally escapes his box thanks to Jill.

With vignettes of everything from cosy evenings spent reading Rumi to watching the moon trying to overcome one’s deepest fears, Khalnaik creates a collection of songs underlying the ever-present anxieties and tribulations of modern youth while referencing the narrative themes of tarot and the Ramayana.

Though the acoustic ballad is a format running throughout the project, it never feels stale due to his skills as a producer and agility as a vocalist, constantly switching up from a smoky register to a falsetto crooning with ease. And while the songwriting can feel one-dimensional at some points, his thoughtful attention to the world-building and packaging of the project’s coming-of-age themes must be given credit. As abstract as it may seem, it represents a musician highly in-tune with their brand, an absolute must-have for a successful musician today.