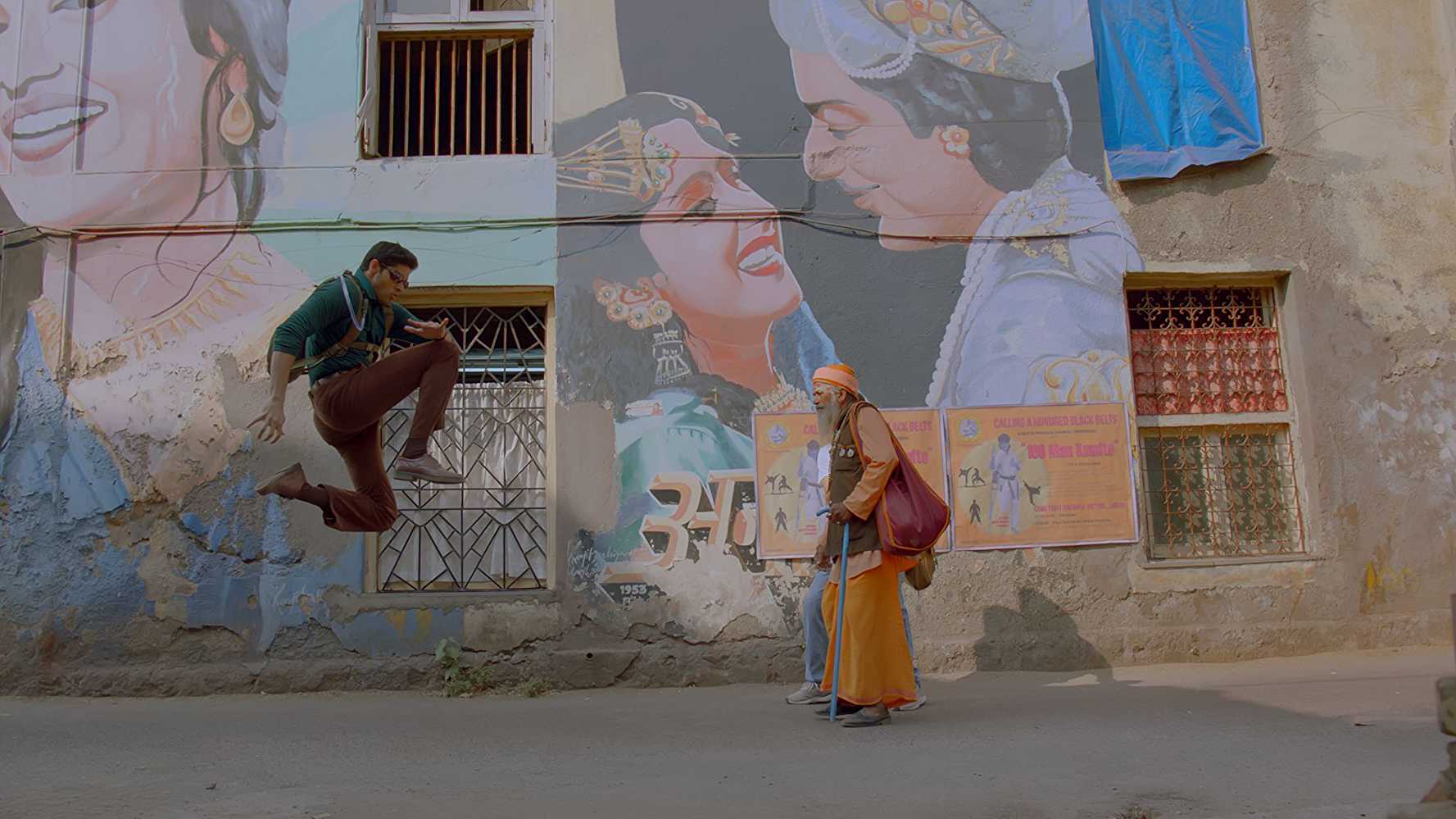 Comparisons to Delhi Belly have been drawn, and are understandable. Delhi Belly, after all, is arguably the most popular ‘weird’ film to have come out in the last decade, and Ram Sampath’s music also delivered in stunning fashion. MKDNH treads similar trajectory and Kulkarni comes out with six inventive and distinctive songs to come up with one of the best releases of 2019, one that is sure to pop up in many year-end lists.

Garima Obrah’s lyrics of ‘Rappan Rappi Rap’ keep you drawn in throughout as Karan Kulkarni crafts a funky tune that starts the album on an upbeat mood. Benny Dayal is the perfect choice to croon something like this. He is in his comfort zone. The ‘Ude Ude Chale Chale’ hook is later used in ‘Shaolin Sky’ that sees Kulkarni rapping.

‘Kitthon Da Tu Superstar’ is the Punjabi template track, but this time the template is drawn from the 90s, keeping in tune with the film’s narrative. There’s also a short rap section, and overall, Kulkarni ensures that the song remains dynamic and the listener stays away from the skip scrubber. The ‘Shooter Version’ of this song has more instruments and less singing.

The playfulness continues with ‘Life Mein Fair Chance Kiska (Jimmy Mani Song)’. This one is an absolute riot with Suresh Triveni pulling a yesteryear SP Balasubramanyam, with Tamil-accented singing. The song is obviously more enjoyable with the visuals of Gulshan Devaiah playing ‘cliché’ characters of twin brothers Jimmy and Mani. The visuals are a bonus as the song conjures imagery that is just as vivid.

‘Tere Liye’, the romantic track of the album is at once charming and soothing. While it doesn’t sound like the Emraan Hashmi hit love songs of mid-2000s, the vibe of the track is similar. Listeners of Shamoon Ismail would also find some likeable similarities. In fact, this bluesy song has a typically Pakistan pop vibe, but it must be noted that it doesn’t sound derivative of that. Director Vasan Bala’s usage of the Vishal Mishra-Kamakshi Rai song in the film is exquisite and makes it even more likeable. Romance is often an essential part of a superhero film and this song serves as the leitmotif to accentuate the connection between the two leads.

The composer also features on ‘Nakhrewali’, alongside Saba Azad. The track is an ode to Radhika Madan’s character Supri and showcases the inventiveness in Karan Kulkarni. It starts off with an ambient, electronic vibe, almost sounding like an extension of ‘Tere Liye’. But as soon as the first chorus starts, Kulkarni brings a shift in proceedings. Sanket Naik is the star with his percussions, that bring an unstinting amount of uniqueness here. However, what is most interesting is Bala’s usage of Kishore Kumar’s ‘Nakhrewali’ in the film. The classic is used for Supri’s introductory scene, as Abhimanyu Dassan’s Surya watches her kick ass. The play on the song is brilliant, and while Bala has breathed life into the classic, Karan’s 2019 take on the song, is also very lovely.

Kamakshi Rai goes on to sing the Christmassy ‘Dreamtime’, that Kulkarni has written. Her honeyed vocals on this retro jazz song would manage to lull the listener. In the film, this plays after the lead characters — Surya and Supri — get together. ‘Dreamtime, fill the world with dreamtime, as we dance beneath the images of all we wish to do’. This song is perfect for a moment like that, where the audience can get a peek into Supri’s thoughts. After being caged all her life, she has finally run away to be with her soul-mate.

Karan Kulkarni has been around for a little while now. He has a song on Sacred Games, has composed for acclaimed films like Shahid and Aligarh. Perhaps because music doesn’t play an imperative part in these films, background score for Tumhari Sulu feels like his biggest musical achievement prior to MKDNH.

It is interesting that this is the film that has put him on the map considering he started his musical journey in films with Vasan Bala’s 2012 film Peddlers, that received critical acclaim at festivals but is yet to be widely released. He certainly deserves all the love being showered his way. Mard Ko Dard Nahi Hota shows that Kulkarni has a lot to offer.