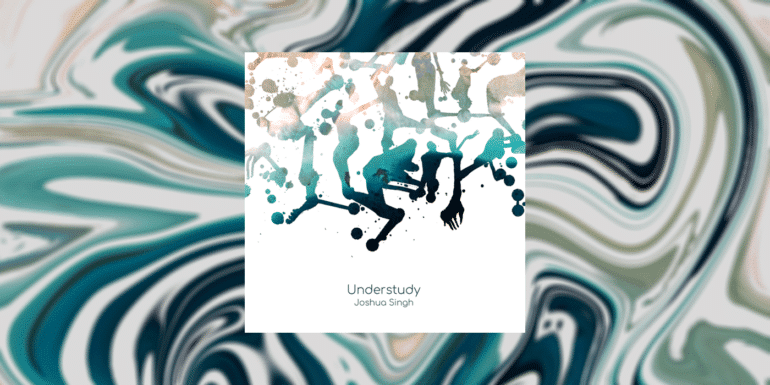 Mumbai-based Joshua Singh was, to use a cliché, born around music. The 25-year-old is part of running Joshua Music, a studio and copyright services agency in Mumbai and also drummed for rock band Spud In The Box. Making music since he was 12, Singh has been a multi-instrumentalist but never got around to releasing any of his solo stuff.

That changed when he took on the goal to write and record one song each day. From his collection, he’s picked out five that make it to his debut EP Understudy. For anyone into Spud In The Box, it’s safe to say beforehand that Understudy is far removed from the producer’s rock influences, with Singh preferring to shapeshift to fit the mood he’s going for.

There’s an understandably heavy Bon Iver influence on the opening track ‘Few Of Us Around,’ as Singh experiments with wistful vocal melodies fed through a wavering filter, much like anything you’d hear on 22, A Million and even i,i. As far as first impressions go, Singh is in control at this point, because he’s going in with a clean slate.

‘Day 6,’ which as one would correctly surmise was written on the sixth day of Singh’s process, features vocalist Kokum as well as Singh’s distant, echoey harmonizing, plus synth patterns flitting away. It’s entirely electronic and certainly intelligently designed, flowing into ‘Make Believe’. Singh sings lowly – again, in a way that you would expect from Bon Iver’s Justin Vernon – to set a melancholic mood, but the acoustic guitars sparkle in contrast. The easygoing pace allows for more elements to flow in – his sister Rachel Singh’s graceful vocals and violinist Ajay Jayanthi creeping in subtly – but also evades categorization. “Sunny days in front of me/I can see epiphanies,” he sings achingly as the track closes out. Intent of having at least one song with a vocal refrain, ‘Make Believe’ meets its aim.

There’s sonic intricacies that come up on ‘Another Day’ that probably indicates headphone listening is the best way to understand Understudy. It takes about two minutes of adding layer by layer of bass, percussion and synth before Singh’s vocals kick in, continuing the mellow, acoustic guitar-aided disposition. Unlike the previous track, ‘Another Day’ feels almost languid to actually stick and offer anything memorable.

Thankfully, Singh has a little help from friends like saxophonist Sid Vashi, flautist Rajeev Prasanna and Rachel on ‘Normal Is For Fools’. The looped synth-pad pattern punctuates every other moving part – heartfelt vocals meeting Vashi’s clarity-soaked sax parts, effortlessly meeting Prasanna’s flute lead as well. As if to get even more playful, Singh adds seemingly African gang chants for a brief outro.

There’s a lot of production prowess heard throughout Understudy, as well as singer-songwriter expressiveness. But somewhere along the way, Singh goes from unhurried to sometimes, seemingly unbothered. It fits the overall themes of how one should regard highs and lows, but Singh’s strength lies more in collaboration than something standalone.