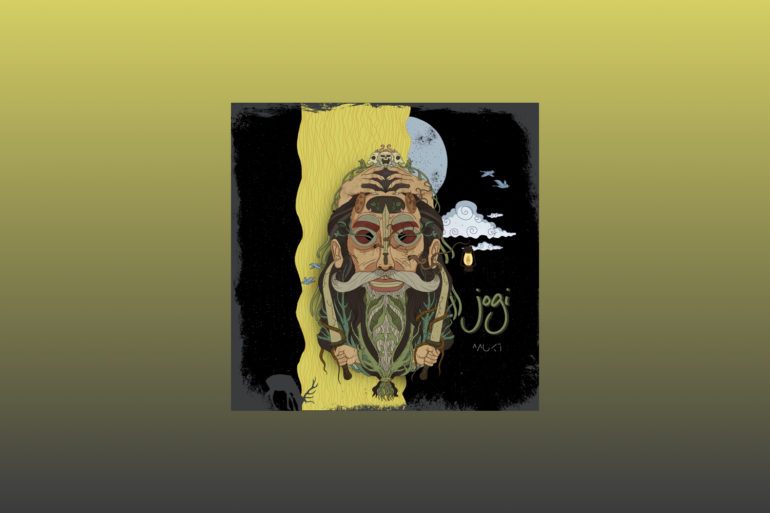 For artists, inspiration strikes in a million places, across a million topics. For Mukt, their debut album Jogi sought the same in the couplets of seven of the subcontinent’s foremost poets. Two years in the making, the Ahmedabad-based rock band raised half the money for this album through crowdfunding and the rest, through gigs since November 2019.

Comprising of Tarun Gagdekar and Udit Bhavsar on vocals and guitars, Dhaval Yadav on percussions and vocals, Yash Joshi on drums, and Raag Jadav on bass, Jogi also features Joby Joy on the tabla as a recurring guest performer in most of the tracks.

At 57 minutes, the 7-track album might feel bloated at bits. ‘Khajoor’ rebounds between folk and hard rock, sounding like two different songs merged into one that doesn’t necessarily work throughout its runtime of 7 minutes and 47 seconds. There are a couple of spots of jugalbandi between the percussion, which feels more appropriate for live performance than a studio album.   However, the guitar solos after the chorus are remarkable in their own right. Gagdekar and Bhavsar’s joyous riffs are the highlights on ‘Doosra Banwas’ and ‘Garaj Baras’. Joy provides for some excellent tabla that really binds the tracks he features on.

‘Nadi Ka Behna’ is the track that stands out the most from the album. It allows all band members enough space to flex their prowess while enabling them to enjoy throughout.

The album ends on ‘Andhayug’, a dark and brooding track. Based on a 1953 play by Dharamveer Bharati that takes place on the last day of the Kurukshetra war, the track juxtaposes itself against a post-independent India while maintaining that wars have no real winner. The quintet does well at relaying the message through their ambient music, mixed with an AIR-announcement like reading of the poem.

Unfortunately, Mukt’s debut tries to do a bit of everything at once but fails to grasp a single avenue they excel in. Although the album flirts with rock, fusion, and folk, it doesn’t commit to any genre in particular.

One can only hypothesise what Kabir, Nida Fazli, and Kaifi Azmi might think of their works being reincarnated with electric guitars and screaming vocals. Their approval notwithstanding, Jogi is a worthy and fun effort at creating a melange between their illustrious works and modern rock.

Much of the album seems fit for stadiums, where one can envisage themselves screaming their lungs out with a raucous audience. With coronavirus still very much a part of our lives, there remains a bit of time till Mukt can get to that stage. Once they do, however, make sure you do find yourself a ticket.