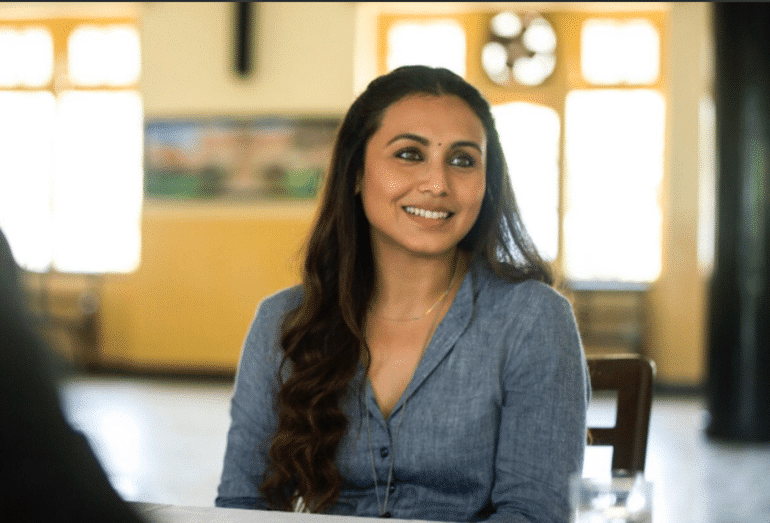 After an extremely impressive albeit brief outing in Baar Baar Dekho, Yash Raj Films roped in Jasleen Royal to compose the soundtrack for the upcoming Rani Mukerji film, Hichki.

‘Oye Hichki’ begins the album with Harshdeep Kaur reuniting with Royal after the brilliant ‘Nachde Ne Saare’. She comfortably carries the enthusiasm of the song that has been penned by Jaideep Sahni. The track takes some time to grow on the listener and requires more than a listen to see the charm. ‘Soul of Hichki’ is ‘Oye Hichki’ with a more electronic arrangement, and it is certainly interesting. Benny Dayal, David Klyton sing ‘Madamji Go Easy’, an ambitious effort from Royal, that almost sounds like a mellowed down Nucleya. The only annoying part of the song would be the perhaps intentional stretched out way of singing of the titular phrase.

‘Khol De Par’, an indie-pop style song, sees Royal trying different things with the arrangement but despite Arijit Singh coming behind the mic to sing this one, the track is largely forgettable due to a weak melody.  If there is a typical Arijit Singh song, there is a typical Royal song, and ‘Teri Daastan’ is just that. It sounds like ‘Preet’ (Khoobsurat), which was Royal’s big break given by Sneha Khanwalkar. As a young composer Royal should perhaps check how she can avoid repeating herself. A change in voice would do nicely.

‘Phir Kya Hai Gham’ sung by Shilpa Rao, a singer people hope to hear more of so for a change, is arguably the most unremarkable song on the entire album. Penned by Aditya Sharma and Neeraj Rajawat, the track is mediocre and annoying with the hook of the song trying too hard to be catchy, when the melody itself can’t do this endeavour any favours.

The album ends with the one instrumental theme on the album, called ‘Naina’s Theme’ — this is ‘Teri Daastan’ without vocals, and it sounds good! This goes on to say two things – one that Royal should sometimes resist the temptation of using herself to sing, and two, that she really has shown a lot of maturity with this piece. She brings in the haunting and minimalistic ‘oohs’, uses the piano and violins, easiest yet the most effective trick in the book, to induce a feeling of sorrow in Bollywood movie watchers.

It was only a while ago when four female singers spoke about the ‘unique gender politics’ in the music business. Film playback usually depends on the premise of the film, and to that end, the composers can’t be blamed entirely. With Rani Mukerji anchoring the film, more female voices were expected to feature and they do. It can’t also be denied that like most things, involving more women in the crew would result in better representation of women in other departments today. That is why Hichki is important and it was a good move on Yash Raj Films’ side to rope in Jasleen Royal, perhaps the most in-demand female composer in the Bollywood industry.

However, the sound of the album is conventionally YRF. It’s breezy and light, and sadly also not able to particularly stand out. Even so, the album sounds original and is encouraging for the composer who should take helming the sound of an entire mainstream film as a significant achievement at just 26 years of age. She has a bright future ahead, though one hopes, the future sees her compose more songs like those in Baar Baar Dekho and not those in her most recent endeavour.