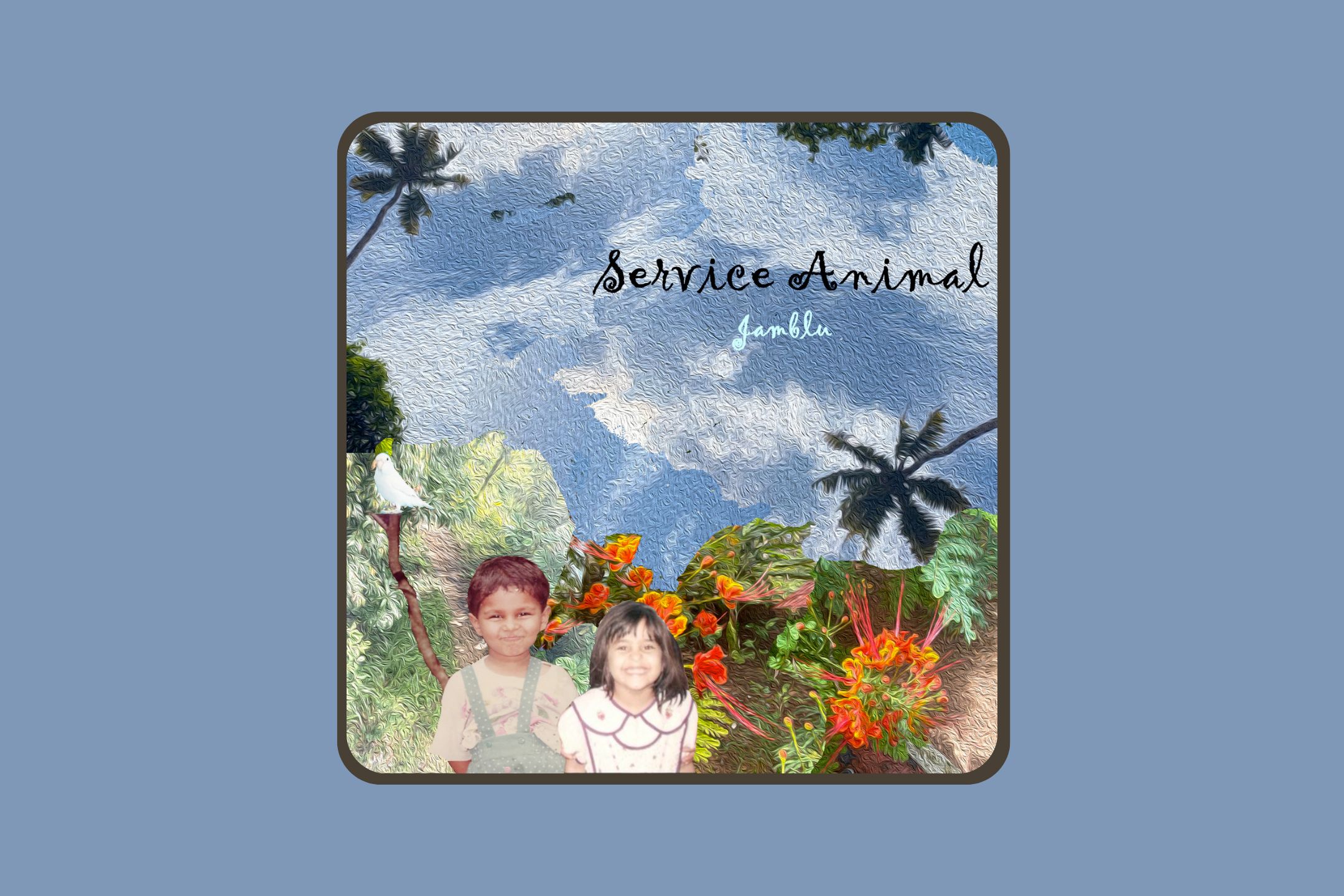 Jamblu tip-toes between experimentation and accessibility on Service Animal

The debate whether experimental music should sound “good” is one that is fairly old and misleading. It operates on the absurd presumption that there can be, in any capacity, an objective consensus. However, even if for argument’s sake we consider “good” as shorthand for “accessible”, Jamblu’s Service Animal is as perfect a balance between experimentation and accessibility.

New Delhi-based multi-instrumentalist Kartik Pillai has been releasing his solo music as Jamblu for almost a decade now. His latest outing comes in the form of a 7-track EP that seems to have been in the drafts for some time. The prowess with which Jamblu deals with instrumentation is hardly a surprise. His previous release, Music to Be Nothing To (2020) is an out-and-out tour-de-force of, as its title tellingly proclaims, languid music. Service Animal inherits at least some of this placidity from its overture, as evident in the more sombre hues of the album.

Service Animal opens with ‘If I Could Be Born Again’, and from the inception itself, the album reveals Jamblu’s skill as a producer to the listener. The title of the song carries a tone of bittersweet desire, which Jamblu carries on and evolves throughout the course of the album. It is then followed by ‘We Never Fight (Cause We Never Talk)’ which just might be the thematic crux of the album. Beginning with a saxophone strain that is evocative of Peter Cat Recording Co., the song rues a relationship gone wrong. Anand Viankara’s backing vocals really capture the regret, lament, nostalgia, and magnanimity that the song belts out.

The EP then bursts with explosive energy of ‘Surround Yourself With The People You Love (and who love you)’, where the experimental nature of the record really comes out with heavy electronic accentuations. It is immediately after that, the listener realises the immensity of the album’s flexibility. ‘Take Your Time’, an instrumental track, is one of juvenile nostalgia and reverie, revelling life in sunshine through popsicles.

‘Get New’ simply refuses to care, and in its brazen non-conformity to rhythm, lies its charm. Peter Cat Recording Co. bandmate and confidante Dhruv Bhola features on ‘Love Songs For Bad Friends’ which is almost a spiritual successor to ‘We Never Fight (Cause We Never Talk)’. Poignantly yet fittingly, the album ends with hope; with its musical lamentation, ‘I Want To Live’ ties a neat bow to what has been an array of crests and troughs.

Obviously, to call Service Animal an array of crests and troughs is not only speaking from a tonal perspective, but also an emotional one. Jamblu ensures that even apathy blooms in love, he hopes “you’re happy, and warm”. Regret and miscommunication fall among its primary concerns, but not without a promise of redemption. In a world where we must fight for the ones we love, where the possibility of being reduced to service animals is a perennial threat, being “over it” is a privilege. And it is a privilege worth striving for.