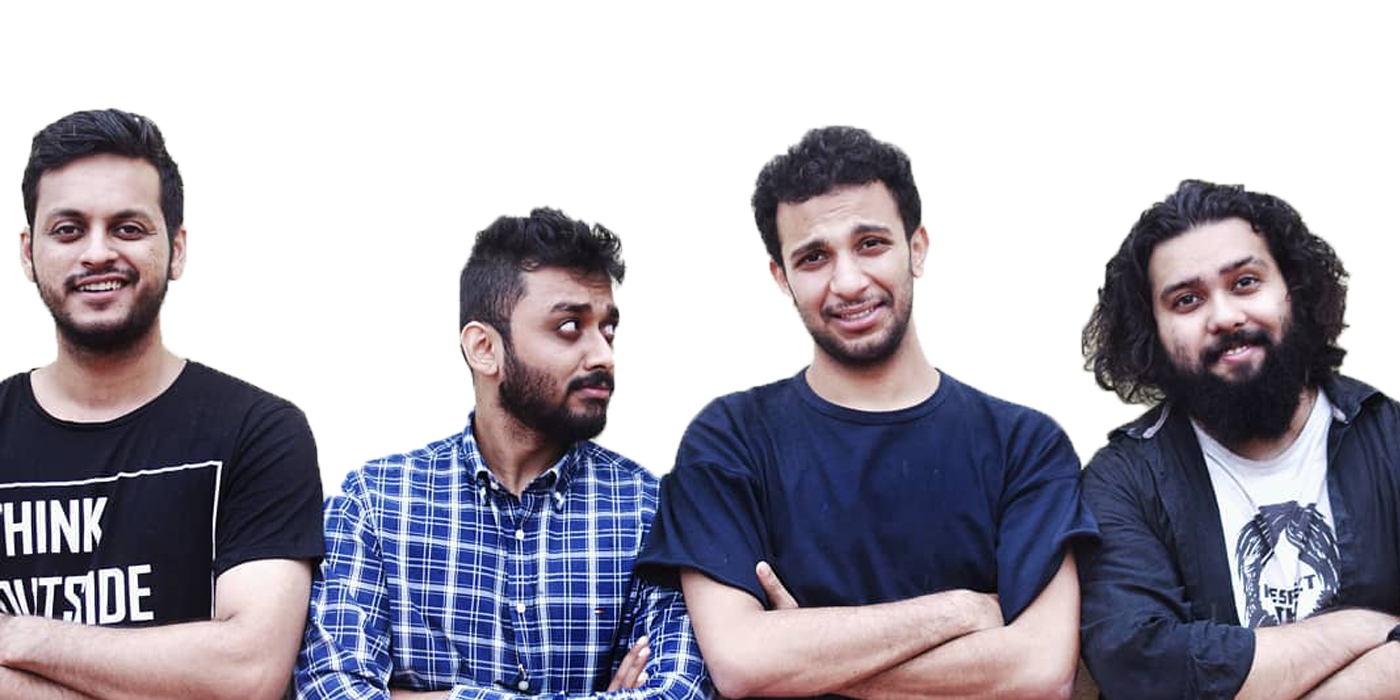 Iyers Filter Coffee drowns in its influences on coldturkey

Half a century after legions of teens tried to make it big in the pop-scape by trying to perfect their bowl haircuts, the affinity of contemporary bands for stripped-back and energetic rock tunes has barely been extinguished. Part of the appeal and viability of surf-rock, proto-punk and garage-rock bands is its penchant for being entertaining and catchy on a relatively modest budget. However, the danger that comes with stripping back and rocking out is that your audience gets more slippery with every generic riff. So how does Bengaluru based garage rock quartet Iyer’s Filter Coffee plan to hold your attention?

Iyer’s Filter Coffee made it their mission to bring garage rock to the forefront of the indie scene in India. After releasing a few covers of tracks by indie rock bands, the likes of the Strokes and the Black Keys, they eventually segued into recording original pieces over the course of the past year. These singles have finally found their way into their debut EP coldturkey.

A cursory sweep over the EP reveals that the band is a garage rock outfit all the way through. They wear the influences that they cite (namely the Strokes, RHCP, the Beatles and others) conspicuously on their sleeves. On the opener, ‘Eleanor’, we get to hear a slightly ambiguous ballad about an unsubstantiated tale of an affluent and eccentric woman named Eleanor who belonged to the pesky Richmond family contrasted with her wrinkly and decaying existence today. An interesting premise which sees no development as the band just repeats the same verse again.  The bridge features unintelligible vocals hidden behind a flurry of generic and unoriginal distorted guitars and drums.

‘Beach’ is the high point of the EP, featuring less intense, more intimate and catchy instrumentation. On the surface, it appears to talk about infidelity. However on repeated listens, the illusion of shallowness is lifted and the track explores intricacies of falling in love and the inner turmoil and conflict that comes with it in a way that is seldom explored in romcoms. The lyrics, albeit simple and straightforward, come from a personal place, making it an engaging experience.

‘Soma’ is admittedly a driving, energetic and fun track with crunchy guitars and a catchy bassline. However, the band falls painfully short on the lyrical front, much like ‘Moonlight’, another saccharine love song. The instrumentation is forgettable with the run of the mill bass and guitar riffs. On ‘Why Don’t You Come Over’, the instrumentation is crisp and beautiful and stirs up images of fairy lights and long walks. Like the rest of the record, the band displays a penchant for being seasoned and talented performers. However, painfully overused ideas like comparisons of the girl in question to cigarette addiction come back to haunt us.

Love songs are staple to nearly every genre. A significant portion of the Beatles’ discography are songs about falling in love and broken hearts and so on. However, what the band has failed to grasp from these clear influences is how to approach these songs with nuance or some degree of creativity and innovation. The instrumentation is well arranged and performed, but fail to bring anything to the table that every other rock band hasn’t. However, there are moments on the album that part the curtains just enough to reveal the incredible talent and passion of the band as musicians. For example, ‘Beach’ hits the bull’s eye when it comes to an enjoyable and engaging garage rock track. Perhaps, the band would benefit from turning over these ideas and sitting on them for a while longer to be able to produce more unique and enjoyable experience.