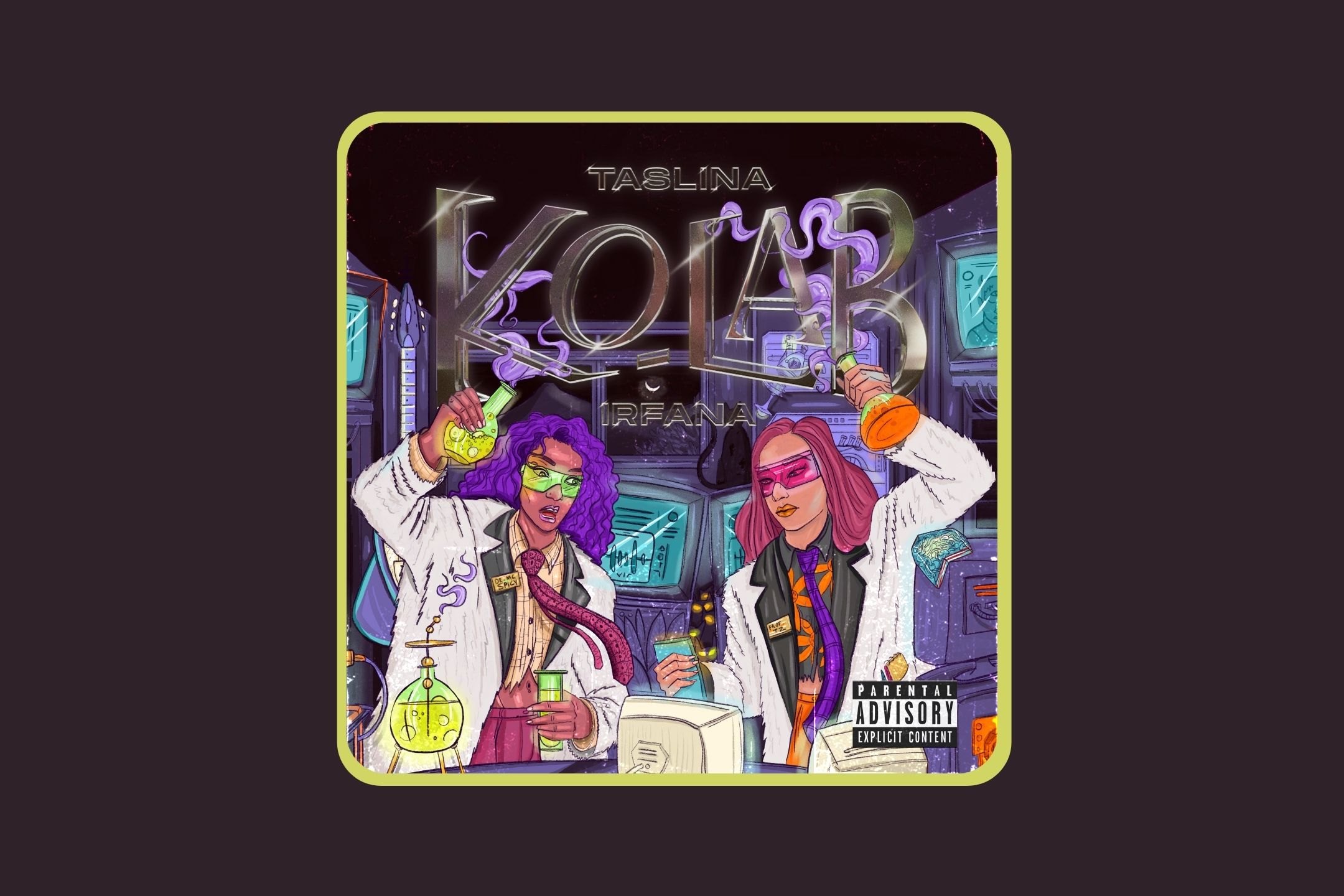 Growing up as childhood friends in Kodaikanal, singer-rapper Irfana Hameed and Atlanta-based producer-singer Taslina Nazar also parallelly nourished the musician side of themselves and their paths would intersect regularly to help each other along the way.

The first glimpse of this tag team is understandably glorious, the rapport bubbling in every second of their debut EP Ko-Lab. While Irfana has been releasing music (even teaming up with ace Kerala beatsmith Parimal Shais), this is Taslina’s first studio release on streaming. They both make it count in their own ways, with a little help from producers like Kalla Sha, Doc Awes (from T.ill APES) and Indo-Dutch soul singer RANI.

Swerving between saluting old-school hip-hop rules and going off the rails with an exciting, confident energy that’s been sorely missing in Indian hip-hop, Ko-Lab comes across as effortlessly cool as well. Irfana refers to colorism and discrimination on ‘MOB’, the opening track produced by Kalla Sha. There’s a pendulous, West Coast hip-hop buoyancy and a warped chorus that makes the track a perfect marriage between the best parts of the past and present styles.

The duo explained in a press release that the lyrics “explore soul-searching, the questioning of the current political atmosphere, calls to action, and shameless reflections of the lives of care-free 20 somethings.” Irfana and Taslina switch it up on ‘Gospel’, which appropriately brings soul and gospel vocals from RANI. The duo are more than happy to leave the space up for RANI to lead the track, which indicates their aesthetic when it comes to collaborations.

Over a slinky, phasing beat by Taslina, ‘Zig Zag’ sticks to the formula sonically but the duo are badass to the bone, unflinching in how they’ll keep moving with the times. Kalla Sha returns to provide the production on ‘Program’, the seemingly Indian percussive elements thrown up against looming bass lines and eerie string elements, as Irfana talks about the state of the country and how hip-hop needs to speak truth to power. The intensity cuts through similar to the way Indo-Canadian siblings Cartel Madras run their flow, which is all about showing up and bringing nothing but fire in the recording booth. “Are you nervous? I think you’re nervous” is Irfana and Taslina’s closing statement, sounding off the competition, if they’re ever to find anyone to catch up to their level of lethal.