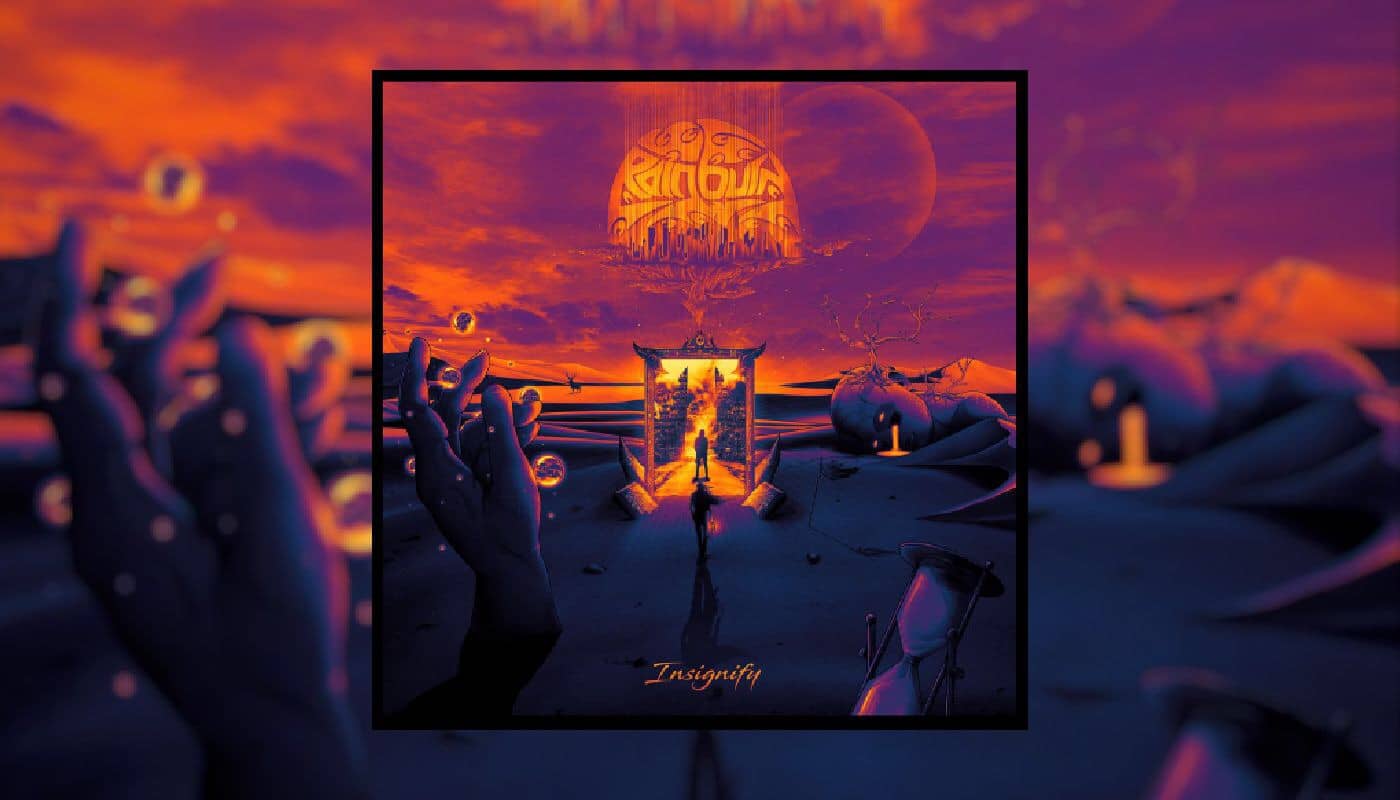 Insignify by Rainburn is an enjoyable but generic prog rock album

The recent resurgence of progressive rock in India has turned into something of a juggernaut, overpowering other sub-genres. We have witnessed bands work with amalgamations of classical music, electronic, metal and many more. With its latest concept album, Rainburn aims to push more boundaries than ever before.

Rainburn is no stranger to success in the prog rock realm. Its debut EP back in 2014, Canvas of Silence solidified the band’s sound as an accessible yet technically impressive ensemble of carefully arranged instrumentation and philosophical lyrics. The EP featured a fusion of their progressive roots with pop-rock, catchy melodies and motifs that subtly reference Indian music. The EP received widespread acclaim and established the band’s presence as a force to be reckoned with.

Its debut LP, Insignify was anticipated by many to see where the band would take its music next. The band has followed in the footsteps of the forefathers of the genre by conjuring up a concept album that deals with nihilism, the inherent meaninglessness of life, narcissism and the quest to fill that meaningless void in life. With themes as generic and beaten-to-a-pulp as this one, the selling point obviously lies in the presentation. However, Rainburn seems to have taken the safe road by resorting to a lot of lyrical cliche’s one would normally associate with the genre. Instrumentally, the band has managed to string together a pretty likeable assortment of grunge rock, heavy metal, synth-pop, 80s funk and like many of their Indian contemporaries, classical music. Avik Chakravarty’s vocals are endlessly passionate and evocative and brim with energy and vitality, a stark (and effective) contrast to the grim subject matter on this album.

However, this is not to say that the band falls short of an entertaining and grandiose presentation. The entire album kicks off with the narrator over-dramatically summarising the nihilistic themes of the album. The album comes a full circle in the end with the narrator’s verbal and instrumental call-backs to the opening track. This isn’t a new concept but the band makes it their own and it works well in the context of the album.

The album is full of tracks which are basically an assortment of the band’s clear influences. Each track transitions seamlessly between genres. For example, the closer, ‘School of Atlanta’ is the only catchy, upbeat cut on the record, which transitions seamlessly into an endearing classical flute solo. The band experiments with these transitions on tracks like ‘Within’, which starts off as an ambient and atmospheric serenade, with the chirping of birds giving it a wider scope. The track then suddenly transitions into an upbeat hard rock tune with a bendy guitar solo and punchy beats.

The band takes this experimentation even further with ‘Purpose’, which is mostly an acapella with the verses comprising each band member singing out of phase before they converge together on the chorus. This marks the sonic high point of the album as it beautifully represents inner conflict, anxiety and turmoil in a unique and compelling manner. However, this is as far as the bold experimentation goes. The five other tracks on this LP, although perfectly enjoyable, are painfully generic and safe in their approach. ‘Elusive Dreams’ is textbook prog rock with a slight classical flair and elements of glam-metal. The track steadily increases pace and abruptly ends in a percussive interlude, which transitions into the next track. ‘Mirrors’ is a low-key jazz inspired track with these guttural vocals. There are elements of funk, goth-rock and grunge on the tracks ‘Merchant of Dreams’ and ‘Someone New’ which both feature pessimistic lyrics about impending doom. ‘Suicide Note’ is textbook glam-metal with not much interesting apart from the cute, shiny keys and guitar duet towards the end.

This LP feels like the band dipping their toes into various sub-genres while presenting their amalgamation as a prog rock odyssey. The tracks are technically impressive and extremely well produced. However, the band falls short on their ambition and drive to push boundaries with half of the tracks here, with the latter half barely scratching the surface.