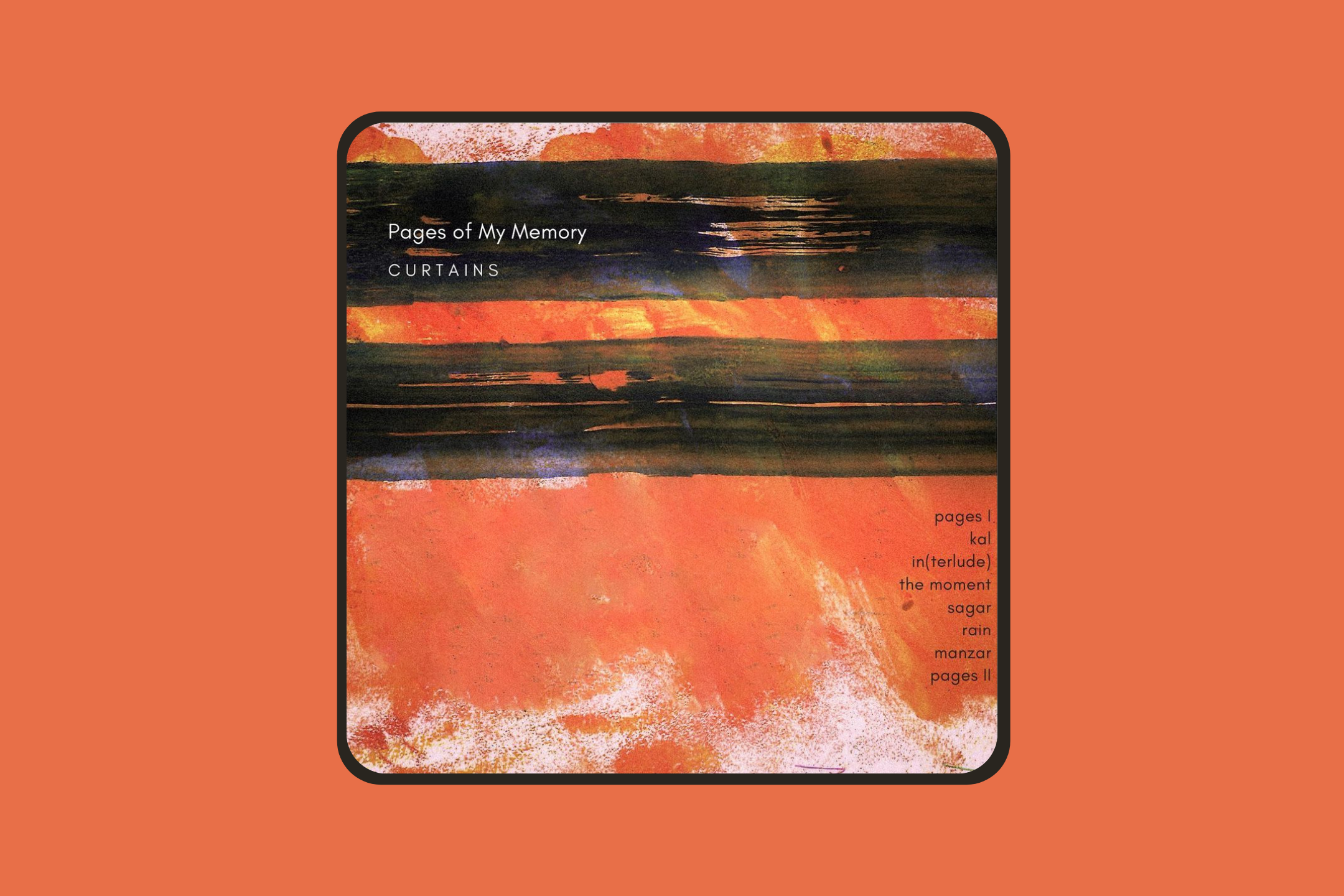 Friends through school and college, New Delhi-based musicians Prakhar Yadav and Dev Bhardwaj conjure a sense of liberation, sprawling Hindi and English rock on Curtains’ debut album Pages Of My Memory. In the making for three years, the bedroom project was entirely recorded using the duo’s home setup.

In what can be considered a debatable DIY move, Yadav also mixed and mastered the eight-track album. The result is a cosy, laboured kind of rock which occasionally incorporates star-gazing crescendos and twinkling guitar work. At the same time, that sort of immersive sound is missing from the album, and perhaps they could have done with a little more finesse.

Nevertheless, the intent and message of the songs are very much laid out in as vulnerable a manner as possible. ‘Pages I’ for example, is a perfect opener in that it offers the most unexpected journey for listeners tuning in for the first time. There’s an elevated bridge which is the strongest part about the English track. Curtains carry it forward with ‘Kal’, with a shoegaze-y, roomy rock sound that packs more of a punch in terms of volume, intensity and its Hindi lyrics. The piano and string-synth portions make for weighty additions, and any listener would be impressed by now.

There are stylistic choices of including two cinematic, intriguing fillers, including ‘Interlude’ and the more emotive guitar-driven song ‘Rain’. This adds a bit of sonic diversity to the record, but you’re not really paying attention to them after a while, due to its fleeting presence overall. There’s a hint of Thom Yorke-esque falsetto and melancholy arrangements a la Radiohead on ‘The Moment’, which also ably delivers a charge-and-retreat cadence of rock.

Pages Of My Memory comprises two previous singles from 2021, including ‘Manzar’ and ‘Sagar’. Through a raw delivery of metaphors on ‘Sagar’, there’s an earnest attempt by Curtains to sound like an arena-ready band. But on the production front as well as their choice of weathered vocals, they retreat just a bit inwards and perhaps intentionally so on ‘Sagar’, with an organ solo that makes for a bewildering addition. But then again, it feels like that is Curtains trying to not take the familiar sonic routes.

‘Manzar’ too comes across like a lo-fi, intentionally less-polished sound gleaned from The Local Train or aswekeepsearching. It seems more destined for ragged college competition stages than any big headline slot just yet, even though the emotion of the track can really hit.

Curtains team up with Kevin Verghese and Gayatri Deepak to wrap up the album with ‘Pages II’ and here, we come across a depth that really ties things together. The four-minute closing song is a heartening sign of what the duo can pull off. It’s plaintive and honest with lyrics about the past and making peace with it, cleverly incorporating string elements and not feeling like a drag. Although 24 minutes shouldn’t feel like laborious listening time, Pages Of My Memory does veer into that territory at times, but Curtains thankfully make up for it by the end.