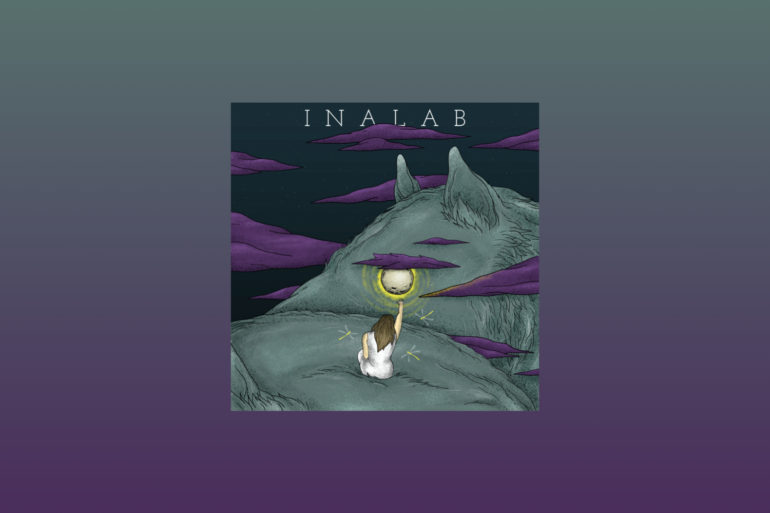 What started out as a solo project by Parikrama bassist Gaurav Balani is now a fully-fledged brand, comprising of several established names in the music scene.

The Commons, the debut EP by New Delhi band Inalab, is a fusion of electronica, rock and folk. The group’s technical prowess is on full display on the EP as they fuse complex rhythms with vocal acrobatics and weave heavy synths with analogue sounds.

The opening track, ‘Bonzo’, starts off like a silent film, all crackle and moody strings. Soon after, the drums gently usher in the descending melody, creating a melodic theme that would not be out of place in a James Bond film. Vocalist Shruti Dhasmana gracefully slides and growls over pulsating strings and together they create a dark, foreboding atmosphere, hinting at the chaos that is soon to ensue.

At times, Shruti employs smooth R&B-infused vocal runs and jazz scatting. At other times, she delivers a strong rock vocal performance. If the track’s constant genre-switching seems a little manic, it only helps to accentuate the underlying themes of confusion and suffocating in one’s thoughts.

While the first track captures the chaotic feeling of hysteria, the second track, after which the EP is titled, offers a more cohesive vision. Leading the listener out of their internal thoughts and into the outer world, ‘The Commons’ conjures the image of a vast expanse. The noodling of guitars and scattering of synths sit atop a droning bass line which mimics some of the stringed instruments found in the folk bands belonging to Rajasthan’s desert region.

There is a rustic quality that comes to fore when flautist Shashank Singhania begins to play an enchanting melody. Echoing the sound of the wind, it induces a sense of delirium and cooks up a mirage that lures you into it.

The track’s unusual time signature gives Suyash Gabriel a chance to show off his chops in an impressive drum solo right before a powerful conjoining of the forces. You can tell Gaurav Balani and the rest of the band are having a blast here as they feed off each other’s energy. Not before long, the track comes to an end with only the initial sonic elements remaining, like a trail of dust from a desert storm.

On third track ‘Tilikum’, we are introduced to a gently plodding piano by Archit Anand amidst spacey synths. Shruti seamlessly transitions between sounding angelic and enraged. At times, it is a little hard to make out the lyrics, but perhaps this is the point. The sound of falling rain that begins halfway through the track creates a sense of being submerged underwater, of being unable to grasp at the surface while slowly sinking deeper.

If the EP’s first three tracks represent their own distinct landscapes, the fourth track, ‘Interlude’, transports the listener into a new one. The interlocking of playful synths with tribal rhythms plays like a video game in which the lead character makes their way through a ravaged jungle.

The fifth and final track of the EP, ‘Unstoppable’, treads into new territory, one that is reminiscent of 80s Whitney Houston pop jams. While the track initially feels out of place on the EP, upon closer listen, it becomes clear this is still very much part of the EP’s universe.

True to their vision, Inalab offers a fresh twist on the pop formula, punctuating the bright, major melody with a more modern treatment of Robyn-esque arpeggiated synths as well as chromatic vocal “ooohs” that take the track in an unexpected direction.

The experimental nature of the EP and its genre-bending may catch listeners by surprise. However, Inalab’s choice to combine sounds and textures that one would not expect to hear together is a bold one. To not take the plunge and step into their universe would be to miss out on a journey worth taking.