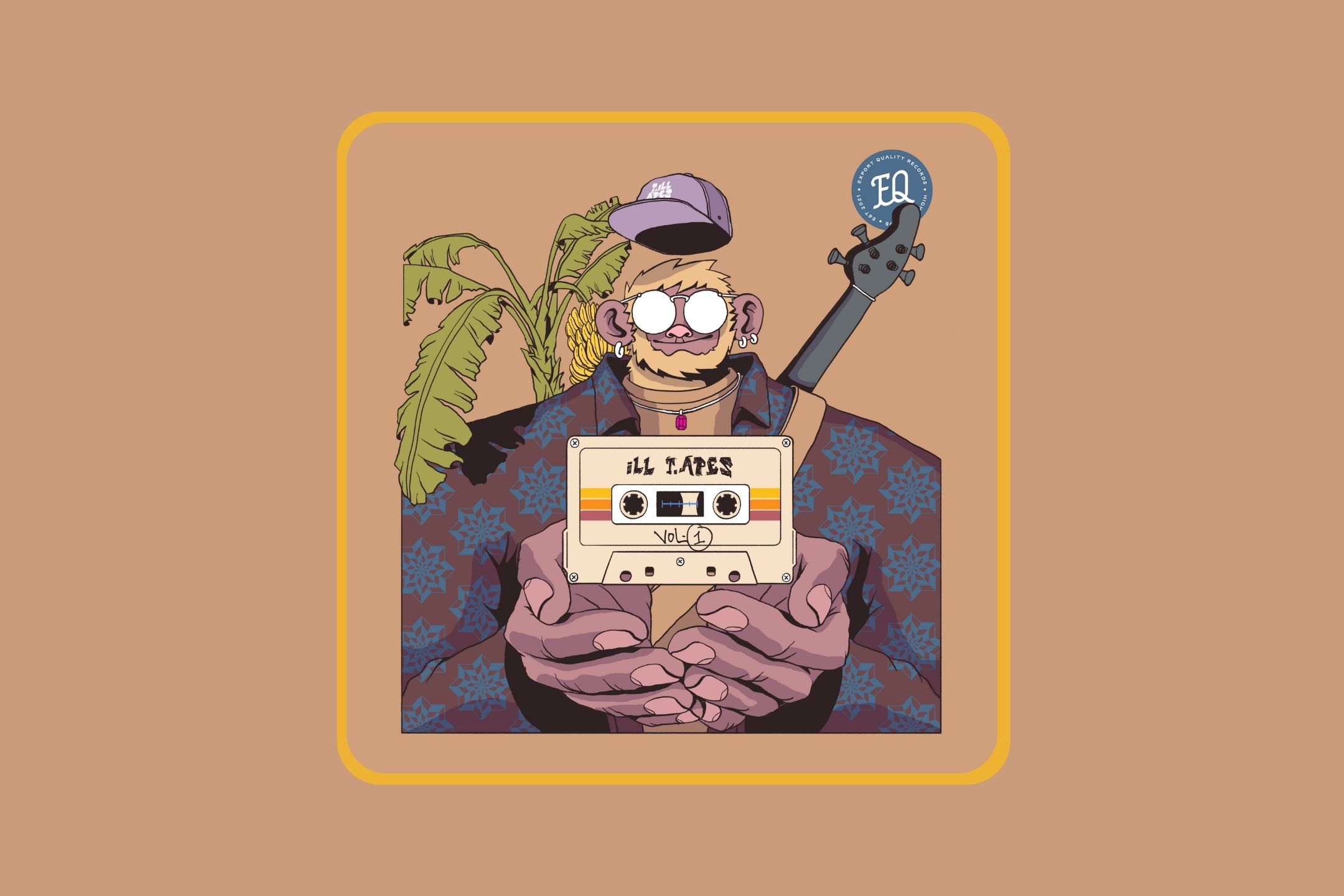 ill tapes offers a window into Till Apes creative process

As a sinister refrain kicks off the mixtape opener ‘A Captive Audience’, it is immediately apparent that something’s different with Till Apes. ill tapes Vol.1 is the group’s first significant release since the 2020 stellar debut Lift Off. It offers up a cornucopia of sounds and experimentation, with the promise of unfiltered collaboration. Largely instrumental, the tape presents the sampler as the band’s lead instrument, and members choosing instead to weave their interplay around a series of rhythmic equations emerging from said sampler.

The material on offer finds its core in Amrith Raghunathan (Doc.Awes), drummer Sange Wangchuk and Soorya Praveen, who proceed to put on clinic after clinic as the tracks whizz by. ‘Be Who’ is funky as hell, and Soorya’s bass acts as the repetitive glue holding it altogether; ‘Bliss Bliss’ evoking the ghost of J Dilla while echoing Nujabes. The stuttered beat serenaded by ambient piano is a firm contender for admission into the annals of Lo-Fi Beats to Study/Relax To, a joke that the band is clearly in on. ‘Chill Hill’ cites some Gold Panda-style vocal sampling, the new toy in the studio being put through its paces.

The record does suffer a bit of fatigue in its eighteen-and-a-half minute runtime, as ‘Somewhere Safari’ stays firmly in the same territory as ‘Chill Hill’. ‘Have You Robbed Santa Yet?’ feels more self-aware than it should, as the band make a consciously different beat to the ones preceding it. Melancholic synth chords over a markedly differing rhythm, the track is one of the high points on the record and may be a minute too short.

‘Traffic’ is the first and only appearance of rapper Hanumankind on the album, one that makes his absence on the rest of it immediately apparent. The track plays out as an homage (or a dirge if you see it that way) aimed at Bengaluru’s infamous traffic and work culture, painting an image of a city creaking under the weight of its citizens. Entering the record’s final corner, ‘That’s Just Wine’ is a suitably drunken stumble, with clever saxophone, grimy bass synth and whip-crack snare drum.

As a project, ill tapes is an interesting window into the creative process. The members’ individual chops are significantly more polished, be it the insanely inventive drumming (in parts), the equally inventive sampling peppered throughout, or the astute production draped all over. It could also be viewed as an information dump, a creative bloodletting as the group unloads some baggage, keen to move on to the next thing.

The instrumentals have seen a few MCs lend a hand with their interpretations to good effect, potentially offering up a steady stream of content for the next few months. But the record sorely misses it. A few tracks suffer from bad positioning, resulting in a bloated middle section that is indulgent without any real payoff. That being said, the album is experimental without being esoteric, clever without being pretentious. It draws from a wide palette, creating a fistful of songs fit for soundtracking work, driving, pool parties, barbecues, maybe even a bar brawl.