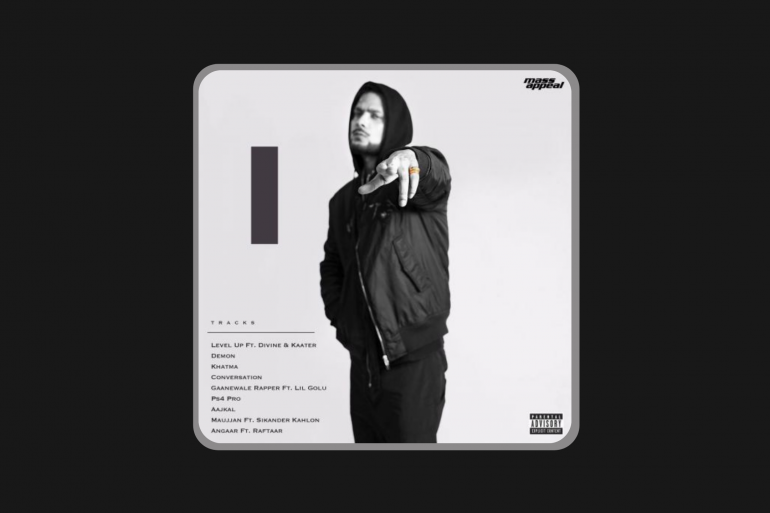 When Hindi and Punjabi hip-hop went mainstream in India (the first time around), figures such as Yo Yo Honey Singh and Raftaar were amongst the first names to be in high demand amongst film producers and major labels. Singh clearly knew the ropes so well that he mentored and supported a few other artists from the capital. Ikka Singh aka Ankit Singh was amongst those, growing in the underground hip-hop space since at least 2012 when his debut album Gambler dropped.

Part of multiple crews ranging from Mafia Mundeer to Black Wall Street Desis and Nau Sau Bai, Ikka steadily took on an increasing amount of Bollywood and Punjabi film music work that eventually made him sought after. By the time most people heard of Ikka, his past as an independent artist was more or less in the background, as he began to be known as a go-to rap guy by the likes of composer Tanishk Bagchi and Rishi Rich since 2014.

Nevertheless, a seasoned hip-hop artist through and through, Ikka breathes a little and flexes a lot more on his new album I, which released via Mass Appeal India on November 20. With albums being back in favour as an artistic statement for heavy-hitter artists like DIVINE, Raftaar and Badshah, Ikka plays right into it with a bagful of brags on I, which clocks in about half an hour.

Right out the door on the opening track ‘Level Up’, Ikka compares himself to Tesla, Sanjay Dutt and LSD and this is just in the first minute of the album. We hear the familiar Ikka in his confessional, conviction-heavy delivery on songs like ‘Demon’, which dives offering arresting beats. He can often sound like just another gruff rapper (‘Khatma’, ‘PS4 Pro’), but then there’s openhearted, frigid hip-hop that philosophizes strongly on ‘Conversation’.

While ‘Gaanewale Rapper’ and his Raftaar collab ‘Angaar’ are ace cuts in terms of production, Ikka also plays up his identity as a Jamnapaar rapper. The standard dose of braggadocio is very much apparent on songs like ‘Aajkal’ but it’s also underscored by his apparent struggles (of crying for a McDonald’s Happy Meal, amongst other things) and looming impostor syndrome.

Sikander Kahlon, often an incorrigible rapper in the Punjabi scene, joins in for ‘Maujjan’, one of the Punjabi tracks on I that’s very much the must-have party track. It feels like Ikka takes off right at the end with ‘Angaar’. In an attempt to take names and kick ass, the rapper is nearly homophobic which doesn’t matter much when you have a bashing production from Sez on the Beat.

A few glitches and obvious tries at walking the tightrope of pleasing hip-hop diehards as well as the following he’s accrued from film soundtrack work, Ikka spreads himself a little thin on I, with his heart in the right place only sometimes.