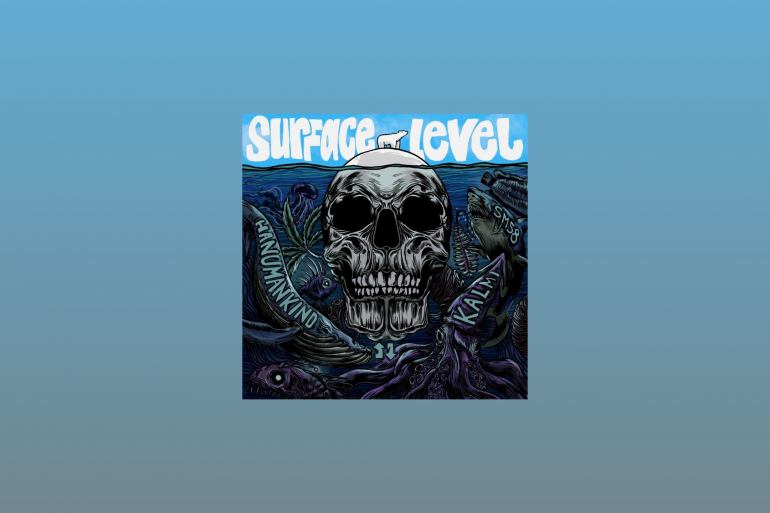 Rome wasn’t built in a day. But add a couple more hours, a fiery emcee, an able partner-on-production and months of a persistent creative block – and the product created is a quickfire masterpiece. Surface Level is a mixtape by rapper Hanumankind and producer Kalmi, made over a four-day deadline, as an attempt to rise above the lockdown rubble. And they certainly do soar high.

Sooraj Cherukat, known by his rap moniker Hanumankind has carved an experimental niche for himself in India’s bustling hip-hop circuit. Be it with his arrival on 2019’s debut EP Kalari or leading the pack of alternative musical minds that is Till Apes, the Bengaluru wordsmith has been shifting styles and gears with ease. And on Surface Level, Hanumankind looks within and at the world outside over 4 tracks and 12:42 minutes. In this tale of two cities distanced by a pandemic, while Hanumankind fired through his flows in Bengaluru, frequent collaborator Kalmi crafted the beats behind the bangers from Hyderabad.

The mixtape begins with ‘No Hook’ a fast & furious no-holds-barred freestyle. The track starts with an audio note that sounds like Hanumankind struggling through a hangover, but the lyrical flow that follows is a rager that can get you there. In the music video released for ‘No Hook’, Hanumankind is shown breezing his way through Bengaluru’s streets on a night of drunken rush with friends.

On ‘Cowboy Samurai’, Kalmi rips open a Shaolin-inspired beat as Hanumankind cuts through with his verses: “Sharpening the sword, practising my aim. I’m a Cowboy Samurai, it’s a battle every day.” In a Samurai Jack-esque world created on tape, the Kerala-born, Texas-raised and Bengaluru-bred rapper journeys through his identity and hustle.

‘Catharsis’ takes the artist on a journey as he ponders upon personal demons and also, the state of affairs in the country. Rampant corruption, oppression of the poor, police violence – all the darkness that you have witnessed on the telly in the last few months, has Hanumankind seething on his rhymes. And lest you have forgotten, the rapper reminds and demands “Justice for Jayaraj and his son.” Singer Rudy Mukta adds a rap meets lo-fi pop aesthetic with her back-up vocals on the track.

‘Rest in Power’ signals an end to the mixtape as an ominous beat boom. Over a Metal-inspired vibe that can get heads banging, Hanumankind preps you for his rise to rap power.

Surface Level is a project that bears the stamp of rapid execution but without sounding hastily-made. Though it took Hanumankind and Kalmi all of just 4 days to conceptualize and construct this mini mixtape, the tracks, themes and moods are sure to stay back in your mind days after you have heard it.