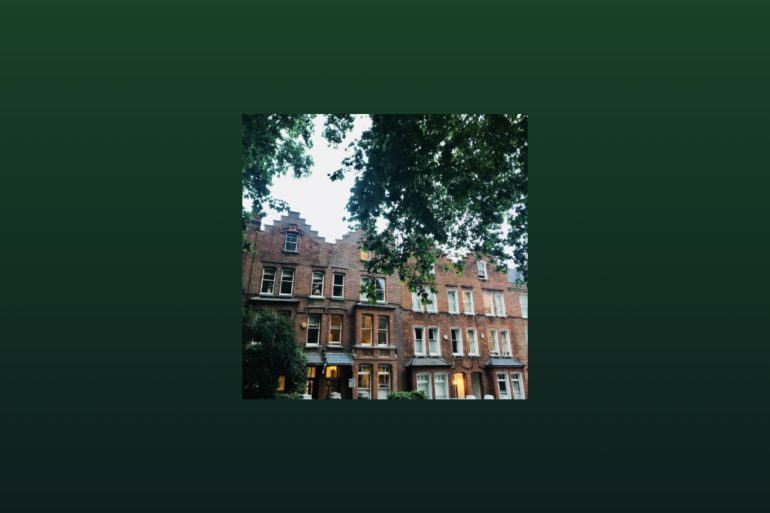 The artist is the earworm in Krameris Hampstead

The subjective influences of music are often credited to the existence of genres. What works for one person might not for someone else. Electronic music, of all the varied genres consumed across diasporas and demographics, has oft seen the most polarised reception over the years. However, as a sub-genre, ambient electronica has mostly not found itself in this grey area. The soothing nature of the music works for most, if not all.

Krameri’s Hampstead religiously sticks to that space. ‘Loving You’ is the perfect kickstarter, introducing the listener to Krameri’s intentions. The harmonies are pleasant and the synths, addictive. Reminiscent of Bhavyalakshmi’s popular ‘Minnunnunde’, the song exploits vocalist Damini Chauhan’s husky texture optimally within its short runtime. The crisply paced electronic groove accentuates the song’s quaint charm.

‘All This Time’ aims for a more serene fabric. The artist doesn’t crave to surprise, instead, working towards consistent collusion of synth and voice, to lure the listener into her own indigenous soundscape. The adlib vocalisation, that is uniform across all songs in the album, gels well into the song’s lax demeanour.

‘Lonely In My Head’, despite its lyrical apprehensions, is the most sensuous of the songs. Krameri functions in all her husky glory, to deliver a slow-burning number. The minimalistic electronic production works astonishingly well, rendering the song all the more captivating.

‘Now It’s Complicated’ chooses to demonstrate one core melody, working around it, to create a more enduring impression. The song doesn’t boast of the charisma that the first three songs do, but still manages to glue you in. ‘Highway Cemetary,’ much like its grim christening, aims for a melancholic tone. Percussion is kept far away at bay, focusing entirely on the vocalist’s evocative skills, with a copiously ambient background score working in tandem.

‘Silver’ is flanked by innocuous major chords, proceeding affably. The percussion picks up strikingly, with retro-futuristic electronic synths playing the perfect foil. The lyrics, adolescent in essence, isn’t jarring, ably crooned by the artist. One might wish the groove had been more prominent, but it doesn’t take anything away from the song. Ultimately, ‘Silver’ ends up being the pick of the lot. With ‘Summer Stayed,’ the artist attempts a sombre tone yet again, with strings and keys working as the perfect catalysts. Krameri’s vocal explorations are at their finest in this number, arguably the most soulful of the album. The decision to give the vocal melody predominance over the rest of the production works again, as well.

‘It Was Cold’ is a spiritual cousin of ‘Summer Stayed’ but chooses a more percussive approach like ‘Silver’. However, the song is marred by startling pitch-outs in the vocal harmonies. The song’s abrupt culmination doesn’t help its cause either, with it ending up being the weakest of the ample lot. ‘Dark Days’ jumps right onto the album’s gradual melancholic progression. Being the longest song in the entire album, it takes it’s own sweet time to grow, even conjuring a beautiful tempo shift right through its primary verse. The artist is once again at her poignant best in her rendition. However, the vocal segment being over-produced mildly impairs her effort. The natural tonal shift would’ve sufficed, in this otherwise soulful number.

The tenth and final song from Hampstead, doesn’t aim for a crescendo. Instead of ending on a high, ‘Painting Illusions’ tries to create an amalgam of the dominant elements found across the album; the melancholy, percussive electronica and adlib vocalisations. Krameri’s presumable goal to have a lasting impression, hence, is mostly successful.

“The prominent theme in the album is that of dreaming; dreaming so headily that it becomes a fantasy,” Krameri says, talking of her work. Hampstead boasts of ten short songs that may seem like extensions of one another. If one is to binge on the album, one can’t be faulted for not realising when a particular song ends and the other commences. This is probably why the album doesn’t have a specific earworm. Despite the few sporadic misses, the earworm here is the artist herself.