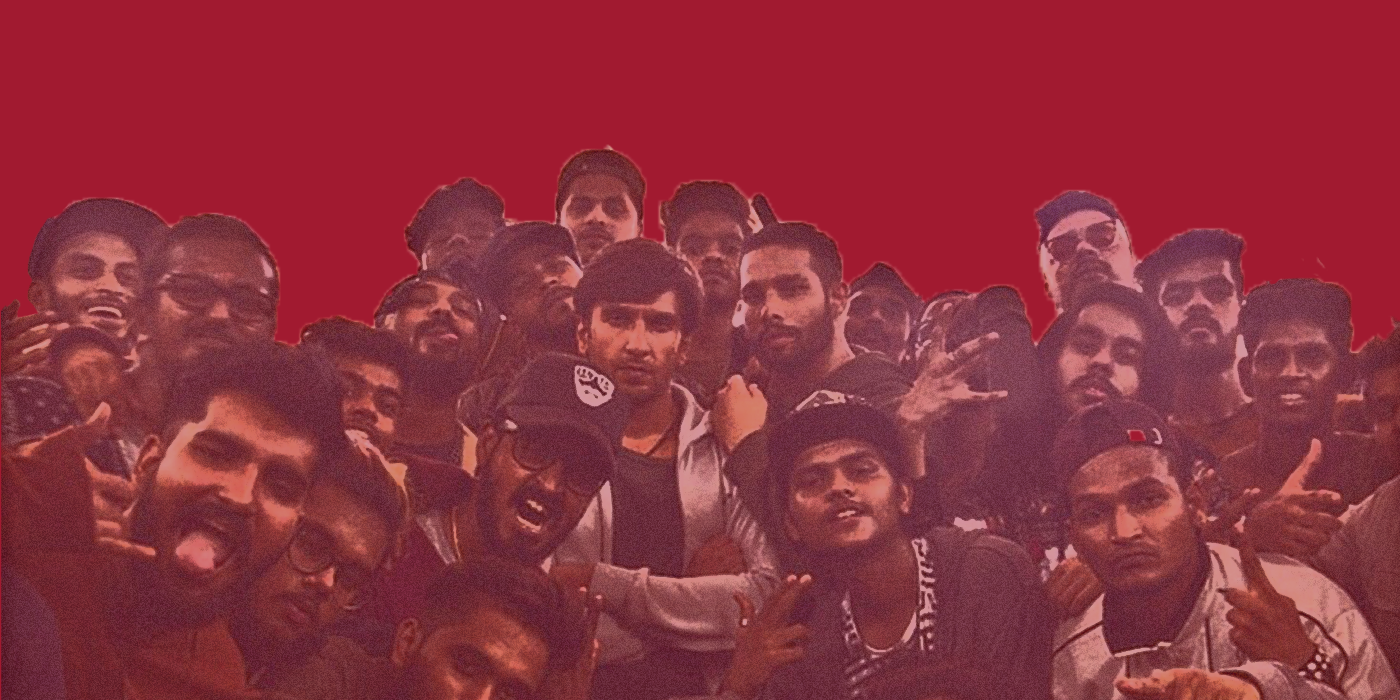 Comparisons to the original were inescapable ever since the film version of the hit Divine and Naezy track ‘Mere Gully Mei’ was out. However, deliberating on the rapping skills of an actor to that of a person who earns their bread and butter spitting jwala on a daily basis is futile. And it’s fitting that Singh’s character, Murad, catechises in the trailer, “Koi doosra mere ko bataaega mein kaun hai?”

The Gully Boy soundtrack is authentic in every sense of the word. Director Zoya Akhtar’s decision to snub the traditional Bollywood composer route and employ someone like Ankur Tewari as the music supervisor is rather obvious than bold. In theory, Tewari is a perfect fit for a film about a couple of independent rappers navigating and finding their voice in a bubbling and nascent music scene. He has been seesawing between the Indian independent music circuit and Bollywood for almost a decade now. For Gully Boy, Tewari has assembled an excellent arsenal of rappers, producers and composers to execute Akhtar’s vision.

This is one of the most diverse Bollywood soundtracks in a very long time. It sounds so fresh and employs some of the biggest names in the scene, that even calling it a ‘Bollywood’ soundtrack sounds weird and odd. Take for example the last song of the soundtrack, ‘India 91’. It is nothing like the previous seventeen tracks on the album. Mridangam maestro Viveick Rajagopalan conjures an amalgamation of Hindustani and Carnatic percussions and peppers it with Konnakol. The product sounds as if Rajagopalan never quit his project file after completing Ta Dhom Project. Nonetheless, the canvas for MC Altaf, Noxious D, Maharya, 100 RBH & MC Todfod and MC Mawali to spit their verses on is genuinely unique.

Chandigarh electronic music producer Dub Sharma, known for his politically charged dance tracks, helms similar themes in this soundtrack. ‘Azadi’ is a remake of his most well-known track which features an audio sample of Kanhaiya Kumar’s Azadi speech. The version for the film features Divine deftly training his guns on the systematic corruption and politics.

In ‘Jigostan’, Sharma talks about the environment of fear and danger that engulfs the nation just before elections. Do Hazaar Atthrah Hai / Desh ko khatra hai resounds along with neatly chopped up vocals over a slick dubstep production.

‘Jahaan Tu Chala’ and ‘Jeene Mei Aye Maza’ provide much-needed breathers after the production-heavy tracks. Both songs feature the composers’ signature sound. ‘Jahaan Tu Chala’ is a quintessential Jasleen Royal track, which needs just her distinctive innocent voice and the guitar to make it work. Similarly, ‘Jeene Mei Aye Maza’, written and sung by Ankur Tewari is a standard Ankur Tewari track; simple guitar riffs, incremental buildup, affinity for accidentals and harmonic minors and a hint of a quirk in the production.

Now coming to the star of the film, Ranveer Singh, who has lent his voice for seven out of the 18 tracks in the album. He is by no means the star of the soundtrack, but it does not take away from the fact that he has studied the scene meticulously and worked hard to not stick out like a sore thumb in this album. Singh has his own voice and stands on his own. His best rap performance comes in ‘Kab Se Kab Tak’. And he renders Javed Akhtar’s words with restraint and simplicity in ‘Doori’.

There are tracks which exhibit that to label everything ‘gully’ would be folly. On ‘Har Gham Mein Khushi Hai’ Ace with his larger than life production that could be fit for a top-billed MMA fighter’s entrance theme. In ‘Kaam Bhaari’, rapper Kaam Bhaari and Ankur Tewari blend gully slang with a funky production.

Then there are tracks which fail to hit the mark and take you out of the experience briefly. ‘Goriye’ can easily be accused of pandering to the big fat Indian wedding and Delhi club scene. Punjabi rapper Desi Ma keeps things interesting with her suave flow, but that’s it. This is also the only song which prominently features a female rapper. It’s weird to think that someone like Hard Kaur couldn’t make the cut even though she has been one of the most influential voices in the scene.

To achieve cohesiveness and a sense of narrative in a project as massive as Gully Boy is not easy. Tewari deserves laurels for bringing together artists with distinct style and sound and try to adequately represent the scene on a canvas which loves to stereotype.