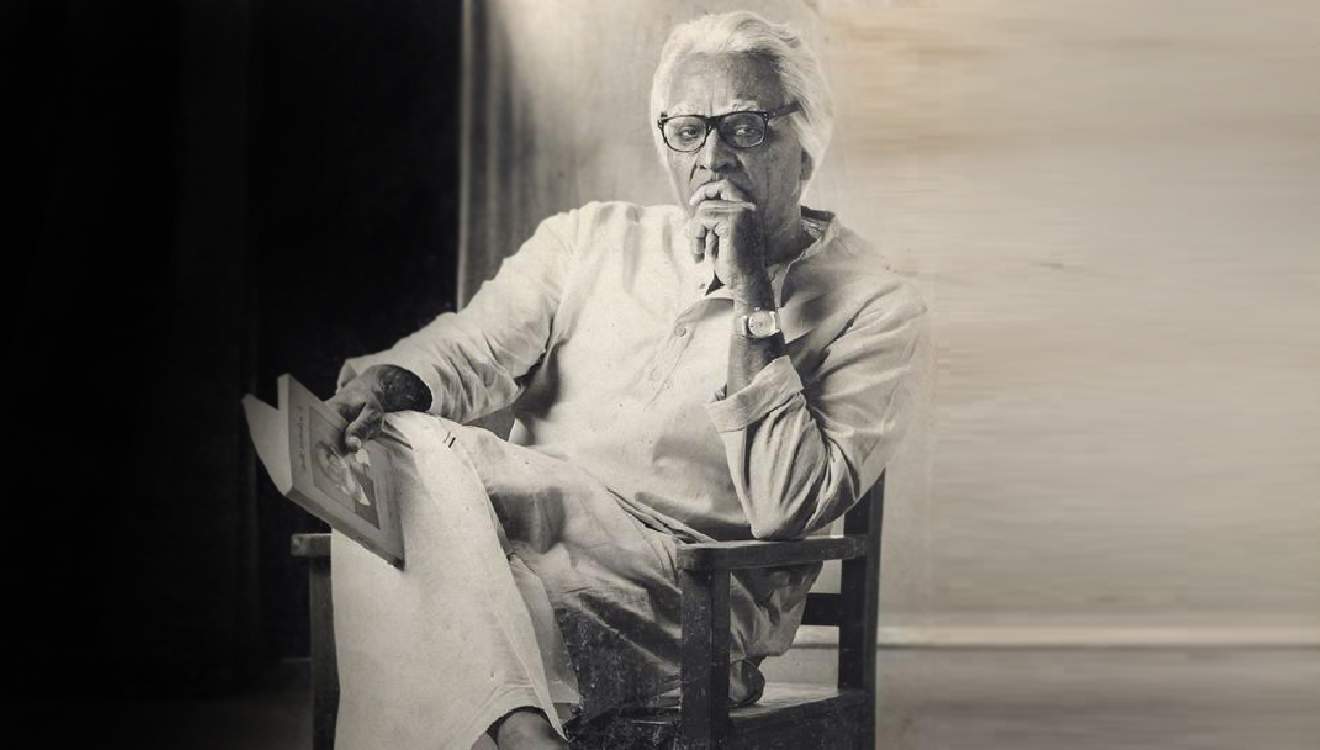 Govind Vasantha, the man behind this year’s sensational soundtrack for the Vijay Sethupathi and Trisha starrer smash hit ’96, had gone on record to say that he’s not particularly fond of creating ‘happy’ music. A fact that was more than conspicuous in ’96. Even the decidedly romantic ‘Kaathalae Kaathalae’ had a sinister sense of palpability going on for it. Govind’s film covers also have a similar uniformity when it comes to his choice of songs that oft deal with melancholia and haunting melodies.

Seethakaathi, his follow-up to ’96, has provided him with the absolute delight of working on preferred ground. Starring Vijay Sethupathi (again!) in the titular role, the film has seven songs, all brimming with individuality.

‘Ayya’, the first track to be released, is undoubtedly the star of the album. The composition could have easily been mistaken to be a work of Thaikkudam Bridge, Govind’s acclaimed Kerala-based band. Crooned by the swashbuckling Vijay Prakash, the song rooted in aggressive percussions by Vikram is akin to a befitting war-cry. Vijay, who’s in phenomenal form, puts his powerhouse range to optimal use, translating the composition’s bellicose nature exceptionally. The nadaswaram and tavil based interlude, based in the Carnatic ragas Dharmavati and Hemavati, act as the perfect prelude to the recital of a brief verse by ace director Thiagarajan Kumararaja. The verse, a thumping, metaphorical character study of the protagonist. Incidentally, Govond’s ‘Anthaathi’ from ’96 also had a recital by veteran actor Nasser. Thiagarajan, whose next also headlines Vijay Sethupathi, is in top form with his riveting lyrics augmenting the song. The song hits an unnerving crescendo with the face-off between the nadaswaram (special mention to the phenomenal Bala) and Vijay Prakash’s minimally audible ‘Manodharma’.

‘Avan’ has Govind Vasantha collaborating with Harish Sivaramakrishnan, the acclaimed vocalist of Bangalore-based Carnatic rock outfit, Agam. It pleasantly reminds you of Amit Trivedi’s glorious work for Anurag Kashyap’s Dev.D. The song is particularly reminiscent of the heartbreaking ‘Paayaliya’ from the Devdas rehash. Based in Dharmavati, the song is a sombre yet poignant affair. Written by Madhan Karky, it is a literary ode to a supreme force, a probable nod to the lead character in a potential allegorical reference to the south Indian tendency to elevate their stars to demi-god statuses. The choir-like chorus and veena based interludes work like a dream, ably supported by the predominantly a cappella based percussion. Harish, an erstwhile Carnatic genius, consciously mellows himself down to emulate the evocative nature of the song. Fans of the duo would love to have more such gems to culminate from their potent liaison in the future.

‘Uyir’, sung by Govind himself, ably encompasses the vibe of the lead character and the film, in tandem. Casually based in Dharmavati again, the song is the personification of desolation. Govind has once again established his stature as a supremely emotive vocalist, actualising the most intricate of nuances from his composition. The song, on any other day could’ve passed off as a Mohan Sithara composition, but for Govind’s own trademark of enabling his accompanying instruments. The veena, in this case, has truly been exploited by the prodigious Bhavani Prasad, who earlier worked his magic in ‘Avan’.

‘Isai’ has Vishnu Vijay completely taking over on the flute. It is a gloriously ambient composition. With just keys and the ambient synth for company, Vishnu Vijay let’s himself loose, improvising with abundance, flowing free. Staying true to the general morose timber of the soundtrack, the flautist bases his piece on a Hindustani music inspired track that quivers and wavers between diverse ragas like Purvi Kalyani and Chakravakam. The track again solidifies Govind’s ability to create protagonists out of his instrumentalists, being one himself.

‘The Journey of Aiyya’ is a delight for the aficionados of all things melancholy. Essentially an instrumental encore of ‘Uyir’, the song is flanked by a plaintive cameo by flautist Vishnu Vijay and a rousing violin solo by Govind. It is mildly reminiscent of ‘Separation’, one of Govind’s grossly under-appreciated tracks from Bejoy Nambiar’s 2017 bilingual ‘Solo’.

‘Theme of Seethakaathi’ again takes off from where ‘Uyir’ left, building on the deeply moving piece on keys. Particularly impressive is Govind’s knack of creating a captivating synergy of chorus and orchestration, a trait that’s usually associated with the legendary Ilaiyaraja.

‘Kozhi Onnu’, a relatively more pleasant track, is a quintessential folkish affair. The song implements minimal orchestration, with the percussion taking you back to a few of AR Rahman’s 90s tracks and the more recent ‘Otta Thumbi’ from Pullipulikalum Aattumkuttiyum by Vidyasagar. Crooned by Pushpavanam Kuppusamy, the track has been written by  Yugabharathi.

This is the composer’s best year so far, with respect to the deserved appreciation and the quality of music produced. Seethakaathi is as wholesome an album as ’96 is. Hopefully, the man can revel in more such dark themes in the future, because who wants an overdose of happiness and merriment, anyway. Chicken soup for the melancholic soul indeed!