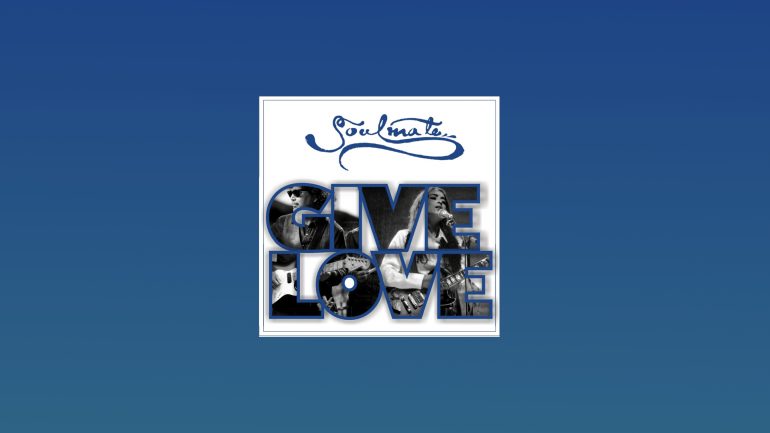 Soulmate keep it steady, sombre and fun throughout Give Love

When Shillong’s Soulmate visited their second home at the Mahindra Blues Festival in Mumbai in 2014, the crunchy Hendrix-esque opening riff to ‘Sunshine’ nearly shook the whole venue into attention.

That song was off their 2014 album Ten Stories Up, recorded at one of the best studios in the country, Yash Raj Films Studio in Mumbai. The chicken picking and piercing guitar leads of Rudy Wallang carry forward impeccably six years on with their new album Give Love and its radiant opener ‘The Way We Are’. Vocalist-guitarist Tipriti Kharbangar shouts her throat out straight off, backed by an easy-going rhythmic duo that is drummer Vincent Tariang and bassist Leon Wallang.

The well-paced foot-tapping grooves of ‘Don’t You Miss Me Baby’ is all Rudy, ever the pointed bluesman when it comes to lyrics about love interspersed with soaring guitar leads. There’s a bit of Clapton, Keith Richards and the classic rock ‘n roll sound that shines on the title track, but where there’s even more pointedness on this album is when Soulmate become seekers, philosophizing in different hues on ‘Hole In Your Soul’ and ‘Troubled Times’.

While Kharbangar goes fully saccharine in her vocal melodies on ‘Hole In Your Soul’, the track is heightened by a chorus of children, singing about money, greed and corruption. The mellow track hits just the right spots and ‘Troubled Times’ is such more morose in its guitar phrasing and solos. Wallang offers a message of grit and determination by the end, asking the world to reject most politicians and false preachers. Also on the mellower spectrum is the tender, echoing ballad ‘Still Loving You’ in which Wallang’s guitar does all the singing – and a little bit of wailing too, of course.

The rest of Give Love is a rollicking ride, just as any standout blues album should be. ‘I Sing the Blues’ delivers high-energy, quick-paced beats for Kharbangar’s roaring improvisations and harmonizing, while ‘Soulmate Boogie’ is the mostly instrumental call to a dance-off. The range within the album really shines, with Soulmate perhaps intending to create an album you can start with any track and let shuffle mode take over.

They arrange Koko Taylor’s ‘Voodoo Woman’ and close off with ‘Your Love’ with total panache that no band in India can perhaps carry off this well. Kharbangar and Wallang are in perfect sync when it comes to guitar and vocals, finding a cue with a precision that never gets tiring to spin. Soulmate’s Give Love might have its serious moments, but it’s very much a party-starter.

Just as blues music in India continues to stay steady thanks to artists like Soulmate and Blackstratblues, Give Love is another worthy addition to the canon.