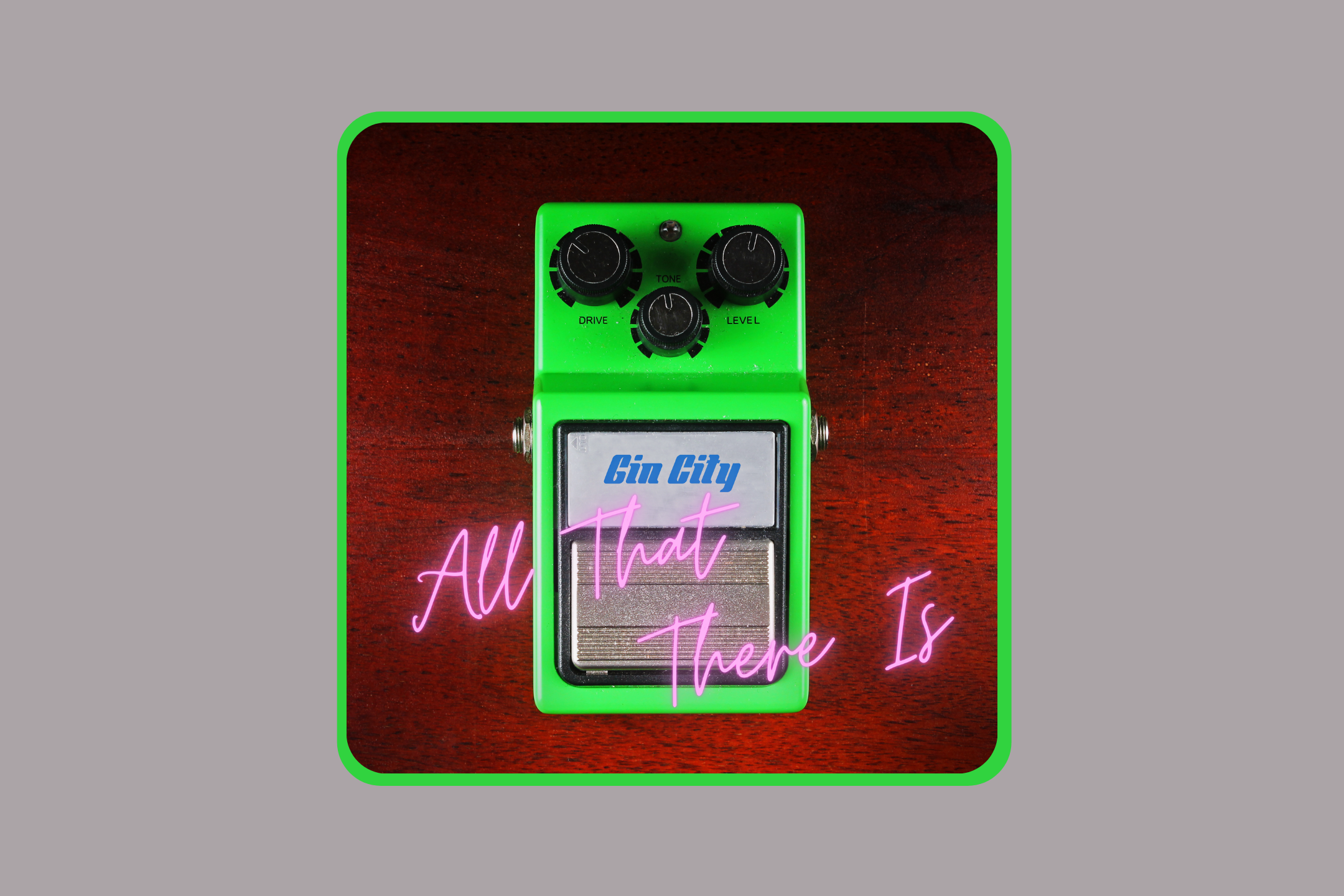 It’s always a good sign when an album provides a space for emotional release, spontaneous headbanging, and leaves you feeling free-er than you did when you started listening to it. And, Gin City’s debut EP, does just that. The quartet has coloured 2021 with seven hard rock tracks on the album, All That There Is, and they’re primed to make you perk up and listen.

Featuring previously released singles, ‘Old and New’ and ‘Secrets’, this EP traces a spectrum of themes, befitting a debut effort. Delivering a gut-punch of an introduction, the first track, ‘Animal’ asks listeners to embrace and honour the animal inside them. Percussion takes centre stage on this one, leaving a considerable impression, the first time around. Laden with punky guitar riffs and energetic vocals, ‘Animal’ is an intelligent pick for an entry into Gin City’s world.

The tracks ‘Blackout’ and ‘Ambush’ arrive next, like a pair of sonic brothers, just similar enough to settle you in for the rest of the EP. ‘Blackout’ stands out with a mean guitar riff that fills up the first 40 seconds of the track. The only perceivable problem with it? It could be longer. The track proves to be a steady rocker, offering a varied vocal arrangement and skilfully offering empty spaces in between. ‘Ambush’ ceases the mood set by ‘Blackout’, and is arguably the most vocal track on the album.

Halfway through, ‘Old and New’ arrives to completely disarm you. This one sets the tone with a relatively mellow acoustic riff, while vocalist Shishir Singh croons the refrain over the next few, steadily growing bars. Of the seven on the EP, this track features the most varied arrangement, flowing in between quirky bass hooks, impactful guitar riffs, and low and high tones. The track’s successor, ‘Too Much To Ask’, follows in similar footsteps, leading you to the most accessible track on the EP – ‘Secrets’.

Shining bright on this album, ‘Secrets’ offers up a different side to Gin City. Far more mellow in its sonic rendering, this one walks on the lines of soft rock. Featuring a melodic acoustic riff, and a slower percussive experience, the song gives you the time you need to take all those bursts of energy, courtesy of the first five tracks, and compose yourself. This one’s an old-fashioned, familiar foot-tapper, preparing you for the curtain call, the final track on the album, ‘Nevermore’.

Speaking of the track, Gin City says, ‘Nevermore’, is an end befitting to the range of emotions conveyed through the tracks. Replete with all the rock elements heard in the first few tracks of the EP, and then some, ‘Nevermore’ closes out the All That There Is experience in an authentic fashion.

All That There Is has been intelligently put together. While it crafts a sound unique to Gin City, it doesn’t walk into the trap of being too niche or inaccessible to a wider audience – a resounding advantage for a band in its early stages. It’s got enough space for everyone, or at the very least, almost everyone.

On their debut EP, Gin City doesn’t make the mistake of trying too hard. All That There Is, in all its sincerity and authenticity, is simply proof that they’ve tried hard enough.