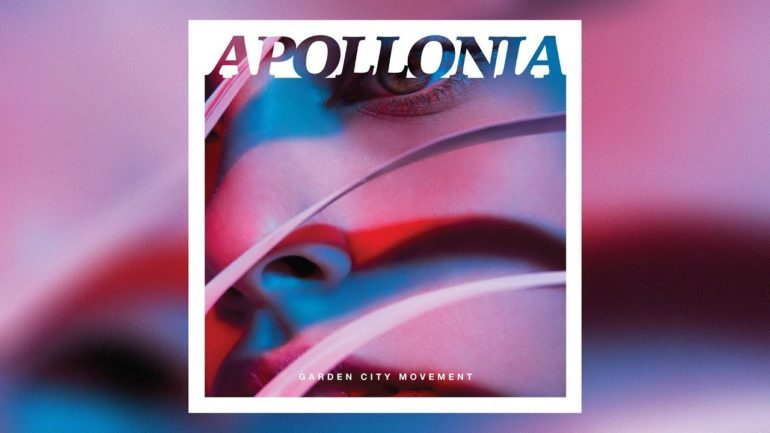 To kindle a cinematic experience using diverse instruments, intricate samples, lush synthesisers and dreamy vocal layers has always been Garden City Movement’s forte ever since their debut EP Entertainment. Roi Avital, Joe Saar and Johnny Sharoni, the trio from Tel Aviv has added a certain sense of melancholia to all that in their latest and most substantial body of work, Apollonia, released through the label Night Time Stories. It could well be the result of inclining towards more defined vocal melodies and lyrical substances, as they did in their hit single ‘Move On’ rather than leaving them as fragmented snippets as they have often done in the EPs that followed since.

Apollonia’s first real sense comes through in the tracks ‘Passion Is a Dying Theme’ and ‘Before I fall’ that follows the intro ‘Again’. Garden City Movement then brings out the first instrumental track of many in the album, ‘Ueno Park’. The instrumentals, on the whole, have been quite cleverly laid out in the entire album to sound more like elaborate improvisations rather than as standalone tracks.

Songs like ‘A Means to an End’, ‘Rini’ and the first single released from the album, ‘Slightly all the time’ is where the band is at their best – traversing through their trip-hop and chill-wave influences quite brilliantly.  What is also noteworthy is the band’s usage of trumpets in the song ‘I Knew Before I Met Her’, a well-defined bass sound in ‘Foreign Affair’ and probably for the first time, acoustic drums that would sound quite refreshing for Garden City Movement’s longtime listeners.

It is towards songs like ‘Now’ and ‘Bitter moon’ that the album starts to lose a little bit of its sheen. Moving through tracks like ‘Zaire’ and ‘Mediterranea” you are left missing the compactness and refinement the band had in their EPs Entertainment and Modern West. The title instrumental track ‘Apollonia’ does little to lift the spirits. The trio does manage to close out the album well by bringing songs like ‘Sans Tire’ which is sure to be a discotheque favourite on the band’s upcoming album tours.

For a band that has three EPs in as many years and tours around the globe supporting acts like Bonobo, Caribou and Alt-J, their first LP is a defining moment. Maybe so much so that they chose to have more songs in it than the entirety of their discography. After releasing EPs that had a runtime around the 20-minute mark that always left the listeners wanting a little more, the hour-long album seems quite the radical shift. One that Garden City Movement could have eased into rather than throwing their entire weight behind it. In the end, Apollonia is not one for an album-long listen, rather a record that could bring you back to a few gems concealed in it, managed you unearth them carefully.