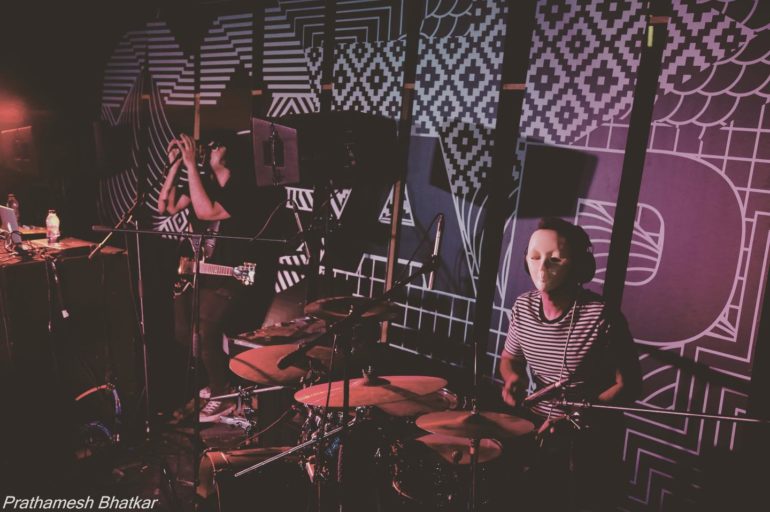 The long-standing electro-rock duo from Mumbai loses itself in a flattened mess of an album that has no breathing room.

At first glance, FuzzCulture appears to be an interesting mix of elements. Its older material from circa 2012-2014 had an air of promise: grungy riffs against danceable rhythms that were suitably aggressive, with enough glitchy textures to set them apart from other acts. People did take notice, with the band playing the circuit in India along with a smattering of shows across Asia. It signed to a major label (major enough for India at the time), got its own VEVO channel on YouTube, and put out two albums within a short span.

Cut to present day, and FuzzCulture is back to being independent, a factor that would have greater influence than assumed. Its latest endeavour, Escape to Where You’re Wanted, is evidence that very little has changed by way of sonic exploration.

The little that has changed revolves around the many ill-advised production choices littered throughout this album. The first half tries repeatedly to drive home this unholy marriage of staid alt-rock riffs with electro beats, as is the case with ‘Beautiful and Valid’ and ‘All My Friends are High’, the first two tracks. This shoehorning of ideas is a recurring motif.

‘Birds’ starts well with a neat intro moving into a groove reminiscent of the Prodigy’s heyday. The song offers plenty of button-pushing fun, with a reasonably catchy vocal refrain. With the titular ‘Escape to Where You’re Wanted’, the duo offers a more relaxed version of themselves, while still throwing out soaring vocal refrains.

‘Kids in the Dark’ indicates more of the same, but improves vastly towards the latter half. A slinky melody that’s been pitch-shifted and reversed to hell and back gives us one of the best moments on this album so far, evoking Bromst-era Dan Deacon. Five songs in, and we’re met with ‘Toast of the Town’, the lead single with its own video. The meaty fuzz bass riff sounds like a ton of fun, brief respite from the constant reminder of an album replete with piss-poor production choices.

Okay, there is clearly a lot to unpack here. To the uninitiated, this album may seem a little contrived and a little dated. The vocal lines are tired and uninspired save for a few instances and far too reliant on familiar post-grunge affectations that do more damage than good. The programmed beats are lazy at first, gets more hectic as the album moves along, all the while being devoid of personality. Even painfully, sometimes; the stutter/glitch effect is used to the point of parody.

Arsh Sharma’s proprietary brand of production seems to involve stacking layers over and over, leaving no room for any instrument, or any section of the song, to breathe! The lyrics veer from brooding to angsty, with varying payoffs. The worst example of this appears in ‘FTW’, the penultimate track; the refrain recycles the phrase “fuck the world and its fucking games!”, a rant obviously meant with sincerity, but sounding closer to a child throwing a tantrum.

The songs feel like they have existed in some form, for quite some time. One can construe that the songs may have been piling up; constraints, budgetary or otherwise, could have forced them to stay unreleased, until now. The album closer dates back to 2015 when it was a staple of the act’s live set. Cruelly titled ‘Do We Get A Grammy Now?’, the song should have acted as an early snapshot of a band, but only succeeds in hammering home the glaring point that not a lot has changed. For someone a little more aware of the machinations of the indie scene, the album feels like an exercise in bloodletting. An exorcism for the band to just get it out of its system and move on.