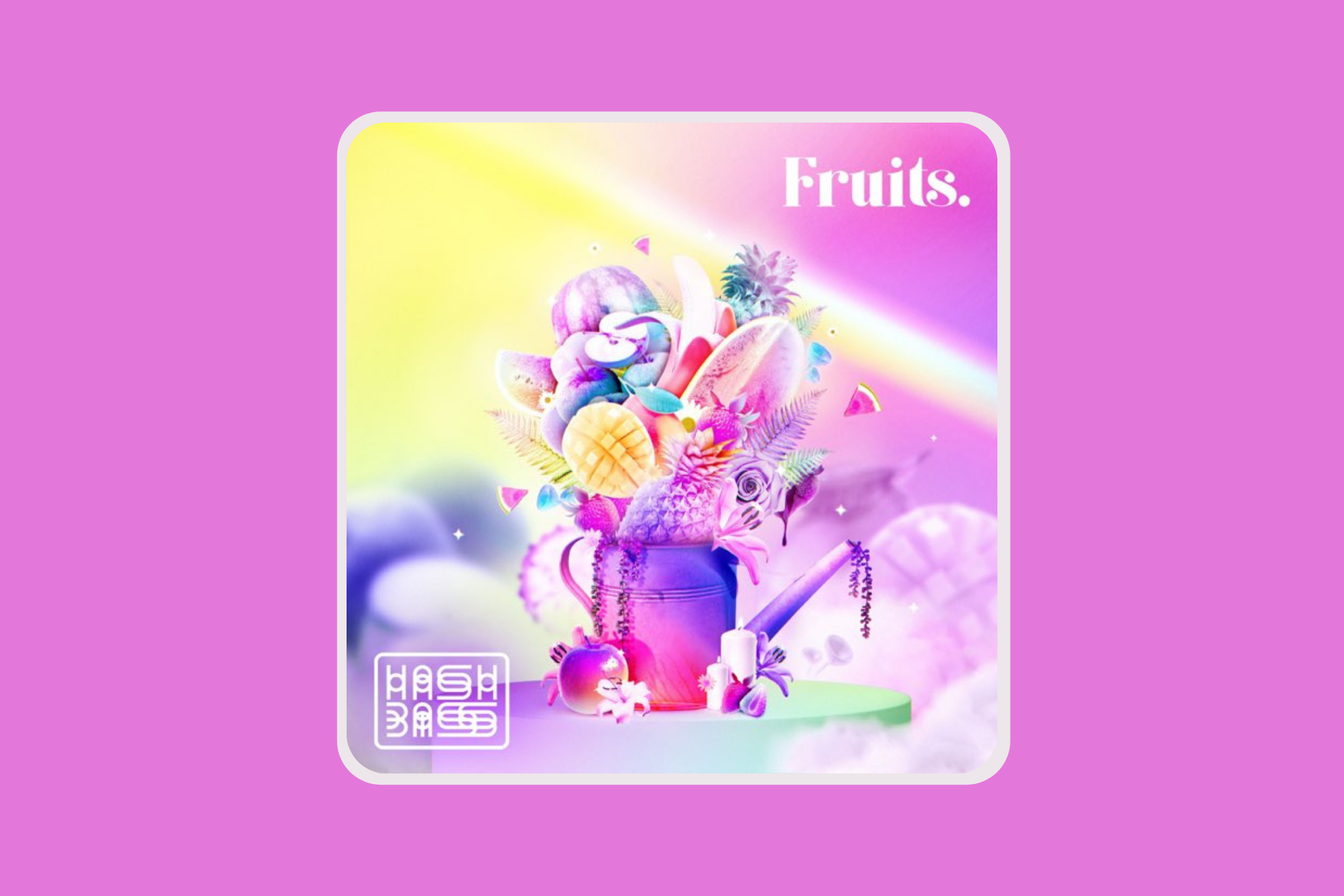 Hashbass harvests music for many moods on EP Fruits

As much as the world can malign bassists, it’s universally acknowledged that they bring the groove like few others in a musical setting. You might joke about how everyone starts talking during a bass solo, but we’re discounting just how much a good bassline or lead can really take a song places.

Within India, you needn’t have to look further than New Delhi-based bassist, music producer, and synth artist Harshit Misra aka Hashbass, who’s been an indispensable part of the scene for a few years now. Often sporting a striking blue mop of hair on stage, Hashbass has been a force behind the low-end sonics for the likes of DCF Shapes, Sid Sriram, Shubha Mudgal, Prabh Deep, Suraj Mani and the Tattva Trip, Bollyjazz and most recently, Ankur and the Ghalat Family.

The Ghalat Family’s set at the recent NH7 Weekender was Hashbass’ time to shine, imbuing airy layers of synth-bass as well as just generally adding to the jovial energy of the folk/rock band led by singer-songwriter Ankur Tewari. Beyond countless sessions gigs and DCF Shapes, however, the bassist has come into his own with solo material over the last two to three years.

He may have experimented with a star-studded song like ‘For Anita’ (dedicated to his late mother) featuring Blackstratblues aka Warren Mendonsa and Shubha Mudgal, but Hashbass has steadily honed his craft as a beatsmith. The best example of this is undoubtedly EP Fruits—his six-track deep dive into funk, hip-hop, synthwave and more. Employing a smattering of vocal samples when you least expect, ‘Mango’ starts off with shimmering rhythms and ends sort of abruptly, but maybe there’s no better way.

‘Pineapple’ lands at an impervious junction of hip-hop and synthwave jam, which bears the sheen of a late-night home-alone banger. ‘Apple’ seemingly borrows from the wonky, genre-bending electronica of artists like Gorillaz. The string section is likely to turn heads, even though it ultimately comes across as more of a looped idea that’s built upon and then finished up as randomly as it started. ‘Banana’, however, oozes with intent as it journeys from a subtle horn portion to melt into a bass noodling session. It makes Fruits seem more and more like a beat tape comprising ideas that Hashbass has perhaps fleshed out into full songs.

There’s abstraction, of course, but it’s never aimless music, Hashbass knows where he wants to take every progression, as is heard on the penultimate track ‘Watermelon’. After about a minute of synth, bass and trip-hop trajectories, the guitar lines take the spotlight, followed by intriguing vocoder vocals that take a page right out from the book of electronic pioneers Daft Punk. Hashbass takes a total turn away from that space on ‘Strawberry’, though, digging into an Afrobeat-like rhythm and unleashing synth patterns and vocal samples that arrive right at a wondrous kind of hip-hop and trip-hop.

All in all, Fruits holds a lot of promise in that it’s not a lengthy, prolific instrumental record that’s overtly self-indulgent. If anything, it’s Hashbass dipping his toes into new waters once again and giving us indefatigable tunes.