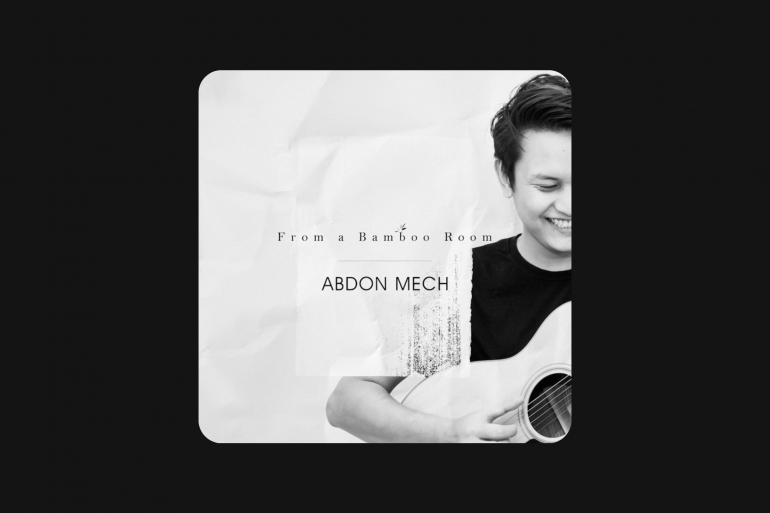 Abdon Mech’s music is like a clear mountain spring on a radiantly sunny day. It is transparent, uncomplicated, and a mirror to your deepest-and-yet-somehow-most-universal impulses and anxieties. Take the first lines of the first song ‘Human’ from his debut EP From A Bamboo Room:

“I have fallen too many times, I couldn’t keep track, I’m trying to be better than who I am, And I have lied about some things, I could have been more truthful, Who am I kidding? I’m a mess”

The lyrics are uncomplicated; sometimes reading like unpoetic words straight out of conversations you might be having with a friend on a particularly difficult day. Abdon takes the most relatable moments of angst and self-doubt; embellishes them with the gentlest glitter of guitar and turns them into introspective gold. His voice is a pleasurable baritone, but he is capable of turning on the tenor. Vocally, Mech captivates while lyrically, he simply confesses.

‘Dopamine’ is bewitching in its upfront revelations of love. Mech uses a generous helping of fluttery metaphors: “If I gathered all the letters of the alphabet and put them in a book still I’d fall short of words for you.“ But his willingness to be vulnerable makes the whole thing ring true and inspires affectionate giggles. The song is a conversation, a lilting exchange between Mech and Kohima-based singer Akhrieze. It’s two lovers simply being in love, paring down all other details and just getting to what matters.

‘Come My Way’ came out of a single guitar riff in Mech’s head. He turned it into the story of a boy waiting for his as-yet-unknown beloved, set into a vibrant, bright musical frame. On ‘Gonna Be’, he revisits love, but strips away the unrealistic sheen pop culture often forces on it.

“We’re never gonna be like those lovers in movies. We’re never gonna have some background music playing. But all of you see that it’s simple when it’s love. Cause I don’t need a thousand cameras to tell you I love you”

Again, Mech somehow turns everyday awkward scribblings into easy beauty and accessible happiness. It’s nice to hear a lover give you a heads-up about their failings, especially when they have a patina of twinkling guitars to string their confessions on.

‘Give Me My Soul Back’ was released earlier as a single, lamenting the ennui into which the pandemic had tossed the world. It reminds you of the smell, often invisible things we have to live for – a worthy reminder in a time when we are back to being cattle-prodded into whole new levels of physical and psychological repression.

Harking back to a less noisy time when it was just him and his guitar in the bamboo room he was living in while starting off, Mech’s EP provides 17 minutes of an excuse to lay back and let someone else take you along on their stories. Its sound can be best described as the feeling of floating in a quiet pool warmed by the sun. Its expressions of all too familiar failings and longings are a thing of beauty and a messenger of joy.